It’s a bit of a stretch, but there are only five degrees of separation between me and Charlie Manson.

"We can look it up if you don’t believe me. I’m only four degrees of separation from Charles Manson.”

I was in a Mexican restaurant near Los Angeles having dinner with my friend Jeff, a television writer, when he revealed this startling fact. And if Jeff was only four degrees from Charlie, that made me five degrees removed from the infamous mass murderer.

In case you’re confused, “degrees of separation” refers to the concept that everybody on the planet is connected, and that you can jump from one person to the next, degree by degree, and trace the connection. Social psychologist Stanley Milgram tested the concept by sending postcards to 100 randomly chosen Omaha residents. He asked them to pass the cards along, friend to friend, connection by connection, until the postcards reached a stockbroker who lived near Boston. The average number of passes was six, and from that we get the popular idea that there are only, on average, six degrees of separation between any two people.

Milgram’s theory makes my connection to Manson slightly above average. Here’s how it works: I know Jeff, who worked on a TV show some years back. Its star had lived in a house among the canyons north of Beverly Hills and moved out during the Summer of 1969. One month later, Roman Polanski moved into that house with his wife, Sharon Tate. Soon after, Tate and other guests at the house were killed by the “family” under orders from Manson. A bit of a stretch, but that puts five degrees between me and Charlie.

The entertainment industry’s connections spawned the Kevin Bacon game, where you link actor Kevin Bacon to other Hollywood celebrities in six connections or less. There’s even an academic Web site, The Oracle of Bacon at Virginia (http://oracleofbacon.org) dedicated to it.

Yet six degrees is nothing compared to the close connections found in the healthcare technology management, service and support industry. If there are three degrees between anyone in our business, I’d be very surprised.

Recently, another Cornell scientist, Jon Kleinberg, improved the Strogatz-Watts model by adding a bias to the placement of the wide connections, creating an inverse square model. “The inverse square model is more like the geographic view of Milgram’s experiment,” explained Kleinberg. “If you live on the West Coast and need to forward a message to someone in Ithica, you can guess that a resident of New York state is a good first step in the chain.”

Kleinberg’s model explains why you can track ultrasound developments along the West Coast, pulse oximeter trends around Wisconsin and Minnesota, and radiology training techniques to Cleveland. When a person moves from one company to the next, they often don’t move very far, and they carry a unique style that will influence new projects. Tracking connections in our industry can help you understand why a particular company offers a particular technology. Sometimes the connections reveal the culture of firm, and are more important than the technology.

So let’s embrace our close-knit network and relish the connections we make. No matter what aspect of the business we’re in — manufacturer, independent or hospital-based support — we all share close roots.

Back at the restaurant near L.A., I reflected on Jeff’s revelation and realized I’m even closer to another mass murderer; a fiend even more heinous than Charles Manson. It goes like this: I went to high school with John Miller, now a television reporter and one of the few western journalists to interview leaders of al-Qaida. That’s right, I’m only two degrees removed from Osama bin Laden. 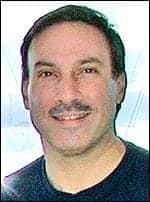