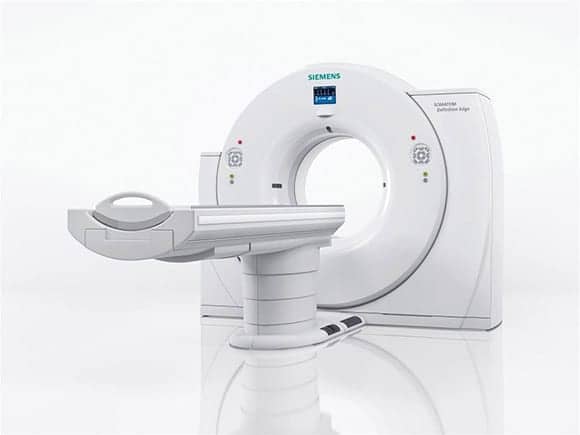 Siemens Healthcare has released the new version of its SOMATOM Definition Edge CT system, which features a TwinBeam Dual Energy x-ray tube concept that reportedly splits the x-ray beam into two different energy spectra prior to reaching the patient. Siemens says the new version of the Edge CT makes simultaneous imaging at two different energy levels possible in single-source CT. The result is concurrent generation of dual-energy images, according to the company.

“With this technology, we are laying the groundwork for dual-energy imaging in single-source computed tomography to be used in routine procedure,” said Walter Märzendorfer, CEO of Computed Tomography and Radiation Oncology at Siemens Healthcare.

According to Siemens’ announcement, the company believes the new version of the Edge CT can also simplify the radiology workflow. Unlike other single-source dual energy CT imaging, the acquired dual-energy data sets are preprocessed directly after acquisition. The data sets also can be sent automatically to the PACS with the aid of Siemens’ new Fast DE Results technology.

Both the TwinBeam Dual Energy and Fast DE Results technology are awaiting 510(k) clearance, and are not yet commercially available in the United States. More information about Siemens’ computed tomography (CT) systems and related technology may be found on the Siemens Healthcare website.