Bioquell, a company that specializes in the design, manufacture, and application of complete bio-decontamination solutions for airborne and surface contamination, has announced that a hospital in England has used its superbug-killing technology to reduce infections of norovirus, an extremely contagious pathogen.

According to Bioquell, norovirus outbreaks have dropped by 91% at the Queen Alexandra Hospital in Cosham, Portsmouth, England, as shown in a study published in BMJ Quality & Safety. The hospital reportedly implemented a multidimensional quality improvement initiative based on the use of Bioquell’s hydrogen peroxide vapor, a superbug-killing automated room disinfection technology with cleaning robots, to stop the spread of the contagious pathogen.

According to Bioquell, the Centers for Disease Control and Prevention reports that there are 19–21 million norovirus outbreaks annually in the United States, costing nearly $2 billion in treatment expenses and lost productivity. It is estimated that 63% of norovirus outbreaks occur in a healthcare facility. In addition to causing unpleasant and sometimes serious symptoms in patients, the virus can disrupt the operational capacity of a hospital

As a result of the initiative, the hospital has had no outbreaks since 2010, and rare single cases have been contained with no transmission to other patients or members of staff. The Bioquell Q-10 suite cleaning robots used at the Queen Alexandra Hospital rely on hydrogen peroxide vapor to decontaminate rooms. According to Bioquell, this technology has been proven to kill 99.9999% of pathogens. A smaller and faster version of the technology, the Bioquell BQ-50, is also available from the company.

Representatives of the Queen Alexandra Hospital report that the combination of new technology and better training and organization of the hospital staff are responsible for the reduction in infections.

For more information about the hydrogen peroxide vapor technology, visit the Bioquell website. 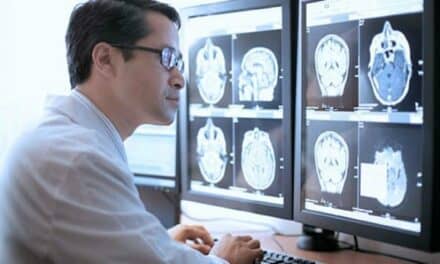