As Internet of Things Prepares to Take Off, Is Healthcare Lagging? 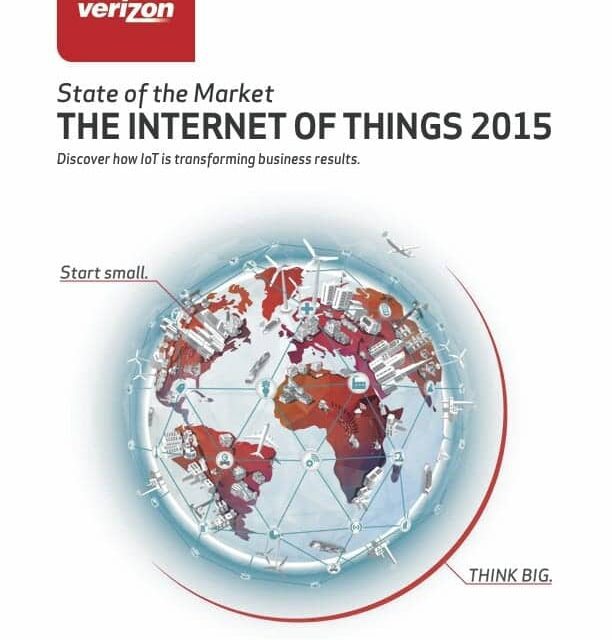 A report on the state of the Internet of Things (IoT) issued today by Verizon Enterprise Solutions predicts that the number of interconnected devices will rise from approximately 1.2 billion at the end of 2014 to 5.4 billion in 2020. While adoption is currently low—Verizon estimates that just 10% of enterprises have deployed IoT technologies extensively—a number of industries are actively pursuing the technology. Evidence in the report, however, suggests that the growth of IoT in healthcare is lagging significantly. 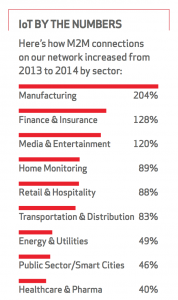 Based on the more than 15 million IoT-enabled connections that it manages for a wide range of industries, Verizon saw substantial growth in nine industry sectors. The list is topped by manufacturing, which increased the number of “machine-to-machine” connections managed by Verizon by 204% from 2013 to 2014. Healthcare and Pharma are at the bottom of the list, at 40%.

The report suggests that the most notable short-term IoT impact on healthcare will come from the wearables market. According to the report, governments and businesses are looking at how they can use wearables to increase safety and wellness and reduce the cost of medical care and lost productivity. It estimates that organizations will introduce more than 13 million health and fitness tracking devices into the workplace by 2018.

The report, “State of the Market: The Internet of Things 2015,” is available for download from the Verizon Enterprise website (registration required).