Biomeds at the Heart of Cardiac Imaging

24×7 visits three facilities renowned for their cardiac care units and learns the latest in imaging technology.

Seemingly in a heartbeat, cardiac imaging has emerged as one of the most invaluable services a hospital can offer.

“The technology now available permits not only earlier and better diagnosis of heart problems, it also allows treatment in more instances with minimally invasive procedures," says Richard J. Lee, CBE, director of clinical engineering at MetroWest Medical Center in Framingham, Mass, a Level III trauma center just now initiating a cardioangioplasty program that relies heavily on imaging of the heart. “Cardiac imaging is saving lives and it’s reducing the overall impact on health care system costs by getting patients out of the hospital sooner and in better condition than before,” Lee adds.

No surprise, then, to find more and more institutions scrambling to establish cardiac imaging programs of their own. Because cardiac imaging is proliferating, biomed techs need to acquaint themselves with the equipment involved—even though much of it is customarily (and necessarily by OEM design) maintained by factory-dispatched service personnel.

That is important if for no other reason than biomed techs can then be better prepared to assist in equipment purchasing decisions, believes Mark Goodwin, MD, director of the Edward Heart Hospital’s recently opened cardiac catheter laboratory in Naperville, Ill.

“In a cardiac imaging environment, you’ve got a lot of different products and vendors all locked together in a small box, so to speak," he says. “So asking the biomed techs for their opinions on which vendors and products they’d recommend can be a very valuable exercise."

“At one hospital where I previously worked, we were invited to go look at a cardiac cath lab," LaFleur recounts. “If I hadn’t been along on that visit, it might not have been noticed that the system being used there was one that would have started a war with our radiology department had we gone ahead and bought it. The capabilities of that system would have infringed on an interventional program radiology was offering."

Picture Perfect
In a good, solid cardiac-imaging service, the equipment centerpiece is, of course, the imaging modality. Imagers suitable for use in cardiac work include x-ray, magnetic resonance imaging, computed tomography, and ultrasound, although, traditionally, the system of choice for cardiac imaging has been a nuclear camera. Indeed, even now, nuclear cardiology stands apart as the largest and fastest growing segment of the nuclear imaging market—of the 15.5 million nuclear imaging procedures performed in the U.S. in 2000, 7.9 million, or 51%, were cardiology related, and that number has grown approximately 25% every year since then.1

The appeal of nuclear imaging is that it offers the ability to noninvasively measure varying degrees of physiological activity, including blood flow, organ function, metabolic activity, biochemical activity, and other functional activities in and around the heart.2 For this purpose, two primary equipment options exist: the gamma camera (the most widely used type of which is known as SPECT or single-photon emission computed tomography) and dedicated positron emission tomography, or PET.3

Increasingly utilized in cardiac imaging is intravascular ultrasound. According to Goodwin, this type of imager is particularly useful when it comes to the accurate deployment of stents.

“You can also deploy stents with x-ray, but intravascular ultrasound is simpler to use and so makes for better efficiency," he says.

Speaking of x-ray, software being developed right now for that particular modality should go a long way toward making it more useful in cardiac imaging. For example, Emory University researchers are currently working on a quartet of programs that will, among other things, use color-coded 3-D computer models to display the distribution of blood supplied to the heart muscle and to reconstruct the three-dimensional geometry of a vascular tree—all from just two x-ray images (a primary application of this yet-to-be-released software would be to better predict the optimal viewing geometry for a coronary angiography, which would have the positive effect of minimizing the patient’s exposure to radiation and improving overall comfort during the procedure).4

Cardiac images—regardless of the modality employed to produce them—are in most instances these days generated as digital output. Less and less frequently is that output committed to film. Instead, it is viewed, filed, retrieved, and routed entirely in electronic form using PACS (picture archiving and communications system).

A basic PACS consists of a server (most often Windows-based), a jukebox-type mass-storage unit, a workstation employing a high-resolution monitor, and network communications equipment to relay image data files from the modalities to the archive and from the archive to the workstation. Users can manipulate images at the workstation to enhance the overall appearance of those views or highlight specific elements so as to improve their diagnostic value (or to avoid the time-consuming and efficiency-killing need for reshooting images of marginal quality). A big advantage of PACS is that it greatly reduces (and, in the right circumstances, fully eliminates) the use of film as a medium for images. PACS also vastly simplifies the logistics of making images available to physicians and eliminates the risk of misplacing film.

Cath Labs
The trend in cardiac services now is toward procedures that are minimally invasive, such as balloon angioplasty. This explains the dramatic growth in cardiac catheterization labs, says Goodwin.

Cath labs operate with one or more imaging modalities. But they also require a state-of-the-art monitoring system.

“You need monitoring to be able to measure all the necessary pressures and parameters [and] perform interpretive analyses to make the job of the technicians and nurses easier and to help them identify problems to bring to the attention of the doctors at the earliest possible juncture," says LaFleur.

Following the procedure, adds Lee, “The monitoring system in the step-down unit where patients recover should feature wireless telemetry capable of delivering SPO2 oximetry, blood pressure, and ECG data. It should have multiple leads so that you can monitor ST segment changes in a patient who is exercising by walking the floor and thus be able to catch the development of things like cardiac ischemia. Monitors that offer 12-lead telemetric- or bedside-ECG are now the gold standard."

Previously, monitors were limited in what they could do. “Graphic trending and basic arrhythmia detection was about it," says Lee. “But, now, they permit presentation of tabular trends, which gives the ability to look at a patient’s total hemodynamic parameters being monitored during any selected time period."

Goodwin says a cath lab usually is outfitted with no fewer than three monitors.

“The first one," he explains, “gives you either a live fluoroscopy image to show you what you’re doing inside the patient, and the second one stores images so you know which artery went where when you’re trying to open up one with a balloon. The third monitor conveys hemodynamics, including ECG and blood pressure.

“The shortcoming of all this is that, right now, data moves unidirectionally—out from the cath lab, but not into it. If the patient had a previous procedure, I have to read about it before entering the room. During the case, if I have a question about the vessels that were bypassed, I may have to leave the room to look at that information.

“I see that changing in the next 3 to 5 years. I envision that at least one of the monitors in the cath lab will let me look at the prior cath report or a nuclear result or the lab work. It will be integrated, context-sensitive data obtained by the system after querying different databases in the hospital and then sending me the information and prior images I need. The benefit of me no longer having to step outside will be more efficiency in the cath lab and a better quality of care for the patient."

Another important piece of equipment in a cath lab is the balloon pump. The balloon pump is a left ventricular device to assist the compromised heart.

“Balloon pumps have come a long way in recent years," says Lee. “They’ve been designed now to trigger much more efficiently, which allows the balloon to inflate and deflate faster. That’s very important because, at slower speeds, the inflating and deflating is less effective on the physiology of the damaged heart."

For patients with high-level cardiac problems, this device can be hooked up to the monitoring system in the cath lab or the critical care unit. Here, the balloon pump pulls double duty as a left ventricular assist device.

“As such, it needs to have battery backup so that it can travel around with the patient, as might be necessary in the event that patient has to be rushed from the cath lab to the operating room," Lee says. “Because the pump is then serving as a life-support system, when you pull the AC plug out of the wall, the battery instantly kicks on and the pump doesn’t skip a beat."

Lee contends that no cath lab room should ever be without at least a second balloon pump handy.

“The balloon pump is a mission-critical piece of equipment, and you cannot afford to run the lab without a backup, especially since the pump may have to double as a life-support unit," he says. The balloon pump is part of a good, stable cardiac angioplasty program, which a hospital must have before it can it be considered for an open-heart surgery program.

In a typical cath lab, one can also expect to encounter devices that include IV pumps, defibrillators, and lasers (this last one is occasionally used to punch tiny holes in the heart as a way to help stimulate muscle growth).

“In a cardiac cath lab, for instance, it doesn’t fly to have someone say, ‘This isn’t my job.’ When the imaging people can’t get decent results on the monitors, then the biomed techs have to jump in and make some determinations as to whether the problem is machine-related, set-up-related, or clinician-related. Making those determinations also requires that you have a complete grasp of the doctors’ protocols so that you don’t have things like transducers set too high or too low in relationship to the doctors’ preferred work methods," he says.

For LaFleur’s money, the most crucial element here is the development of trust.

“There has to be trust in the vendor, that he’s giving you the right product for the need and trust in your clinical staff, the purchasing department, and the repair people," he says. “You build trust by consistent, demonstrated performance. This is done through good communications with the people depending on you. You also need to enhance your visibility and gain recognition for your professional abilities. Make yourself an indispensable part of the team—join the cardiology committee and help hammer things out with the cardiologists, internists, and radiologists.

“My advice is that biomed techs need to make it a habit to follow up with the doctors. You see him in the hallway. Ask him if the problem you tackled for him that last time worked out OK, and, if it didn’t, promise to take care of it right away—and then do what you promise.

“I think the most important thing to remember is that cardiac imaging requires a true team effort, and biomed techs must see themselves as fully integrated players on that team." 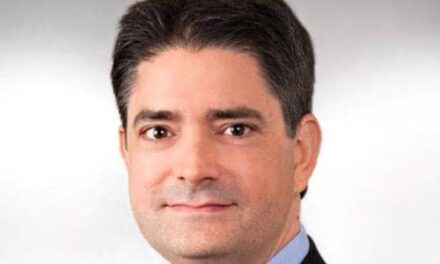 Wireless is the Prescription for Going Green