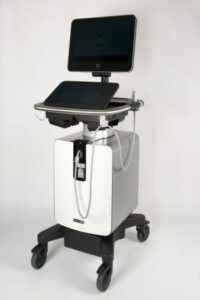 The Second University of Naples has used the VisualSonics ultra-high-resolution ultrasound systems for preclinical studies for approximately 10 years, enabling researchers to study the anatomy of small animals like mice and rats, with a resolution down to 30 microns.

“Preclinical research is a crucial step toward establishing clinical applications, but until the launch of the Vevo MD, there were no clinically approved [UHF] systems for human studies,” says Roberto Grassi, MD, professor of radiology at the F. Magrassi and A. Lanzara Department. “The Vevo MD is the world’s first CE-marked, ultra-high-frequency ultrasound imaging system—up to 70 MHz—for clinical use, and will transform our clinical studies, enabling visualization of superficial structures in the human body.”

The Vevo MD operates at much higher frequencies than conventional ultrasound systems, so medical professionals can visualize anatomies in ways they’ve never been able to before. It is also compatible with Fujifilm VisualSonics’ UHF series of transducers. The transducer technology is capable of operating at a frequency range of up to 70 MHz—again, much higher than conventional ultrasound systems.

To learn more about this system, visit Fujifilm VisualSonics. 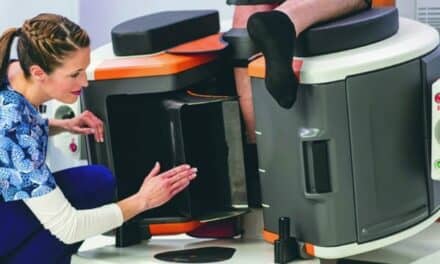