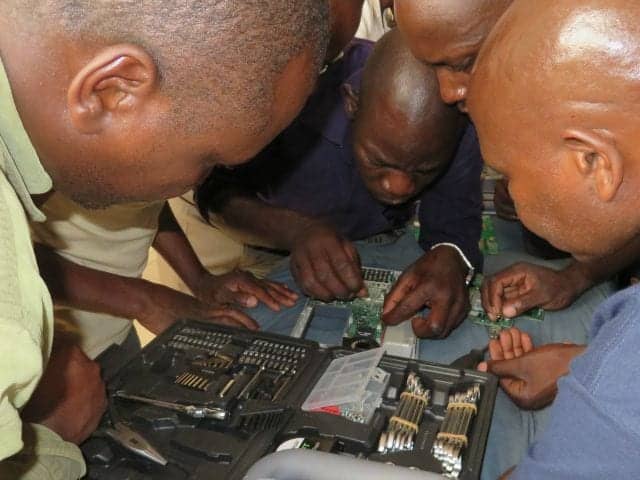 Tom Keefe was well aware that poverty existed in many developing countries. But the destitution he witnessed on a medical mission to India in 1995—children bathing in sewage trenches, rampant illness, and hospitals ill-equipped to handle the situation—touched him personally and prompted him to act. Upon his return to the United States, he embarked on what was to be a 6-month mission. Twenty-one years later, the International Medical Equipment Collaborative (IMEC) is operating out of a 200,000 square-foot facility in North Andover, Mass, with more than 100 projects in 90 different countries to its credit—and it continues to grow.

Shortly after returning from India, Keefe quit his job and, with his wife and children, invested all they owned to launch IMEC in the family garage. Thanks to his previous position as a hospital administrator, he had many connections in the healthcare world and tapped them to stock his fledgling nonprofit organization. “I called local hospitals and they donated different pieces of equipment,” he says.

Word of mouth spread and an orphanage for disabled children in Kingston, Jamaica, reached out to IMEC, becoming its first project. Keefe tells the story of a 12-year-old girl who had been brought to the orphanage as an infant. “She was severely disabled and had spent most of her life horizontal on a mat. The occupational therapist who traveled with us worked with her all week and got her up to sit in a special wheelchair we had brought,” he says. “You can’t walk away from something like that.”

To maintain a steady supply of medical devices and equipment, IMEC created its recycling/donation initiative, the IMEC Global Green Program. The system efficiently manages donations of surplus equipment for distribution in developing countries, while doing something good for the environment. Global Green has approximately 500 members, including hospitals, surgical centers, and large corporations. Partners include top companies in the field, such as Johnson & Johnson, Phillips, and Covidien, to name just a few.

But Keefe anticipates further growth. “We have what we consider a reasonable goal—that 20% of all healthcare delivery systems will be participating with us,” he says. “We currently work with 75 organizations around the world. We aim to touch down with a project somewhere in the world every day, every week, every year.”

IMEC’s ambitious endeavor would not be successful without the many volunteers who bring their energy and expertise to the organization. Mark Heydenburg, director of medical technology worldwide, reports that IMEC has a small paid staff, but 90% of the people involved with its projects are volunteers. Medical professionals, lawyers, retirees, and other individuals donate their time soliciting, sorting, and cleaning equipment; growing the Global Green program; and performing administrative duties and a host of other services. Students from Harvard, the Massachusetts Institute of Technology, and other technical schools complete their internships at IMEC. “These are excellent people from all fields. And a lot of local retail stores, banks, and other companies send volunteer teams, sometimes once a month or once a year,” he says.

Not all volunteers at IMEC have a visible presence though. The organization has an electronic network/listserv of approximately 600 behind-the-scenes individuals who offer advice, answer questions, and share resources with the project sites. Membership in the group is strictly controlled. “You have to use a code to get in and we limit accessibility to just technicians and engineers. You have to be recommended in order to join,” says Heydenburg. “In the future, we are going to create a chat room that focuses on equipment repair.”

One volunteer who now holds a paid position is Augustine Worae-Tweneh, who saw firsthand how doctors struggled to deliver adequate health care in his native Ghana. “They did not have an exam table. They would use a plain table with no mattress,” he says. After coming to the United States in 1996, he became a biomedical engineering technician, but was out of work in 2012 when he learned of IMEC.

Worae-Tweneh’s skills and education led to a management position where he oversees an eight-person biomedical technician department. “I supervise testing to ensure quality and improve customer service,” he says. “I also do preventive maintenance on some of the parts, calibrate devices, and keep track of inventory.”

Worae-Tweneh says he is proud to be part of an organization devoted to improving healthcare delivery around the globe. “Through IMEC, hospitals in developing countries have received lab and medical equipment they couldn’t afford to buy on their own.” Not only has IMEC improved healthcare services in developing countries, but the organization has also trained biomedical engineers, which enhances their careers, he notes.

Since that first project in Jamaica, IMEC has continued to send medical equipment where it’s most needed. Heydenburg indicates that 70 to 80% of the equipment is sent to India and sub-Saharan African countries. “We’ve also been to Haiti and some South American countries, led by events such as famine, war, and news that makes us aware of problem areas. IMEC projects have also been completed in Kosovo, Afghanistan, and North Korea,” he says. Most recently, IMEC outfitted two of the largest teaching hospitals in Haiti.

Keefe soon realized that these developing countries not only needed certain medical devices, but also required basic supplies. “We worked on continuous improvement, knowing that nearly all the rooms we were furnishing were empty or contained broken equipment. We had to figure out what the room needed to operate. In 2007, we started doing the suites. We called this ‘the next right thing,’ ” he says.

In January 2008, IMEC began evaluating a country’s need and creating a comprehensive package—a suite—that contains all the equipment necessary for a particular purpose. For instance, an advanced critical care suite comprises a ventilator, vital signs and cardiac monitors, as well as other accessories and supplies. A surgical suite would include lights, an anesthesia machine, a surgical table, gauze, sutures, a suction machine, and consumables—everything needed to do a typical surgery. A biomedical workshop would contain equipment to test and calibrate medical devices, analyzers, a defibrillator, a patient simulator, a ventilator test, electrical safety equipment, and a laptop with basic software. The repair centers always have on hand workbenches, professional toolboxes, and even lab coats to make workers appear more professional. IMEC has assembled clinic and hospital labs and ultrasound rooms, among several others.

When IMEC delivers and installs the suite, staff provides on-site training for those who will use and maintain the equipment. In countries where electricity is undependable, training can be a challenge. So Heydenburg gets creative—he teaches technicians and midwives how to repair and maintain equipment using solar sources. “We have to put in solar when no other electricity is available. We’ve done this at more than 100 clinics in Uganda,” he says.

Formal long-distance training initially took place via Skype. Now a wide range of courses is available online. “We have one of the largest technical medical libraries in the world,” says Heydenburg, who develops the training courses, drawing upon previous experience, his Army background, and accumulated knowledge. The collection spans more than 50 gigabytes of PDF reference materials, from rare copies of older equipment manuals to more recent repair and operator manuals, with new resources added weekly. Users can even access the libraries of IMEC’s corporate partners. “There is no special order to follow when taking the courses. You can study what you need to know, courses that are relevant to your job. IMEC monitors your progress, testing on each module.”

IMEC plans to introduce a video series in the near future, with content provided by both companies and individuals. The instructional series will offer steps for how to repair and clean the 60 most common pieces of equipment, Heydenburg says.

Unlike similar companies who focus strictly on training, IMEC calls itself a “holistic” company. “We assess existing equipment and needs, provide equipment, do the installation and training, and provide hands-on help. It’s more personal,” Heydenburg says. “We provide support following the installation. We are still connected to people we’ve helped 10 years ago and will always be a resource by e-mail, video chat, phone call, or personal visit. We have a wider spectrum of resources and products.”

This year, IMEC launched the Transforming Communities Initiative (TCI), which extends beyond the healthcare realm. TCI aims “to transform 1,000 impoverished communities in the developing world over a 10-year period.” Heydenburg explains that IMEC is now assembling suites designed to meet the needs of families, farms, and educational institutions from elementary school up to the college level. “We are now helping community in a bigger way,” Heydenburg says.

From the outset, Keefe based the organization’s philosophy on one credo: “Welcome all, welcome here.” Regardless of religion, politics, or ethnicity, IMEC is ready to extend a hand. “We decided that if someone showed up on our doorstep, we would help them.”

“Poor people’s pain never goes away. Their pain gets alleviated when equipment arrives. Our role is simple. We put the tools in their hands. We give the doctors and nurses the tools to do the job,” Keefe says.

“From the first project to the 300-bed teaching hospitals in Haiti, there is one thing we aim to give: respectful delivery,” he adds. “We have to imagine we are serving doctors in Boston. Not only do we have to make sure the equipment is working, we have to make sure it’s delivered with respect.” 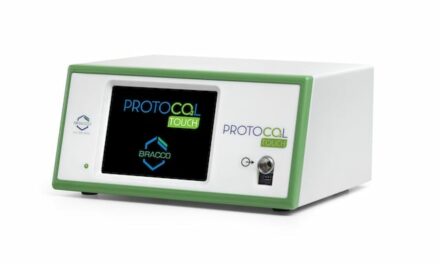 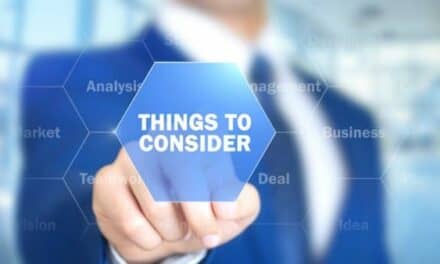 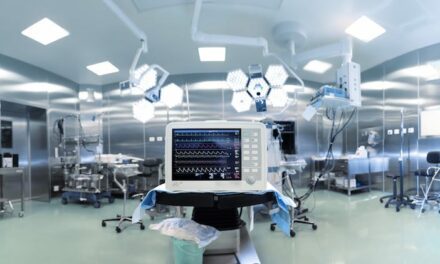