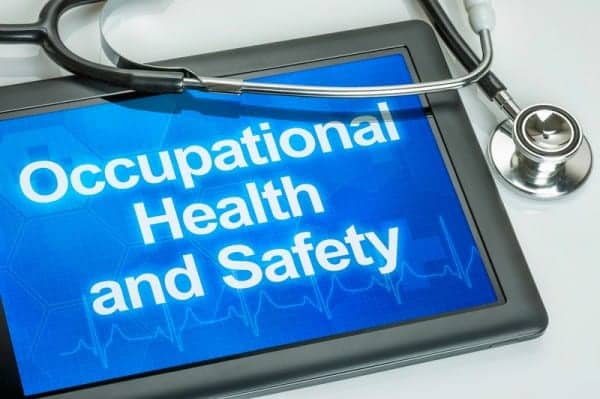 Anyone who’s read ECRI Institute’s annual “Top 10 Health Technology Hazards” knows just how stark the report tends to be. Topping the list in 2018, for example, is “Ransomware and Other Cybersecurity Threats to Healthcare Delivery Can Endanger Patients.” That’s followed at No.2 with “Endoscope Reprocessing Failures Continue to Expose Patients to Infection Risk,” No.3’s “Mattresses and Covers May Be Infected by Body Fluids and Microbiological Contaminants,” and, for example—at No.9—“Flaws in Medical Device Networking Can Lead to Delayed or Inappropriate Care.”

The purpose of the list, according to ECRI, is to help healthcare facilities identify “possible sources of danger or difficulty” with health technologies, and to take steps “to minimize the likelihood that adverse events will occur.” It isn’t meant to be comprehensive, the report notes, but a reflection of the institute’s “judgment about which risks should receive priority now.”

As safety-conscious HTM professionals, there’s a good chance you’ve turned to ECRI at some point in your career. Even more important, however, is the fact that ECRI and others—including AAMI, for example, and the VA National Center for Patient Safety (NCPS)—are shifting the focus from the “dangers” associated with health tech itself to what clinicians, HTM professionals, and others in the industry can actually start to do about those dangers.

NCPS was established in 1999, its website notes, “to develop and nurture a culture of safety” in the Veterans Health Administration, and strives to reduce and prevent “inadvertent harm to patients as a result of their care.” AAMI, meanwhile, established the AAMI Foundation “to serve the public welfare and improve patient safety by supporting the safe adoption and safe use of technology, and by recognizing the professionals who work in this realm,” association officials say.

It’s those physicians, health-tech experts, and others on hospital floors who are in the best position to make patient safety a priority, these organizations have realized. It’s in large part up to them to make a difference in this realm—they shouldn’t rely on manufacturers and regulators to do the job solo.

A Push for Better Safety

Not that regulators and manufacturers aren’t trying. Back in April, for example, the U.S. FDA published its new “Medical Device Safety Action Plan: Protecting Patients, Promoting Public Health.” The plan, according to the FDA, is meant to help the agency achieve five main goals, from establishing “a robust medical device patient safety net in the United States,” to spurring “innovation toward safer medical devices.”

And at last February’s sixth annual World Patient Safety, Science & Technology Summit in London, dozens of device makers, as well as others across healthcare, came together to announce their commitment to “zero preventable deaths by 2020,” a goal and campaign created by the U.S.-based Patient Safety Movement Foundation. A leadership panel held at that summit featured the founders, presidents, and CEOs of several major medical device manufacturers, who met to discuss how data-sharing can help eliminate preventable deaths in hospitals.

The FDA launched an “Infusion Pump Improvement Initiative” in 2010 in an attempt to reduce infusion system errors, he points out, and yet such errors continue to be a major problem, and sometimes lead to serious complications and death. With that in mind, as Ivenix’s engineers designed their pump, they worked to simplify the system and how it’s operated.

“We’ve automated all the things that are prone to error,” Gray says, “and we’ve focused on IT intelligence”—for example, integrating their pumps with other systems so that clinicians have access to data that can help them make better decisions. The Ivenix system also includes features like a touchscreen interface and mobile dashboards that allow nurses to monitor infusion data on a smartphone or tablet; and it includes security features like built-in firewalls and encryption.

Still, Gray notes, the safety and effectiveness of any infusion system ultimately depends on its operators—and that includes the HTM team responsible for its upkeep. “Using an infusion pump to deliver medications is, by its nature, very dangerous,” he says. “Though it’s the most effective way to deliver higher-risk medications, it can easily lead to medication errors if there is any confusion around how the device works.”

His recommendation to biomeds, Gray says, is to make sure their infusion pump vendors provide them with a list of safety and security risks associated with their devices and how each can be mitigated by the institution. Vendors should also offer information around cybersecurity, and provide clear directions on patching protocols and other measures meant to protect their pumps from outside interference.

“And when it comes to HTM specifically,” he says, “the biggest thing you can do is keep a close eye on the operation of the pump itself, making sure that it’s being serviced appropriately.” The Ivenix system, for example, automatically ensures that drug flow remains within safe parameters, “but a lot of pumps don’t and so have to be brought in and tested to make sure that they’re calibrated to accurately administer medications.”

The FDA has published a list of infusion pump risk strategies for HTM professionals that includes recommendations like being familiar with drug libraries and working with manufacturers to comply with any recalls. The agency also recommends voluntarily reporting any pump-related problems through its Safety Information and Adverse Event Reporting Program (MedWatch).

Reporting is also an important component of the VA National Center for Patient Safety’s efforts to reduce and prevent inadvertent harm to patients as a result of their care, says Katrina Jacobs, a biomedical engineer in the organization’s Human Factors Engineering Division. In 2017, Jacobs and her colleague Shelly Crisler delivered a presentation at the HIMSS annual conference that highlighted the fact that annual device recalls increased by 139% between 2012 and 2015, and that Class 1 recalls increased by more than 400% over that same period.

“Recalls are skyrocketing,” Jacobs says, so professionals in healthcare systems without strong processes in place for managing recalls should take steps to implement one right away. Open communication—between clinicians, HTM professionals, organization leaders, and manufacturers—“is critical” to success in this regard, she adds. “You need to have that culture in place so people can bring issues forward and know their concerns will be taken seriously and lead to action.”

Her focus at NCPS, Jacobs says, involves working with HTM professionals and VA patient-safety managers (PSMs) in all of the department’s medical centers. When a PSM, for example, notes a close call involving a medical device, he or she will file a report with her office “and we’ll investigate it with the same seriousness we would if someone had actually been harmed,” Jacobs says. Their investigations span the entire VA system, she adds.

“We look across our entire healthcare system to determine if that same reported issue is experienced elsewhere, and what its root causes and contributing factors are.” NCPS then issues national communications to the field as quickly as possible so facilities can take corrective measures. They also work with device manufacturers, she says, “to help them, if necessary, to develop a solution that will mitigate the dangers.”

In one recent case, Jacobs says, an HTM team in a VA hospital identified a potential danger with a new ceiling lift designed for moving patients. “They’d just acquired the technology, and on initial inspection they found that if you pulled the emergency stop cord it wouldn’t actually come to a stop when it was carrying its maximum load.”

After some back and forth with the device-maker, the company agreed to redesign the device’s internal braking mechanism. The VA is fortunate because its status as a large health system gives it significant clout with manufacturers, Jacobs notes.“They’ll typically listen to us.”

Nevertheless, she says, it is possible for smaller organizations to make a difference as well. “What I would tell HTM departments is, be constantly on the lookout for device-related issues and vulnerabilities that could impact patient care. It’s so important, from a safety perspective, that everyone is paying attention and reporting.”

Embrace the idea that improving patient safety is an even bigger part of your job than traditional tasks like device repair and maintenance, she recommends. “All of us in healthcare have our focus in the particular work that we do every day. But I also believe each of us has a voice when it comes to advocating for what is best for patients.”

Chris Hayhurst is a contributing writer for 24×7 Magazine. Questions and comments can be directed to kstephens@medqor.com.

Sidebar: Recommendations from The Joint Commission

While Joint Commission surveys can be stressful for hospital staff, relatively few would argue against their purpose. TJC inspections, according to the commission, are designed “to support the organization’s efforts to improve quality and safety on their journey to achieve zero-harm.”

One important way the commission is advancing that mission is through its so-called SAFER Matrix program, or the Survey Analysis for Evaluating Risk. Surveyors use the nine-box SAFER charting tool to clearly illustrate whether an observed deficiency is likely to cause harm to patients (or others) at a facility.

“On one axis, it describes the level of risk to a patient, and on the other axis it shows the frequency or the extent of the problem,” explains Ana Pujols McKee, MD, the agency’s executive vice president and chief medical officer. “We want organizations to devote most of their attention to those high-risk, high-frequency issues, and to spend more time and resources making corrections to those things than to issues that are unlikely to harm their patients.”

For example, McKee says, if a surveyor finds a “penetration,” or a hole in a facility wall, that’s an issue because if there’s a fire, the hole could cause it to spread relatively quickly. But where that problem might be placed on the SAFER Matrix would depend on the particular situation, she says.

“If it’s a hole in the wall of the human resources department where everyone is healthy and under the age of 30, that’s different than a hole in the nursery ICU where there are babies on ventilators and you can’t just pick up and run.” When it comes to optimizing patient safety, McKee notes, most healthcare organizations have a long way to go.

Still, she says, there are exemplary facilities out there, and they all tend to have characteristics in common. “When you talk to their leadership, they’re all aligned in their sense of ownership of safety and quality; they’ve made the commitment to zero-harm. But then the same is true of everyone in that organization, whether it’s housekeeping, biomedical engineering, or nurses and physicians. They’re all aligned with that mission as well.”

Moreover, when it comes to patient safety, McKee says, it doesn’t matter if you’re fighting infections with cleaning products or antibiotics. “In the best organizations, everyone is doing their part.” 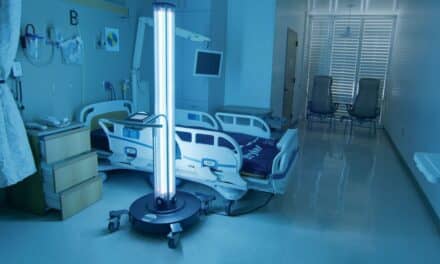 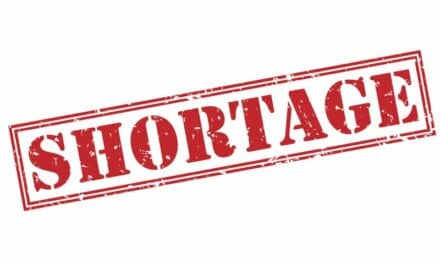 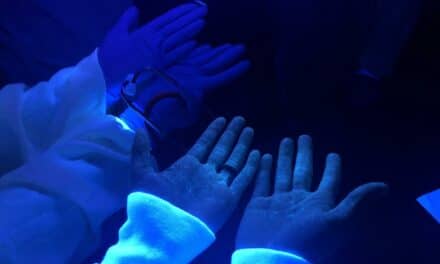 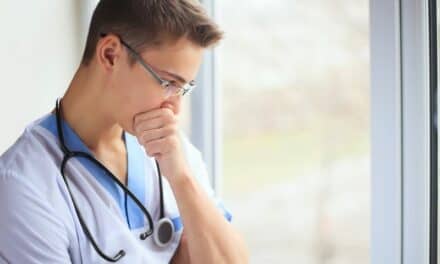