Many of the safety issues associated with medical lasers are spelled out in national and international standards governing the design, function, and operation of such equipment. In most instances, the requirements that ensure safety are clearly set forth and are easy to understand. In a few instances, they are less so.

Extreme Care Necessary
While the standards primarily address safety issues at the manufacturing level, they nonetheless have applicability in the realm of service and maintenance. Indeed, as the standards suggest, extreme care must be exercised when conducting inspections, preventive maintenance (PM) chores, or repairs of a laser, because the risk of severe injury or death is ever-present, warns Don Ciesielski, service manager and laser specialist for third-party organization Trace Services in Elk Grove Village, Ill.

“The biggest danger to the biomed working on a laser with its protective covers removed is not accidental exposure to the emitted light but electrocution from the high voltages and high currents required to generate that beam,” he says. “But that’s not to say there’s no hazard from the light—there is. Once the protective cover is removed, the light might be freed to spray out in different directions, including right at you, and you’d never realize it until you were burned, since some of the wavelengths involved are invisible.”

Some of the most important PM tasks associated with lasers deal with accessories—one in particular being protective eyewear. Safety standards and federal regulations require that laser operators, clinical personnel, and observers in the same room with a laser use safety eyewear while the machine is firing. “It’s the job of the biomed to make sure the correct eyewear is available and that it is in good condition,” Ciesielski says. “By correct, I mean the lenses of the eyewear available in that room have to be rated for the specific light wavelengths emitted by that particular laser, and the wavelength information must be legibly printed on the eyewear.”

As such, a PM task of great importance is verification that wavelength information is indeed present on all goggles in the laser room. “Wavelength information can rub off or become smeary and unreadable over time,” Ciesielski says. Eyewear, by the way, should be inspected every 6 months as part of the regular PM process. “Replace any eyewear that shows signs of physical damage, such as scratched lenses or cracked side shields,” he suggests. “The straps should be replaced if they lose enough elasticity that the goggles slip while being worn.”

Get Proper Training
Other elements of a laser PM include: cleaning of handpieces, micromanipulators, and scanners; and inspection of filters, cartridges, fibers, system-mode functions, blast shields, emergency stop mechanisms, key switches, and aiming beams. “One of the lowest-tech items on a laser system—yet among the most important—is its casters,” Ciesielski says. “I’ve visited institutions on repair calls where a caster malfunctioned and allowed the laser to tip over and crash to the floor. Casters don’t show up on most laser PM lists, but I’ve added them to mine. We have a tendency to forget the most simple things, and they’re the ones that often are the source of the biggest problems.”

Safety standards also call for signage posted outside and inside rooms where lasers are operated to warn of the dangers posed by the powerful beam. “Biomeds should make sure the required signs are up and can be seen,” Ciesielski says.

Ciesielski recommends that any biomed who will be assigned the task of conducting PMs on clinical lasers first be properly trained in laser procedures. Laser manufacturers are a good source of training, but Ciesielski says that only about half of them offer courses. Meanwhile, he assures, no biomed will ever go wrong turning to either the National Council on Laser Excellence (www.lasercertification.org) or the Laser Institute of America (www.laserinstitute.org), each of which offers top-notch education in laser safety.

Matter of Interpretation
David Marlow, CBET, biomedical engineering technician with the University of Michigan Health System in Ann Arbor, believes wholeheartedly that the ANSI Z-136 standards are essential to safety, but finds some sections in the current version ambiguously phrased and, consequently, a tad confusing. Marlow, who is the designated laser expert and biomedical laser safety officer at his institution, says that, “The way certain parts of the standards are worded, it can leave the people responsible for laser safety in their hospitals scratching their heads,” as they attempt to fit the square pegs of evolving new laser technology into what are, essentially, the safety standards’ round holes.

That is precisely what occurred not long ago at Marlow’s own facility when a cardiac surgeon ordered a new laser for trial in the treatment of full-thickness scarring of heart tissue. “I had some serious safety concerns after a nurse from the operating room, who had called me in to run through our required inspection process before first use, mentioned being told by the laser manufacturer’s representative that the new unit was so innovative that it could be operated without the need for anyone present to wear safety goggles,” he recounts. “However, this laser appeared to be a Class 4 device. It needed a key to operate and could be shifted into standby mode when the user paused in his work and ceased firing the laser—those are features typically characteristic of a Class 4 laser.”

Marlow, however, was immediately skeptical of this claim, especially in light of the unusual laser safety classification that had been assigned this device—1M, the international rough equivalent of a domestic Class 1 designation. “The M in 1M stands for magnification limitations, and is a relatively new classification that is included in [International Electronic Commission (IEC)] 60825.1-2003, the standard followed by manufacturers of lasers outside the United States,” he says. “I looked at the new laser’s specifications and thought there is no way this machine can possibly be comparable to a Class 1 unit. Previous to the 2000 version of Z136.1, any laser with a continuous wave output of over one half of 1 watt was automatically considered a Class 4 laser, and, as such, required the use of protective eyewear. яндекс This new laser we had received listed a maximum output of 60 watts at a continuous wavelength of 980 nm.”

But therein lay the rub. The surgeon who ordered this laser for trial did so on the basis of not needing to wear goggles while using it. According to Marlow, the reason he wanted freedom from having to put on safety eyewear is that he would be sporting a pair of magnifying loops, an impossibility if goggles were required, although Marlow did manage to source a set of loop filters the physician could have used to solve the problem.

Clarifying the Standards
Marlow researched the matter to see if he could sort all this out and, while that was transpiring, he used his authority as laser safety officer to temporarily assign the laser a Class 4 rating.

The first thing he learned was that the US Food and Drug Administration, through issuance of Laser Notice No 50, had announced it would not object to American manufacturers of lasers complying with the international IEC 60825-1 safety standard. He also discovered that the Z136 standards had been harmonized with that of the IEC, making it acceptable for a foreign-made laser to be operated in the United States without first having to undergo recertification and possible reclassification using a Z136 standard.

Finally, Marlow determined that the laser at the center of his concerns qualified for the 1M classification because of the workings of its delivery system. “It does not emit a collimated beam of laser light, but a diffused, 180-degree arc of laser light that comes out the side of a length of fiber,” he explains. “To cook tissues, you have to position this laser within 10 centimeters of the point of light emission. According to the standards, the hazard to the unprotected eye ends at 10 centimeters from the aperture, and that’s simply because the normal eye cannot focus on anything closer than 10 centimeters. So, as far as the standards are concerned, this laser with its diffusion-delivery system is about as much a hazard as an ordinary 60-watt incandescent light bulb. You can look at it without harming your eyes, and, in the event you come into physical contact with it, it will feel hot to the touch and so you’ll quickly pull away and not be injured.”

The diffusion-delivery system was the primary reason this laser was eligible to garner a 1M classification. “It also earned a 1M because initial power-up could not occur without the user first entering a pass code specific to the delivery system,” Marlow says. “And it would not complete the activation process if it failed a self-diagnostic of the built-in feature that scrutinized for breakage in any of its laser-delivery fibers.”

In light of all this, Marlow asked his hospital’s full laser safety committee to update its policies to be in comportment with the applicable Z136 standards (and by extension, IEC 60825.1). “This updating was conducted in consultation with our general safety officer and risk manager,” Marlow reports.

It took about a year for the hospital to thread its way through these issues and come to an understanding of the expectations contained within the laser safety standards as currently written. “Some of the confusion was the fact that the surgeon normally wore magnification loops, so the laser maker officially reclassified the device as a Class 1 product under the American Z136 standards, discontinuing the 1M designation for the sake of avoiding confusion among other users with similar concerns,” Marlow says.

Translated Into Action
Marlow thinks an even better way to avoid confusion would be for the language in the Z136 standards to be updated to comport with the new, relaxed standard. That’s why he has since joined ANSI’s Standards for Safe Use of Lasers in Healthcare Facilities subcommittee, the body most directly responsible for reformulating Z136 specifications. “Hopefully, I will be able to make more contributions that make the standard easier to use,” he says.

Currently, Marlow is suggesting to the subcommittee that wording regarding the definition of a Class 1 laser be modified so as not to leave the impression that this type of device can cause no harm. “The existing language indicates that a Class 1 laser is incapable of producing damaging levels of laser emissions,” he says. “Well, a 60-watt laser that, because of its beam-diffuser technology, qualifies it as a Class 1 laser is still generating 60 watts of heat, and if you grab hold of the end of it while it’s firing, it’s still going to burn your hand. I don’t call that being incapable of producing damage.” 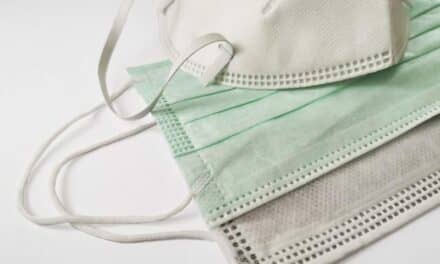 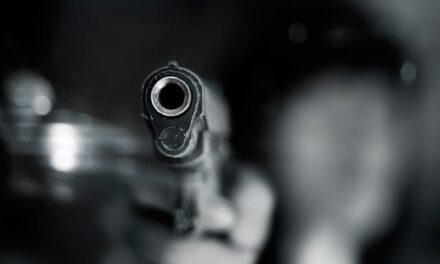 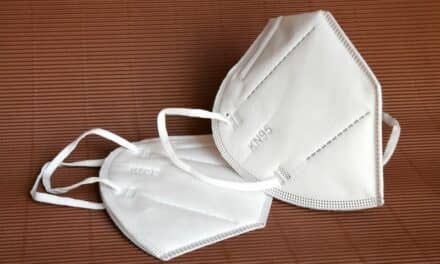