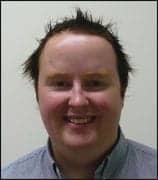 By all accounts, Nick Martin is a typical biomed. He works as an on-site biomedical engineering service engineer at a 200-bed private hospital, working with GE, Spacelabs Healthcare, and Philips equipment, and ever increasing his synergy with IT. The only difference is that Martin lives half a world away in Queensland, Australia. Like most biomeds around the world, Martin is witnessing a changing biomedical landscape that echoes the permanent changes reshaping the industry. But despite a bum economy and a scarce number of new recruits, the biomedical profession is in an upswing down under, as new technology plugs gaps in the workforce and hospitals take steps to improve overall efficiency.

Martin—currently based out of Pindara Private Hospital in Australia’s Gold Coast—landed in the field somewhat by accident. While most trade schools and universities on his side of the world offer comprehensive courses in biomedical and clinical engineering, Martin took a different route. Originally hailing from New Zealand, Martin began his career studying IT, electronics, and network engineering at the Waikato Institute of Technology in Hamilton, New Zealand. Later, Martin was introduced to biomedical engineering during a stint at a local public hospital. “My initial training was basically being an assistant to one of the bench engineers,” he says. “I was offered 2 months work experience at the local public hospital’s biomedical engineering department, which turned into a casual paid job, then into full-time work.” Martin mastered the learning curve quickly and, before long, he had his own bench and regular list of repairs.

But Martin was soon lured to the sunny shores of Australia when he was offered a dream job—an all-expenses-paid position as a traveling biomed for his current employer, Melbourne-based Chemtronics Biomedical Engineering. While he trekked across the country, Martin worked for various contracted clients, including hospitals, rescue helicopter services, and military bases. “The travel was great,” he says. “It was good to get exposure to different aspects of biomedical engineering, meet different people, and see new towns and cities.”

Martin quickly realized the soaring popularity of hospital networks in Australia, which are beginning to pop up in almost every department. “The cardiac monitoring in the hospital I work at has quite a complicated network backbone setup,” he says. Binding the expanding networks together are new computerized patient information systems—an electronic medical records system that gives clinical staff access to patient data from any computer on the hospital network—that Australian biomeds are working with more and more. “With the introduction of patient information systems everything will become a lot more integrated between patient monitoring and computer systems,” he says.

The changes are not unwelcome by Martin. He predicts even greater changes as networks become more advanced and biomeds become more proficient in all things technical, noting that he expects the Internet will begin to play an increasingly important role in Australia’s biomedical industry. “Network engineering will play a big role,” he says. “It’s something I’m looking forward to.” In fact, the Internet is already playing a growing role in Martin’s day-to-day operations. “All our jobs are logged via the Internet, he says. “And all our paperwork is computerized.”

Like his American biomed counterparts, Martin must keep himself abreast of the latest news from regulatory bodies, such as the Therapeutic Goods Administration (TGA), Australia’s regulatory agency for medical drugs and devices, which he describes as a sort of Australian equivalent to the FDA. The TGA is tasked with setting and maintaining standards and monitoring equipment on the market. Like the FDA, the TGA furnishes any necessary recall notices and tests medical device quality before it hits hospitals. “All new equipment has to have TGA approval before being used in Australia,” Martin says. And although he rarely deals with the TGA directly, he praises the organization’s competency. “Overall,” he says, “they are very efficient.”

Increasing efficiency and promoting quality maintenance standards in Australian hospitals actually extend far beyond familiarity with TGA standards. In Australia, hospital accreditation is mandatory. Like in the United States, hospitals can choose to receive accreditation from different organizations both state and private. Among them are the International Organization for Standardization (ISO) and the Australian Council on Healthcare Standards.

Making the daunting accreditation process somewhat easier for hospitals is a general conformity to similar standards and biomedical practices, which effectively help to keep the profession unified. “Biomeds across the country are all very similar,” Martin says. “The rules and regulations are slightly different depending on which state they are working in, but they still follow the same standards.”

Keeping Australian biomeds on the same page is one of the aims of the Society for Medical and Biological Engineering Australia—a national organization for biomeds that hosts regular conferences, trade shows, and events. The organization is further subdivided into regional chapters, providing a central forum for formal and informal discussions on a wide range of issues currently affecting biomeds.

A major issue, although not one unique to Australia, is the difficulty in finding a suitable number of young biomeds to enter the profession. Official certification on biomedical equipment is not required. However, throughout most of the country biomeds must prove their competency in working with electronic components. “In most states of Australia you need to hold a valid restricted electrical license, which can be obtained by showing your qualifications, skills, and background to the local electrical licensing board,” Martin says.

The big problem, according to Martin, is not finding recruits to pursue licensing, but luring them into biomedical engineering. Wary about traditionally lower pay scales, many technical-minded workers shy away from becoming biomeds, although Martin says the situation is changing as demand grows. “Pay salaries are increasing as finding more employees is becoming harder,” he notes.

Once a biomed is working, continuing education works the same as in the United States. “Normally, biomeds are sent on courses provided by OEM companies on new equipment,” Martin says. “Some courses are provided free of charge, other courses have to be paid for. The company I work for provides regular refresher courses on specific equipment, testing procedures, and standards. They also support employees by paying for work-related higher education.”

Martin believes that the skills shortage in Australia naturally creates a wealth of opportunity for American biomeds who might be looking for a change of pace in a country currently exploding with biomedical opportunities. “As long as they had recognized certification, they would have no trouble finding work,” he says. “I’m sure they would fit right in.”