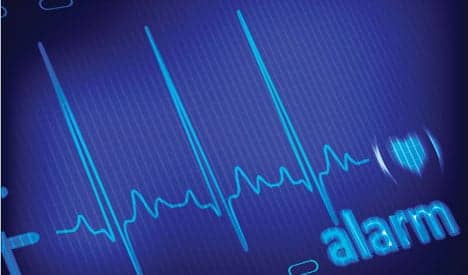 With The Joint Commission’s mandate to improve management of alarms now in effect, hospitals are now going all out to inventory their systems

Two years ago, a 17-year-old girl entered a Pennsylvania surgery center for a simple tonsillectomy. After the surgery, she was given a powerful painkiller that slowed her breathing. By the time nurses checked on her condition 25 minutes later, she had suffered irreversible brain injury. She died a few minutes later.

What went wrong? As reported by a nurse who was deposed in the resulting malpractice case, the girl’s respiratory alarm had been muted.

Unfortunately, this case—while sensational—is not unique. In a Joint Commission Sentinel Event Alert issued last year on medical device alarm safety in hospitals, The Joint Commission reported that it had been notified of 98 alarm-related events between January 2009 and June 2012. Of those 98 events, 80 resulted in death, 13 in permanent loss of function, and 5 in unexpected additional care or extended stay.

Moreover, these 98 reports were voluntary, and represent only the tip of the iceberg. For example, The Food and Drug Administration’s Manufacturer and User Facility Device Experience Database shows that 566 alarm-related patient deaths were reported between January 2005 and June 2010. 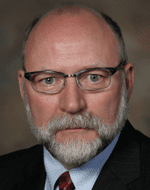 “We see the ECRI top 10 report, and clinical alarms is always on the list,” says George Mills, MBA, FASHE, CEM, CHFM, director of the Department of Engineering at The Joint Commission. “This is an issue that is putting patients at risk. We want to give it a specific focus and provide some sort of reasonable approach to managing the issue.”

The implementation of the new National Patient Safety Goal—NPSG.06.01.01—occurs in two phases. In Phase I, which went into effect January 1 of this year, hospitals are required to establish alarm management as an organizational priority and also to identify the most important alarms within their institutions. In Phase II, which begins in January 2016, hospitals will be expected to have implemented policies and procedures for managing those alarms.

According to Mills, hospital leaders—starting with chief executive officers and other members of the hospital’s governing board—must set the tone when it comes to establishing alarm management as an organizational priority.

Hospitals should be establishing alarm safety committees that are multi-disciplinary, says James Keller, ECRI Institute’s vice president, health technology evaluation and safety. “In my opinion, clinical engineering should be a key member, if not the leader or co-leader of that committee.” 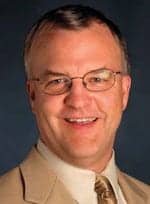 The committee’s role, Keller says, should be to assess what’s going on related to alarm use in the hospital so that it gets a good understanding of “where alarm-based products are being used, what kind of alarms are recurring, how often, and how they are being responded to.” In addition, the committee should also be reviewing incidents that have occurred in the past

“Then it should be doing an analysis of how to address any concerns that have arisen from all this data gathering,” he says. “And that’s going to be a pretty large task given the fact that a lot of these devices are used in most areas of the hospital.”

One institution that is considered to be a model when it comes to alarm management is Johns Hopkins Hospital in Baltimore. In 2012, it received the ECRI Institute’s Health Devices Achievement Award for its alarm management initiative, which “yielded substantial reductions in the kinds of clinically insignificant alarms that can lead to alarm fatigue.”

The first step in establishing alarm safety as an organizational priority, says Andrew Currie, MS, CBET, director of clinical engineering at Johns Hopkins Hospital, is to set up a multidepartmental workgroup on clinical alarms safety. Currie serves as the co-chair of just such a group—called the Alarm Management Committee—at Johns Hopkins.

While Currie is co-chair of the group, he believes that a clinical alarm safety initiative should be led “by folks with ownership of the issue—nursing clinicians.”

Early tasks the committee should be undertaking, he says, include reviewing alarm configuration settings for a variety of medical devices and systems to ensure that they are configured properly and taking a device and alarm inventory. “The next issue would be for folks to find data about alarms,” Currie says. “The quantity, type, source, location, and frequency of occurrence, in order to analyze problem areas.”

As Currie points out, one of the first steps an alarm safety committee should be taking is performing a device and alarm inventory.

In his role as director of the Department of Engineering at The Joint Commission, Mills has spent a lot of time in front of clinical engineers talking about issues related to alarm safety. “I have been pretty consistent over the past several years in talking about the importance of an inventory of equipment,” he says. “And when you look at the requirements of the National Patient Safety Goal, one of the first things we are really looking at is an inventory of devices that contribute to alarms in the healthcare setting.”

That inventory is necessary for much of what follows, Mills adds, which basically involves determining the alarms that are high priority and those that aren’t.

“So the first thing we would expect a clinical engineering department to do is to get a handle on what’s alarming, and then getting that information to clinical staff so they can identify which alarms are necessary and which aren’t,” Mills says.

“We saw things like tape being placed over speakers, or speakers being disconnected,” Mills recalls. “So as clinical engineers start looking at the equipment and start finding these kinds of things, they need to be flagging it and bring it to leadership’s attention—either at the nursing or governing body level. Hospitals need to be aware of when alarms are being compromised, and it’s one of the first things [clinical engineers] should be watching for.”

Mills also suggests that clinical engineers should pay special attention to older devices. “With newer equipment, once you modify the alarm settings they will reset back to the default setting after a certain amount of time,” he says. “Older legacy equipment won’t do that, so I would also be focusing on this older equipment.”

Tracy Miller, MPA, CBET, is a biomed at Bronson Methodist Hospital in Kalamazoo, Mich, who has written about the issue of alarm safety. He believes when it comes to this issue, biomeds can play a key consultative role.

Members of an alarm safety committee—particularly at smaller community hospitals—may not understand how each piece of equipment works, he says. “Each manufacturer and model presents alarms in different ways—different codes, colors, and tones. So I think in these kinds of cases we should be serving as technical advisors—basically, providing the information about the equipment.”

Back in 2005–2006, the Healthcare Technology Foundation (HTF) performed a national survey on clinical alarm issues in which it found that the biggest issue was nuisance alarms, because they reduce attention and response and lead to alarm fatigue and disrupt care.

In 2011, the HTF performed another survey and, according to Tobey Clark, director of instrumentation and technical services at the University of Vermont, and president of the Healthcare Technology Foundation, almost nothing had changed. 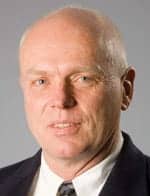 At the time, the HTF recommended that a high priority must be placed on eliminating nuisance alarms and that clinical alarm improvement efforts “need to be stepped up in healthcare institutions.” In addition, it noted that the survey responses showed that “a minority of hospitals [are] addressing this need.”

Clark believes that while major academic institutions like Johns Hopkins Hospital and Boston Medical Center have clearly got a handle on alarm safety, “most facilities are just getting started with this issue.”

According to Clark, Fletcher Allen developed a system where after inventorying its devices, it identified its highest-priority alarms by focusing on two issues—the risk based on the consequences of not responding to the alarm, and the likelihood of a timely and reliable staff response to the alarm.

Each alarm was ranked on a scale of 0 to 3, with 0 being no risk and 3 being the highest risk, so in this way the hospital was able to identify the high-priority alarms. With that accomplished, Fletcher Allen also developed a training regimen for clinical staff on those high-priority alarms.

While getting this program up and running was fairly labor-intensive for Fletcher Allen Health Care a decade ago, Clark says, it should be easier for hospitals getting started on the process in 2014. “Now that everyone has to [establish alarm safety as a priority], there are a lot of resources available,’ he points out. For example, AAMI’s Healthcare Technology Institute is offering a series of webinars on alarm systems management designed to get alarm management teams prepared to comply with the new National Patient Safety Goal.

It would be useful, Clark says, if there was some kind of organization or coalition that could definitively say on a generic basis what alarms are of the highest priority.

“But that just doesn’t exist, partly because it depends on the application of the device and the unit a patient is in,” Clark says.

So how burdensome will it be to comply with the NPSG?

“It could be a lot, and could depend on the size of the institution,” Keller says. “There’s a significant amount of work in doing a thorough analysis of what’s going on throughout an institution—and that’s just doing the assessment before implementing major changes.”

Clark agrees that the degree of difficulty of complying with the NPSG probably depends on the size of the hospital. While larger teaching hospitals have had problems with alarm management issues, they are also better equipped to resolve those issues, Clark says. “Teaching hospitals can be part of large networks, so you can access a lot of different resources through those networks.”

On the other hand, he says, while it appears that alarm hazards occur less frequently in smaller community hospitals, they probably have access to fewer resources than larger institutions. “So for them, it could be a pretty big burden. They are really going to be looking for best practices.”

“We don’t expect it to be horrible,” Mills says, pointing out that The Joint Commission doesn’t even expect the process of inventorying devices to be too burdensome. After all, he said, hospitals should already have a robust inventory of devices in place for other reasons, such as equipment maintenance.

Phase II, on the other hand, could be a little more “cumbersome,” Mills says, particularly as hospitals start addressing the challenge of how to manage questions like who has the authority to adjust alarms.

The Joint Commission conducts random, unannounced surveys of hospitals about every 3 years, Mills says, so hospitals that are being surveyed this calendar year would be expected to be compliant with Phase I of the NPSG. 24×7 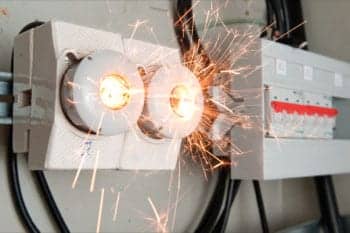 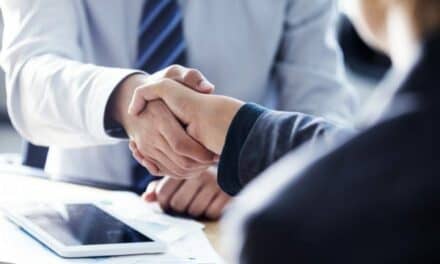