AAMI Announces Next President and CEO 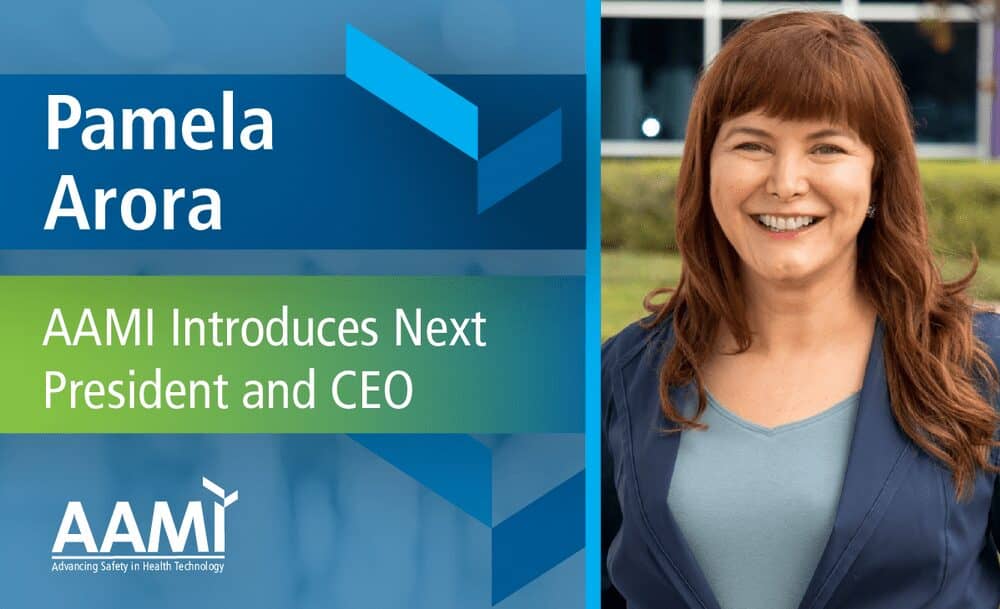 Following an eight-month search, the AAMI Board of Directors has announced Pamela Arora, a respected healthcare leader, as its next president and CEO. Arora, who serves on the AAMI Board, most recently served as senior vice president of strategic technology at Children’s Health System of Texas, where she served as chief information officer for 14 years.

“I’m honored to be chosen to lead AAMI as its next president and CEO,” Arora says. “I first moved into the healthcare technology field for several reasons, including the industry’s readiness to adopt technological transformation. But the most important reason is the mission of using technology to improve the health and livelihood of those around us. That’s the goal of AAMI’s many stakeholders, and it’s at the very heart of AAMI’s role as a trusted, neutral convener.”

At Children’s Health, Arora was responsible for directing technology efforts to support capital projects planned and underway at the system. Before joining Children’s Health in 2007, Arora served as SVP and CIO at UMass Memorial Health Care in Worcester, Mass., CEO of LiquidAgents Healthcare, and CIO of Perot Systems in Dallas. She holds a bachelor’s degree in computer science from Wayne State University and an MBA from Southern Methodist University.

“As a leader, the most important lesson I’ve learned is that you can’t do it all by yourself—you must surround yourself with team members who work well together toward a common goal. I am very much looking forward to working with AAMI staff, volunteers, and members in our shared mission,” Arora adds.

An avid traveler and music enthusiast, Arora currently resides in Dallas, with her partner Roy and daughter Madison, who will be attending medical school in the fall. Arora looks forward to returning to the Washington, D.C., area to be closer to AAMI’s offices as well as to family on the east coast, including her father, William Kerr, and her sister in North Carolina.

“Over the past several years, AAMI has invested in the people and systems necessary to support the needs of our members as we continue to advance the field of health technology. With Pamela coming on board, we are poised to begin an era of greater growth and extraordinary possibility,” says Steve Yelton, chair of the AAMI Board of Directors and Professor Emeritus at Cincinnati State Technical and Community College. “I also want to extend our appreciation and gratitude to Steve Campbell, who served as acting president and ensured that AAMI continued to dutifully fulfill its mission.”

Arora’s history as a longtime supporter and active AAMI participant was a major benefit in her selection as AAMI’s next president, “as well as her impressive record of leading both healthcare and non-healthcare related technology organizations as an executive,” says Prust, Global Standards Director with 3M Health Care. “I am excitedly looking forward to collaborating with her and the AAMI team to evolve the organization and lead the way for safe and effective use of healthcare technology.”

After more than a year serving as acting president, Steve Campbell plans to remain engaged with AAMI, where he will work on the transition and his roles as AAMI’s COO and executive director of the AAMI Foundation.

“Despite the challenges that all organizations have faced the past year, AAMI is financially strong, our membership is growing, and our mission is as important as ever. I’m confident that this organization is on the right path and—with its new CEO—in good hands,” Campbell says.

Over the coming weeks, AAMI members can look for more ways to get to know the organization’s CEO, including a meet and greet at the AAMI eXchange in San Antonio this June. 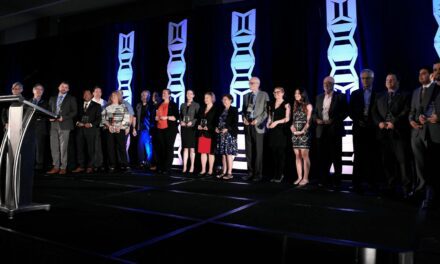 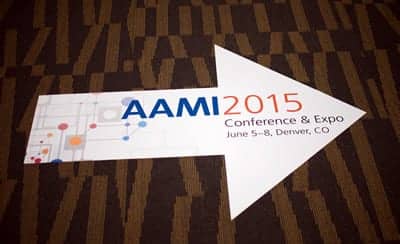