Marilyn Neder Flack, AAMI’s senior vice president of patient safety initiatives and executive director of the AAMI Foundation, will step down at the end of March.

“Marilyn’s efforts and passion grew the foundation to where it is today, and she leaves it having made a tremendous and meaningful impact on how hospitals can improve patient safety,” says Jim Piepenbrink, deputy executive director of the AAMI Foundation. “Her commitment to patient safety, her boundless energy, and incredible laugh have been an inspiration to all who have participated in the foundation.” 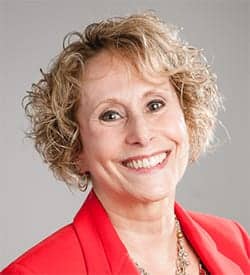 Flack, who started her career as an audiologist, joined the AAMI Foundation in September 2013 after spending nearly 14 years at the U.S. FDA, where she helped build the agency’s Medical Product Safety Network, generally referred to as MedSun. At that time, the foundation was just beginning to establish itself as a “safe place to bring people together to solve the problems pointed out during the 2010 AAMI/FDA/ECRI infusion safety summit,” Flack says.

During her tenure, the AAMI Foundation’s focus grew to issues beyond infusion therapy safety, expanding to address challenges such as clinical alarm management, continuous electronic monitoring of patients on opioids, home healthcare technology, and the safe use of complex health technology. There are now more than 100 individuals committed to helping the AAMI Foundation achieve its mission of reducing preventable patient harm and improving outcomes associated with the use of health technology.

“I have had the pleasure of working with Marilyn, starting when she was at the FDA,” says Foundation Board member Tim Vanderveen. “She was a great choice to take charge of the AAMI Foundation, and what she has accomplished has been incredible. The infusion, continuous monitoring, and alarm coalitions have established AAMI and the AAMI Foundation as national leaders in patient safety. The multidisciplinary nature of both the problems and solutions has brought together many nontraditional AAMI members.”

For Flack, bringing together these diverse groups of stakeholders has been the greatest challenge—and most rewarding aspect—of the job.

“The problems that we’ve been trying to solve have existed for so many years. Everybody has cared about those problems, but they’ve all tried to solve them from their own perspective. And they are too complicated to do it that way,” Flack says. “You have to bring everybody to the table—clinicians, industry, researchers, and regulators—to work together to solve the problem in coalitions rather than in silos.”

Much of the foundation’s success can be traced to Flack’s effectiveness as a leader, according to Frank Overdyk, an anesthesiologist for the Roper St. Francis Health System in Charleston, S.C., who helps lead the AAMI Foundation’s National Coalition to Promote the Continuous Monitoring of Patients on Opioids.

“Marilyn is passionate about the goals of the foundation, and her energy and enthusiasm in accomplishing those goals are clearly evident every day,” Overdyk says. “She is persistent and tenacious, devising new strategies and tactics around anything in the way of progress. She is an effective fundraiser and operationally efficient. Yet she is personable and compassionate, maintaining trust and integrity in her interpersonal relationships.”

Flack credits the foundation’s growth to the hard work of its coalition volunteers. “Nothing is possible without people being willing to share their time, talents, and knowledge,” she says. “The coalitions have only produced the incredible amount of work that they have because very, very busy people were willing to give their time because they care about patients. So, thank you to all of the volunteers.”

Three of the initial foundation initiatives concluded at the end of 2017, and Flack says that she felt this might be a good time to make a transition. “This wasn’t an easy decision,” Flack says. “But, I know that whoever takes the helm of the foundation will help it continue to thrive and fulfill its ultimate goal, which is keeping patients safe with good technology.”

Following the announcement, AAMI President and CEO Robert Jensen told staff: “While I know we’re sorry that Marilyn is leaving, I think we all know how dedicated she has been and how she has fundamentally grown the impact of the foundation in four short years. We should all hope we deserve the fun and rest of retirement as much as she.”

When it comes to retirement, Flack is looking forward to spending more time with friends and family, as well as traveling, starting with a much-anticipated trip to Norway in October to see the Northern Lights. However, she still plans to remain involved in the work she’s done for the past two decades.

“I think I’ll always be engaged in some way in patient safety—either by doing some consulting or volunteer work,” Flack says. “But a benefit of retirement is being able to pick and choose when I want to work on a project and which projects I want to work on.”

Interactive IT at HIMSS 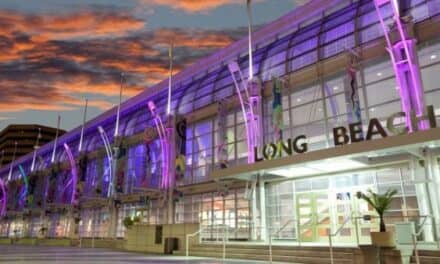