HTM 101: The Current State of Education in the Biomed Field 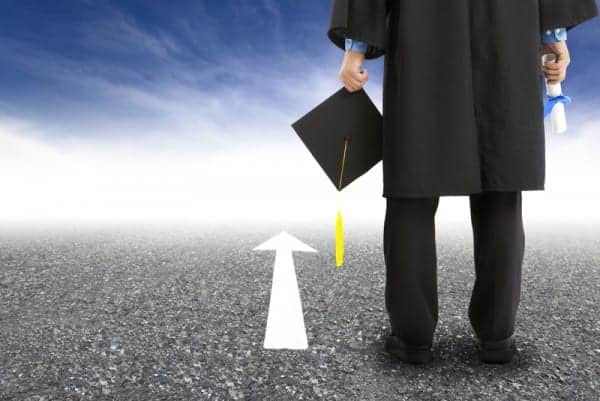 For the last few years, the shape of HTM academic programs in the United States has been, well, rough. Last year, for example, several programs closed due to low enrollment numbers, heightened expenses, and a lack of qualified faculty members willing to teach. Fortunately, in 2018 and beyond, the future is looking brighter.

Look no further than the HTM program at the Community College of Philadelphia, maintains Randy Libros, an associate professor in physics, and director of applied science and engineering technology. Not only has the program’s enrollment maxed out at 24 students for the past two years, he says, but his students are pursuing further degrees. In fact, Libros says, “After earning a certificate, more than half of our students have been hired as BMETs—in a field where an associate’s degree is the traditional entry-level credential—and about 60% or so are continuing on with our level 2 certificate and working toward the associate’s degree.”

The academic landscape is also improving in Florida, as evidenced by the recent launch of a biomedical engineering technology program at St. Petersburg College (SPC). Brian Bell, PhD, the lead faculty member of the program, says a “lack of a qualified workforce” in the Tampa Bay area led to the creation of the program—with a group of professionals advocating for it.

Although the biomedical engineering technology program started out as a noncredit training program, it progressed to a full-degree program in 2017—the culmination, Bell says, of a Trade Adjustment Assistance Community College and Career Training grant from the Department of Labor. “Given the high number of medical device companies in Tampa Bay, we were able to make the case that this was an important initiative for our industry community,” he says.

Demand in central Florida aside, the academic environment still struggles in some areas. Case in point: Enrollment in the HTM program at Milwaukee-based Marquette University (MU) has been a bit down lately. To Jay Goldberg, PhD, PE, clinical professor of biomedical engineering and director of the school’s healthcare technologies management program, the lower numbers are partially attributable to the lack of financial assistance that MU can provide to new students.

Although GE Healthcare established a small endowment for the HTM program—which Goldberg praises wholeheartedly—he says the endowment does not fully support a student in the program.

What’s in the Offering?

The good news? When selecting an HTM program, prospective students have an abundance of good options. The program at the Community College of Philadelphia, for instance, includes BMET Proficiency Certificate Level 1 and 2, as well as an associate degree in applied science and engineering technology.

The program, Libros says, was developed with the support of a National Science Foundation Advanced Technological Education] (NSF ATE) grant. Libros adds: “The grant enabled us to purchase biomedical test equipment, such as simulators and safety analyzers, as well as medical equipment for students to work with in the lab. And, just as important, it enabled us to build in support systems for both students and for part-time instructors who are actively working in the field.”

Like the Community College of Philadelphia, SPC in Florida is also the recipient of an NSF ATE grant—which it will utilize to add tracks in medical device networking, cybersecurity, and manufacturing. “This is very exciting for us because we believe that these areas are crucial for the next generation of technicians,” Brian Bell says. Some educators believe that a four-year degree is also critical for the next generation of technicians.

It’s a position that Roger Bowles, MS, EdD, CBET, instructor of biomedical equipment technology and medical imaging systems technology at Texas State Technical College (TSTC) in Waco, seemingly holds. “The associate degree is an excellent start, but I think for those who want to eventually move into management, a four-year degree is probably necessary,” he says. Furthermore, research or supervisory positions may require a master’s or a doctoral degree (PhD).

That said, MU in Wisconsin offers a master of science in healthcare technologies management program in conjunction with the Medical College of Wisconsin—a program that can be completed in one calendar year on a full-time basis or three years on a part-time basis. “The focus of our program at MU/MCW is on management of technology; students learn how to manage and lead a new product development organization, as well as a clinical engineering group,” Goldberg says.

Specifically, they take business and management courses and other specialized courses of interest to the healthcare industry (clinical and industrial).

Regarding demographics, it’s clear that there is no “typical” student entering HTM programs. Ideally, students desire a comprehensive education in biomedical engineering and hope to work in either an industrial or clinical setting or on a consultancy basis. “Most commonly, we have second-career students,” Bell says.

SPC also has some first-time-in-college students who often hear about the profession from a family member or employer. In addition, the majority of enrolled students already work in a hospital setting and heard about the BMET or clinical engineering department through experience. HTM programs also draw in students who have worked in industry or management, but came to realize that they need more formal academic training to move up the ranks, according to Bell.

Another consideration is dual degrees. Two different degrees gives students the advantage of two separate paths, depending on job opportunities at the time they graduate. TSTC, for instance, offers an associate degree in biomedical equipment technology and an associate degree in medical imaging systems technology. “Many of our students complete both degrees and have a distinct advantage when they graduate,” Bowles says.

Plus, if students go into imaging at a later date, then they already have some background in it. Bowles expects approximately 50 HTM graduates this year, which is about average. Even so, TSTC is seeing an uptick in the amount of interested students touring its program—and enrollment has been up for the past three semesters, including the upcoming summer semester.

Bowles adds that TSTC has a good mix of students, ranging from veterans just leaving the military and many second-career students to some transferring in from other colleges. “We also have several who have four-year college degrees in less-than-productive career fields,” he says. TSTC has also seen a spike in the number of recent high school graduate admissions and has a few students still in high school who are taking courses in the curriculum simultaneously.

In addition, Bowles says, “We have many state universities that accept a large amount of credits from us and allow the students to continue their education online while working in HTM at the same time.” And, in many cases, the employer picks up much—or all—of the tab. This is the norm in Texas, he says, for students coming to those four-year universities from another regionally accredited, two-year institution. If they are not coming from regionally accredited institutions, however, then those credits are harder to transfer, Bowles concedes.

Does the Industry Have a Role?

Brian Bell has a message from academia to the entire industry: Make it a goal to hire entry-level technicians with a degree. “I realize that this may not always be possible for an organization right away,” he says, “but I believe that it should be a goal. Maybe a year from now, maybe five years from now—it will depend on the availability of programs in an area.”

Bell’s other advice to the HTM sector?

Bell is afraid, however, that the value of a degree is often challenged in this field. Still, he is hopeful that this will change and that, one day, a degree will be standard to any role in HTM. After all, he says, “I believe it will improve safety and efficiency within the field, and by elevating the required credentials, you will increase the respect and awareness of the entire profession.”

Like Bell, Goldberg also has a handful of advice for the HTM sector—although his comments are more directed toward academia. His top nugget of wisdom? Solicit more endowments from companies, similar to what GE Healthcare has done for MU. After all, he says, “Most medical device companies will pay their employees tuition and fees; this is a form of financial assistance, which supports half of our students in the program.”

The educators interviewed in this article agree on one thing: For HTM graduates to succeed in the field, they will need an understanding of business and management, as well as coursework that helps them develop communication, teamwork, and decision-making skills. This, however, is a marked change from technical courses that tend to focus solely on a student’s design and analytical skills.

To Bell, this is the largest trend he sees—a shift in desired skills. In fact, his advisory board currently recommends removing many of the traditional electronics courses in favor of courses focused on computer repair and networking.

Roger Bowles, however, finds that there are more opportunities in both biomed and medical imaging for two key reasons: First, from what he has been reading, the medical equipment service market is doing well and probably expanding. Second, more and more people in the field are retiring and, perhaps—at least from TSTC’s perspective—since there are schools closing, the number of opportunities for its students has been rising.

Hence, Bowles says, increasingly more manufacturers—particularly those who develop imaging systems—are interviewing at his institution for field-service representatives. “For students, the future looks absolutely fantastic,” he adds. “They will have more job opportunities than they ever have.”

Goldberg concurs, revealing that his students have a roughly 96% employment rate. “They are getting jobs in different sectors in several areas within medical device companies (R&D, marketing, sales, regulatory affairs/quality control) and hospitals (mainly clinical engineering areas),” he says. What’s more, he reveals, approximately 45% of his graduates have moved into management roles in hospitals or medical device companies—a figure Goldberg deems very promising.

Looking to the Future

Given the proliferation of medical devices in recent years and the continued growth in the healthcare sector, opportunities abound for educational programs in HTM. “However,” Bell cautions, “without a desire for a credentialed workforce from the industry, I’m afraid there may not be enough support to have sustainable programs throughout the country.”

For some programs, the reality is that faculty members are getting older and nearing retirement age—a trend seen throughout the entire HTM sector. And, from a financial perspective, being an educator may not be as lucrative as working in a hospital setting or for an OEM, Bowles points out.

“With state schools being squeezed for money, faculty salaries are not going to keep up with the industry,” Bowles adds. Although TSTC faculty members feel fortunate to house the talent they currently do, he says, some educators are being cherry-picked by industry recruiters, thus reducing the teaching pool.

What’s clear, the Community College of Philadelphia’s Randy Libros says, is that there is a need to get more qualified people into the field to start to fill the vacuum that will otherwise be left by people retiring. “Our focus currently is on the entry-level BMET—and there is a need for more programs across the country. But there are needs at all levels, so it’s also important that we grow the number of bachelor degree-level programs,” Libros concludes. 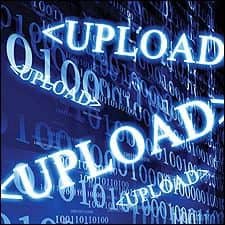 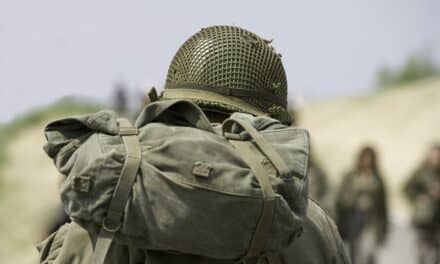