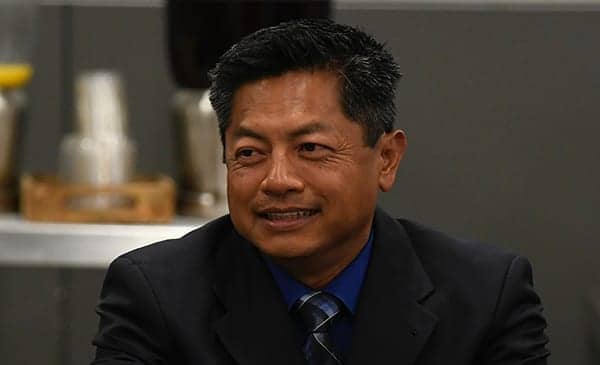 By Aine Cryts Jovito “Jojo” Gonzales, BSHA, CBET, CHTM, got his start in healthcare as an EMT in the U.S. Navy. Born in the Philippines, Gonzales moved with his family to the United States at the age of 17 because his father felt uneasy about the unrest in the country. Two months after landing in San Diego in the early ’80s, Gonzales signed up for the Navy. What he knew at the time was he yearned to see the world—and joining the Navy was the best way to accomplish that goal. Why healthcare? Gonzales says the healthcare field just felt right; he’d been involved in providing care to others since he was a Boy Scout learning First Aid. His formal title was hospital corpsman in the Navy, where he served as an EMT providing care to soldiers and sailors in a hospital environment. Gonzales describes the hospital corpsman role as somewhere between a certified nursing assistant and a registered nurse. It wasn’t until a chance meeting with a biomed working on a defibrillator that the course of his career—and his life—would change forever. Gonzales learned quickly that a career in HTM would be the perfect fit for his passion for healthcare and desire to tinker with technology. Top of His Class

The training to become a biomed required a significant commitment, as well as patience because Gonzales had to “earn the right” to get into the program. During the first training, he learned alongside servicemembers from the Navy, the Army, the National Guard, and from various countries around the world. This basic level of training, which he describes as “not that difficult,” lasted almost a year. He was able to get into the advanced biomed training after being stationed overseas. While he didn’t have to take a final test to graduate from the biomed training program, he was tested throughout the training. Gonzales also learned how to repair medical equipment when the parts were broken apart. He fixed every piece of equipment he was given during training, and went on to graduate at the top of his class. Over the course of his service, Gonzales served in the Navy for a total of 20 years and eight days. Breaking into the Civilian World Gonzales’ reputation in the Navy preceded him at San Diego-based Kaiser Permanente. And although he wasn’t available when the health system first approached him about a job, the second ask proved to be the charm. He officially joined the biomed department at Kaiser Permanente in October 2005, where he has served ever since. Luckily, the transition from military to civilian work was nearly seamless. Gonzales notes that his initial impressions of his first role at Kaiser Permanente was that it wasn’t as stressful as being overseas or in the middle of the ocean. Plus, he knew that his ability to build strong relationships with his colleagues—along with 20 years of Navy-inspired work ethic—would prove even more important than his technical skills. In the Navy, he had grown accustomed to being the only person responsible for the medical equipment on an entire ship, which taught him to be resourceful. Sailors on the ship also depended on him to treat them if they got sick, so his background as a hospital corpsman was helpful. “I needed them on my side,” says Gonzales. “If something broke, I needed [it] shipped fast.” He drew on that experience when coaching coworkers and mentees at Kaiser Permanente. It’s all about developing relationships with the people you serve, he says. “Treat everyone the same, [whether you’re dealing with] the CEO or the people who clean our floors,” recommends Gonzales, who now serves as the lead biomed equipment technician at Kaiser Permanente San Diego Medical Center, the health system’s newest hospital, which opened in 2017. In his current role, Gonzales manages a small staff. He’s also responsible for day-to-day operations and planning. “I’m the go-to person if the chief operating officer or the nursing staff needs to get things done,” he says. A sampling of his strategic projects:

Passing the Torch Gonzales’ first piece of advice for up-and-coming HTM professionals is this: “Slow down to go fast!” He concedes that the phrase is borrowed from racing, but that it still applies to the HTM field. Four other insights from Gonzales include:

He also encourages newbies to get—and stay—connected. “It’s extremely important that HTM professionals stay engaged,” notes Gonzales. Specifically, he points to 24×7 Magazine and HTM-focused resources as powerful ways to monitor the latest trends and updates in biomed. Attending industry conferences, such as AAMI Exchange, also allow new (and seasoned) HTM professionals to forge beneficial relationships with fellow biomeds, vendors, industry leaders, and regulators, Gonzales says. Specifically, educational sessions at AAMI Exchange provide updates on what’s going on in the industry and the AAMI expo hall provides a glimpse at the latest and greatest tools of the trade, he points out. But when asked what it means to win the AAMI & GE Healthcare “BMET of the Year Award”—bestowed on a BMET who has demonstrated dedication, achievement, and excellence in the field of HTM—Gonzales is characterically modest. “It was extremely humbling,” he says. “It’s a validation of how well our team works together. I give them all the credit because without their support and my confidence in their abilities to keep the shop operating at a high level, I wouldn’t have been able to take on those extracurricular projects, responsibilities, and tasks that allowed me to showcase my skills.” Aine Cryts is a contributing writer for 24×7 Magazine. Questions and comments can be directed to 24×7 Magazine chief editor Keri Forsythe-Stephens at editor@24x7mag.com.   Communication Skills for Career Success Technical skills aside, the ability to communicate well is integral to success in the HTM field, Gonzales says—particularly for those in leadership. Given Gonzales’ modesty, it’s not surprising that he only deems himself “a decent communicator.” “I’ve improved over the years, but there’s always room for improvement,” he says. Public speaking, he says, is something that hasn’t come natural to him. So in a bid to improve, he’s taken speech classes, read books on the topic, and practiced giving speeches. He also continues to leverage his Naval experience in his current role. “With my experience as a healthcare provider, I can empathize and work well with our customers—[and] doctors and nurses—since I know not just how the equipment works, but also its application,” adds Gonzales. Communication skills are also helpful when working with other departments in the hospital. For example, Gonzales often draws on his IT education and experience when communicating with IT partners, using technical terms and IT-specific practices. “Like anything else, if communication is a weakness, accept it, and learn ways to overcome,” he advises. —A.C. Jojo Off the Job Favorite hobby: That’s golf. Someone once asked him, “What is it that attracts people to golf?” For Gonzales, the game holds special meaning. “I discovered golf during one of the most difficult periods of my life,” he explains. “It helped distract me from my burden and brought simple joy, such as the outdoors, lush greens, and reenergizing sunlight.” Favorite books: Gonzales is a big fan of motivational quotes and proverbs, and calls self-improvement books his favorite. His top three recommendations?

Favorite musicians: Easy, he says: His sons, Mark and Jeff, who are members of the Grammy-nominated metal group, Periphery. —A.C. 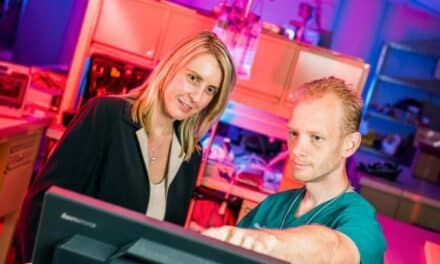 Izabella Gieras: From Legos to Leadership