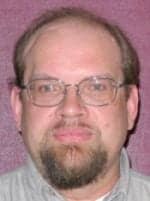 Just about every cellular phone vendor is touting and selling 4G capabilities. There are also people saying that it is false advertising because while data rates have improved, they are a long way away from the 4G specifications as set by the International Telecommunication Union (ITU)—the global wireless standards-setting organization based in Geneva, Switzerland. The cell phone vendors say that while the ITU standards are a guide, the vendors do not necessarily follow the letter of its “suggestions,” and that the G designation will probably fade from use this year. For this month’s column, let us take a look at what the ITU 4G involves and what the cell phone vendor transmission rates really are. Like Ozzy Osbourne said in the Best Buy Superbowl commercial when asked to introduce 4G and then 5G, “How many bloody G’s are there?” Justin Bieber steps in to help and introduces 6G, since 5G is already old news … funny stuff.

In health care, 4G is the great enabler. It is not just for cell phones; it puts broadband Internet access into more hands than ever before by using the cell phone infrastructure—no more need for hot spots! For example, in Michigan in February, President Obama commented on the national wireless initiative, saying, “In Wagner, South Dakota, patients can receive high-quality, lifesaving medical care from a Sioux Falls specialist who can monitor their EKG and listen to their breathing—from 100 miles away.” There are several government programs funding the move from paper-based health records to meaningful use electronic health records, or EHRs, in rural health care facilities. The FCC has another example program that is designed to ensure that rural providers pay no more than their urban counterparts for their telecommunications and Internet access needs in providing health care. As 4G rolls out, we will need a clearer picture of its various guises. 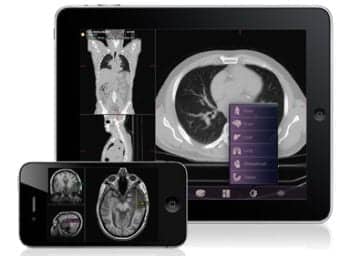 The ITU, a United Nations agency for information and communication technology, is the global focal point for developing networks and services. The ITU has been in business for 145 years coordinating all aspects of telecommunications, including shared worldwide use of the radio spectrum, promoting cooperation in assigning satellite orbits, improving global telecommunication infrastructure (and cyber security), and establishing standards for the interconnection of communications systems. Specifically under the ITU-Radiocommunication (ITU-R) sector, it has set the standards to make cell phone infrastructures interoperate around the globe.

If you go to the ITU Web site (www.itu.int) to see what is going on, be sure to leave bread crumbs to find your way out again! It has tons of various documentation that details each step of the way—from idea to becoming a global standard. It slugs through every grim detail. Like many standards organizations, it puts out a call for proposals to meet its initial guidelines. It previously sets initial requirements through collaboration with industry experts. Nothing is done in a vacuum. In fact, panels of experts outside of ITU do most of the work, and it takes years to release a new standard.

The cell phone technological generations used to evolve about every 10 years. Think about the millions of cell phone users, specific protocols, and the huge infrastructure that was implemented to support it all. It takes a while to bring everyone up to speed. It used to be that all we used telecommunications for was to talk on the phone! Humans are relatively slow. We are limited to ~20Hz to 20KHz in our use of sound, so our phone system did not need much in the way of data transfer rates. If we limited the phone system to just sound, we could hang at 2G. However, needs change, and to transmit multimedia events or movies, send MRIs from a remote clinic, play interactive network games while surfing, texting, and faxing, we will need a little extra bandwidth for all that. Oh, and by the way, we do not want to bother with wires anymore—we want all that stuff wherever we go!

In 1981, analog cellular phone systems were more like two-way radio communication. Then, in 1992, 2G was released and essentially moved to an all-digital transmission model. I still remember those old cell phones that looked like World War II walkie-talkies. Consider the old joke about the man struggling with his heavy luggage in the airport as he stops to make a cellular call. He is overheard that he needs to sell his cell phone equipment cheaply. A deal is made with a passer-by, and as the buyer is walking away the man says, “Wait, don’t forget the batteries!” and picks up the two heavy suitcases. (Well, it was funny at the time.)

In 2001, multimedia support, spread spectrum techniques, and at least 200 Kbps transmission rates were required to be considered 3G. There was no generational naming convention at this point. Looking back, it was realized that we were entering the third generation of cell phone technology, and the term 3G came into use. In retrospect, this meant that the previous technical platform must have been second generation, or 2G. In other words, 2G was not known as 2G until 3G came along, and we have been using this nomenclature ever since. Previous to that, 1G defined the beginnings of wireless telephones, and ØG was POTS (plain old telephone system). ØG simply made the distinction that it was a public switched telephone network and not a closed system like the police or taxi services used.

To see what the entire International Telecommunication Union (ITU), Geneva, Switzerland, process looks like, check out an article called “Development of IMT-Advanced,” by Stephen M. Blust, working party 8F chairman at ITU–R and a director at AT&T. It is an excellent explanation of the 9-year process and how the ITU incredibly manages all the details. It tracks recommendations, reports, and resolutions. Even questions get an identifier to enable tracking through to resolution. Type in the link below or go to the ITU site and search on “Development of IMT-Advanced,” which is the first link that pops up—it is worthwhile!

4G is expected to be released this year or next to take the subsequent leap. See the sidebar to get a look at what 4G is shaping up to be. But, wait just a second. What about the 4G systems already in use or that are planned to roll out shortly? It is not a done deal, and there is a lot of confusion. None of the current cell phone systems meet the current 4G requirements. To clear some of the confusion, first get used to the terminology and protocols associated with current cell phone systems. The ITU refers to the technology as IMT for international mobile telecommunications. The ITU designation for 3G is IMT-2000. It was developed in the mid 1990s and released in 2001. Again, it evaluates submitted proposals against the draft specs and stipulates which ones meet the requirements. However, of the six “approved” 3G protocols, only two vendors marketed themselves as 3G—another source for confusion and maybe another clue that the use of “G” is fading.

The ITU designation for 4G is IMT-Advanced. In essence, it boiled down (ITU says “harmonized”) six proposals into two technologies: LTE-Advanced and WirelessMAN-Advanced. Last October, the ITU announced that these two were accorded the official designation of IMT-Advanced, qualifying them as true 4G technologies. Unfortunately, no one has implemented these protocols, as of yet. The two generalized steps for 4G are to nail down all the technological details in an ITU spec, followed by industry building the infrastructures to meet it. There is a big difference between getting a specification qualified and implementing all the hardware and software infrastructures, in addition to the millions of users who will need new phones!

At that point in time it was pretty clear where everything stood—you were one of the proposals that met the requirements, or you did not qualify. Still, the ambiguity caused one IT pundit to claim that 4G is like a unicorn; it hasn’t been spotted anywhere in the wild just yet. Another IT pundit said that just because he calls his Yugo a Cadillac does not make it so. To muddy the waters further, another statement was made by the ITU: “… As the most advanced technologies currently defined for global wireless mobile broadband communications, IMT-Advanced is considered as ‘4G,’ although it is recognized that this term, while undefined, may also be applied to the forerunners of these technologies, LTE and WiMax, and to other evolved 3G technologies providing a substantial level of improvement in performance and capabilities with respect to the initial third generation systems now deployed.”

That statement probably cleared it all up for you. Hardly a resounding level of approval to use the 4G term where you see fit, and it leaves a lot of wiggle room. Regardless, the bottom line is that IMT-Advanced (4G) defines downlink or incoming data rate at a minimum of 100 Mbps while mobile (in a car or train), and 1 Gbps (or 1,000 Mbps) when stationary. These are ideal conditions, too. In the real world, there will be many obstacles causing interference slowing things down as error rates go up. Real-world tests of current 4G systems are showing rates of 10 to 12 Mbps, a marked improvement over 2G and noticeably faster to most users. Most are glad they made the switch from 3G. You should also consider factors like your area’s network coverage and that data rates will also erode as more users come into your cell. Test users noted the extra strain on their laptop batteries comparing about 3 hours use with Wi-Fi but less than 2 hours with 4G. The trade-off is that you do not need a hot spot. Personally, all in all, test users seem to agree to get on board with 4G, you won’t regret it! Professionally, you will need to determine what wireless broadband could mean to your facility and customers. Will you wait until next year when we will really see 100 Mbps, or jump in now and take advantage of the interim increased speed benefits?

With some confusion surrounding 4G, what actually defines this evolving standard? The International Telecommunication Union (ITU), Geneva, Switzerland, is a United Nations agency for information and communication technology that sets the 4G wireless standards. According to the ITU, a 4G cellular system must fulfill the following requirements. It must: 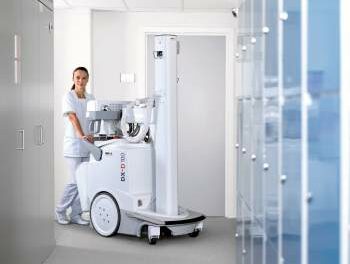 Capitalizing on the Value of Portable Imaging Equipment 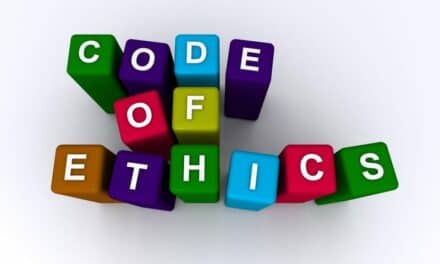 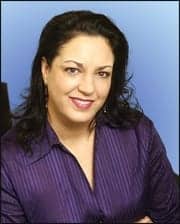