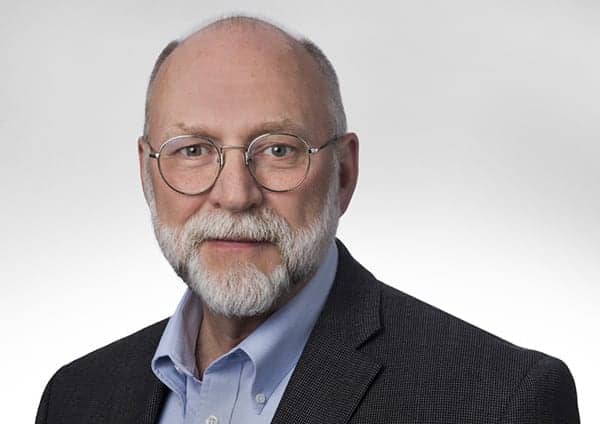 A Joint Commission legend, Mills has championed simplicity, but there’s nothing simple about his accomplishments.

Blame it on the darkness. After working the second shift as an iron worker, George Mills felt it was time to try his hand at carpentry and accepted a daytime job in Minneapolis. But after experiencing seven Minnesota winters, Mills decided to look for an indoors job.

A third-party management company eventually recruited him, and Mills was introduced to a new setting: healthcare. Not that he was happy about it. During his first week of training for a new role at a hospital, Mills made a wrong turn into the morgue and declared that he was “absolutely positive that healthcare was not in his future.” Fortunately for Mills, and the millions of people who have been patients in the U.S. healthcare system, his plans didn’t quite work out as he imagined. Today, Mills’ name is trailed by the acronyms MBA, FASHE, CEM, CHFM, CHSP, CHOP-DNV, as well as the new AAMI Fellow designation.

His career in healthcare technology management is equally impressive. It includes a 14-year stint with the Joint Commission, six years of which he served as director of engineering; a post as director of facilities; national positions related to codes and standards, including serving as director of codes and compliances for the American Society for Health Care Engineering; consultancy work; serving his second term on the AAMI Board of Directors, and his current role: director of operations, healthcare platform, for Jones Lang & LaSalle (JLL).

With a resume like that, it’s safe to say Mills’ position on working in healthcare did change just a bit.

The Moment That Changed Everything

For Mills—who, despite his best intentions, was hired at Rice Memorial Hospital in Willmar, Minn., largely because of his expertise in construction and design—there was a singular moment when he realized that his views on working in the healthcare field completely changed.

About four months into his position, while doing a remodel on a nursing unit, his youngest son, who was around 2 years old at the time, was admitted to the hospital for surgery. Mills recalls the scene perfectly: A nurse wheeled his son into the OR in a little red Radio Flyer wagon, and the little boy looked at both him and the nurse with such trust in his eyes. In that moment, Mills had what he calls an epiphany.

“It was like Saul on the road to Damascus,” he remembers. “It hit me: The whole reason we are here is because of that little guy in the wagon; the tools we use, the temperature in the room, pressure differentials, everything is about him—the patient.” No longer did Mills view himself as just a carpenter. He was finally ready to embrace his new role as a healthcare facilities manager.

Part of the Process

After his “Road to Damascus” moment, the trajectory of Mills’ career also changed. In addition to making more of an effort to be involved with patients—stopping to chat, and even having the occasional lunch with some of the patients—he began to view his work in terms of the value it provided to patients.

It was also around that same time that Mills read the Joint Commission’s Plant, Technology, and Safety Management (PTSM) Handbook, then considered the recipe for success on how to create a safe healthcare environment. Upon reading the guidelines set forth in the book, Mills had another “aha” moment, realizing that he had stumbled into his life’s passion. “When I saw those guidelines, that’s when I saw the value of regulatory agencies and codes—and that’s really served me in my 30-some years in healthcare/being part of the process,” he notes.

Mills took the quest to become part of the process quite literally, working in plant operations and maintenance management engineering roles before assuming positions with ASHE and the Joint Commission. While serving as director of engineering at the Joint Commission, Mills took on the task he is perhaps best known for: working with the Centers for Medicare & Medicaid Services (CMS) S&C 12-07-Hospital “memorandum” issued in December 2011, which set different servicing levels for equipment based on the equipment’s use.

“That was the biggest battle that I really went through,” Mills recalls. “It was pretty huge.” He explains that the memo from CMS essentially mandated that biomeds must follow manufacturer recommendations, no matter what—and Mills fought against what he believed to be unrealistic guidelines. “The numbers were in the billions of dollars of what it would cost, and it made no sense,” he says.

To illustrate his point, Mills uses the example of two defibrillators, one in an ambulance, where it gets used—extremely roughly, at that—several times a day versus a defibrillator that sits quietly on a cart in a hospital, merely getting tested every week. Does it make sense to force biomeds to perform the same level of scheduled maintenance on both defibrillators? Of course not, he says.

“It just doesn’t make sense [in their] settings to always follow manufacturer recommendations—and that was the argument that I used with CMS to get them to understand that the manufacturer is going to write for the worst experience,” Mills says.

Through the CMS discussions, Mills was very blunt about what the outcome would be if HTM professionals were forced to follow manufacturer recommendations: “It would cost billions with no value to patient healthcare,” he notes. Fortunately, thanks to what Mills calls his “rallying” efforts with the giants of the industry, he was able to work with AAMI and ASHE to survey 2,500 biomeds and facilities engineers on what, if any, adverse effects resulted in following amended maintenance schedules. The results spoke for themselves and, thanks to Mills’ efforts, CMS released a second, more reasonable alternative maintenance schedule, which contains much of Mills’ language and is still in use.

During his time with the Joint Commission, Mills also took on the task of interpreting standards to the accredited organizations and training surveyors on how to survey to those standards. “Very quickly, I became aware that the field did not understand the standards that the Joint Commission had written,” he says. “So, I developed the curriculum to train the field on the standards; I became one of the key trainers for the JC.” His program was so successful that it continues today.

Although Mills has had a variety of roles throughout his career, his focus has always been on simplifying processes and concepts as much as possible. “These standards seem so complex that people tend to overthink them and make them more complex than they need to be,” he explains. “Simplifying has always been my goal—it’s what has gotten me the notoriety I have. Boil it down to something simple because if the field can do it, then the patients can benefit from it.”

His focus on simplifying has no doubt led to much career success, in addition to enormous strides in the advancement of safety in healthcare. It’s the latter feat that Mills considers his greatest. “I think I’ve made a huge impact on patient safety through the standards that I’ve written and the teaching that I’ve done,” he says.

“It’s always been my passion to make our healthcare delivery safer; I’m so concerned about the 60,000-80,000 people who die every year from healthcare-acquired infections, and I think that the things that I’m doing have influenced that,” Mills continues. “It’s getting better. When it comes to the impact on patient care delivery, we are getting better and getting safer.”

Despite the enormous reach of his career, and the many lives of patients that he has touched, Mills has no plans to hit the breaks. The former carpenter—married for 42 years to his schoolteacher wife—has three children and seven grandchildren and notes that with any downtime he has, he still enjoys dabbling in the craft that gave him his start. But his focus, like his career approach, remains simple: improving the lives of patients.

Chaunie Brusie is associate editor of 24×7 Magazine. Questions and comments can be directed to cbrusie@medqor.com. 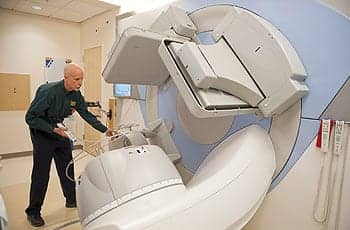 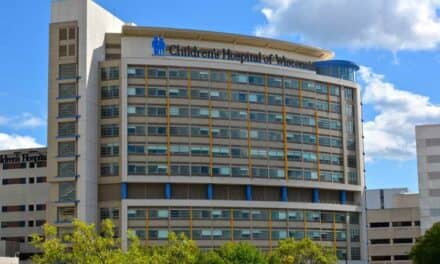 A Day in the Life: Children’s Hospital of Wisconsin 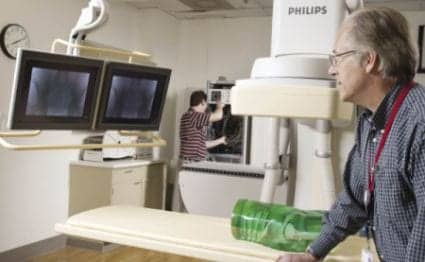