CBET Certification: Worth the Journey 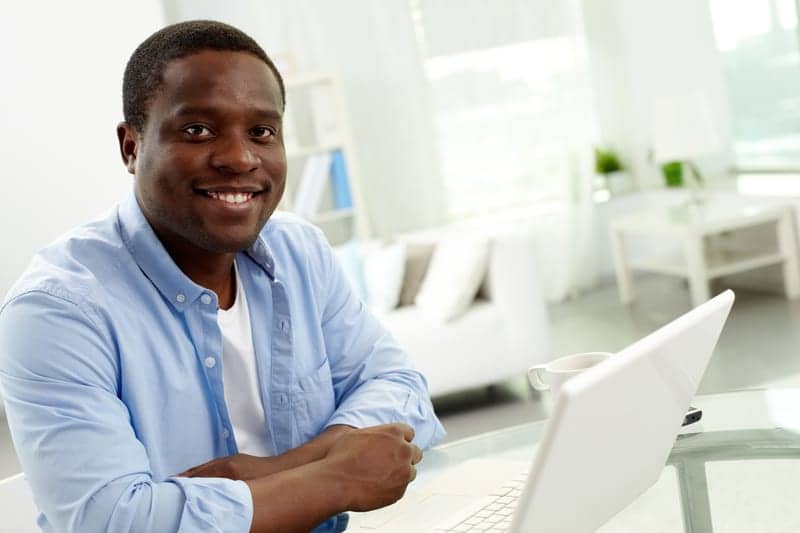 When Tanja L. Price, TCF, CBET, decided to move from Oregon to California, she knew she’d face a tough job market. Realistic about her prospects in the field of biomedical engineering technology, she decided to increase her odds of landing a position by pursuing the CBET certification. Now a biomedical equipment support specialist at the Veterans Administration (VA) in the Greater Los Angeles Health Care System, she says earning the CBET gave her the advantage she needed to stand out among her peers.

Price is not alone. Both brand-new technicians and biomeds with decades in the field are among those who have opted to pursue formal certification. For technicians who decide to invest the time and resources in studying for the CBET exam, a number of different preparation approaches are available—and the right method is often as unique as the test takers themselves.

Price joined the military in 1985 at the age of 19 and became an Electronic Countermeasures electronic warfare specialist. After serving 10 years in the United States Air Force, she pursued her associate’s degree in electronics technology and found employment at Intel and Nike following graduation. At the same time, she also apprenticed as an electrician.

Price eventually suffered an injury that sent her back to the classroom, where she took courses in biomedical engineering technology and became actively involved in a VA-sponsored work-study program. She gained 4 years of hands-on experience as a biomedical equipment support specialist at the VA in the Portland Health Care System. In the summer of 2015, she completed her schooling and graduated with a second associate’s degree, this time in biomedical engineering technology. Her impending relocation, as well as personal and professional motivation, prompted her to continue her education and take the CBET exam.

So in January 2015, Price began reviewing materials for the test, initially devoting a couple hours each week to studying and taking practice exams. As the actual test date approached, she ramped up her study time. “By that time, I felt prepared. I was getting greater results each time I took a practice test,” she says.

Price took advantage of several resources during her preparation. As a federal work-study employee, she had access to the VA’s Talent Management System, which provides online courses for a number of different professions. “Veterans in work-study programs and federal employees can search in the catalogs for CBET materials and sign up for courses,” she says.

In addition, Price participated in an annual study group sponsored by the Colorado Association of Biomedical Equipment Technicians (CABMET), which allowed her to join a live video conference at various points throughout the year. She also purchased a CD-format study guide put out by the Association for the Advancement of Medical Instrumentation (AAMI) and took the quizzes. Individuals who attend the annual AAMI conference can also access on-site study sessions and relevant handouts, she notes.

But while this range of resources offered guidance, the material could sometimes become overwhelming, according to Price. “You get a lot of information and have to decide what to use. I concentrated on the [AAMI] CD-ROM and used all the others as backup,” she says. “If I didn’t understand something, then I’d go to another source as a reference. AAMI provides examples that are geared toward the test you are taking. You have to weed out information from the other sources.”

Price’s hard work paid off when she passed the exam as a candidate in May 2015. This provisional status meant that she had an associate’s degree but had not yet gathered enough relevant experience. (Biomedical technicians that pass the CBET exam with an associate’s degree but not enough hands-on experience in the field are considered candidates. Full CBET certification is only awarded when the individual meets the basic candidate requirements and has 2 years of full-time work experience.) Once the AAMI Credentials Institute, which administers the CBET, took into consideration Price’s 4 years of experience as a biomedical equipment support specialist in the VA work-study program, she earned full certification in January 2016.

Price’s foresight and hard work led to her current position. “Every hospital wants you to have the CBET. Even places that don’t require it favor CBETs over those who don’t,” she says. “Having the CBET could be the edge.”

Taking Stock of the Profession

The CBET certification was initially developed in 1972, according to Sherrie Schulte, director of Certification Programs for AAMI. She explains that creating the exam involved a collaborative effort of input from individuals with different levels of engineering experience, along with at least one member of the certification board and others who might be actively involved in the field, including educators.

While the creation of a credentialing process enhanced the profession, the field of biomedical engineering has evolved over time, prompting periodic reevaluations of the test materials. “In order for certification programs to stay relevant and ensure that they are testing the correct information, organizations complete a job analysis to affirm the knowledge, skills, and abilities needed to do the job approximately every 5 to 7 years, sometimes sooner if a significant change has occurred within the industry,” Schulte says.

Schulte asserts that this detailed analytical process reflects best practices in the industry. “If during the job analysis it is determined and validated that the job has changed, this will prompt the board to make changes to the program. This is a key aspect for legal defensibility of a program,” she said. The results of a job analysis may lead to modifications in the content outline that is used for exam development.

The last job analysis for the CBET program was completed in 2012 and the next one is scheduled in 2017, according to Schulte. To help facilitate accreditation of AAMI certification programs with the American National Standards Institute, AAMI developed its Credentials Institute (ACI) in 2015.

Although many individuals take the exam at AAMI’s annual meeting, scheduled this year for June 3–6 in Tampa, Fla, the organization partners with a testing company that offers more than 700 computer-based testing locations worldwide. Schulte reports that more than 10,000 people have tested for the CBET certification since its inception.

The most recent edition of AAMI’s CBET test prep CD came on the market in July 2015, according to Ethan Hertz, who was responsible for the updated content. A clinical engineer at the Duke University Health System, he has served as project manager for the BMET Study Guide since the mid-1980s.

One of the most important changes to the latest version of the study tool relates to the volume and breadth of the questions themselves. Hertz explains that feedback from previous test-takers drove the changes. “We had two complaints—that there were not enough questions and that the questions didn’t cover all the topics on the test,” he says. “The new study guide tried to make sure there were five questions for each question on the actual test. The actual test has 165 questions. The new study guide has 853 questions in the database. As people take the sample tests, they won’t get repeat questions.”

Additionally, with changes to the field regarding equipment, technology, and other developments, some questions were no longer relevant. “This is something we tried very hard to address in the 2015 edition by significantly expanding the number of questions in the database by over 300 questions, as well as removing a large number of outdated questions,” says Hertz.

Updating the study guide is a somewhat lengthy process; in this case, it took 18 months. “In May 2014, we went back to the source material. The guide tells you what’s on the exam, divided into every topic. We come up with a comprehensive set of questions,” he says. “We retired outdated questions that were no longer relevant. We would like to see the study guide revised every 2 years, but it’s an expensive process. Hopefully the next version will be available online.”

Hertz reports that as of January, approximately 100 copies of the new study guide, which is available on CD, have been sold.

Price’s decision to pursue the CBET designation came from her desire to advance professionally. For Michael Overcash, CBET, biomedical equipment technology instructor at Texas State Technical College in Waco, the decision was mainly personal. After earning his degree as a biomedical engineering technician in 1995, he landed his first job with a third-party x-ray service. Shortly after, he joined in-house staff at a hospital where he spent the next 18 years. Although he enjoyed the work, he sought a personal challenge. That desire triggered his pursuit of the CBET.

Overcash spent 7 years, on and off, studying for the exam, using CABMET and AAMI study materials. “I spent many hours studying, too many to calculate, and it paid off,” he says, noting that he preferred the format of the AAMI material. “It was a bank of 650 questions that explained each multiple choice answer, not just the correct one.”

During his years of study, Overcash was fortunate that his employer at the time paid for the study materials and allowed him on-the-job time to study for the test. He earned the full CBET certification in May 2014. “I wanted to prove to myself that I could pass the test.”

Achieving full CBET certification has given Overcash a great sense of accomplishment, he says. And he encourages others contemplating taking the exam to act immediately. “Start studying now. Don’t wait. It’s not an easy exam, but it is manageable with hard work and persistence.”

New to the profession, William MacLean recently graduated from the Purdue School of Engineering & Technology in Indianapolis with a bachelor of science degree in biomedical engineering. He has completed two internships but has not yet landed a job in the field.

During his schooling, instructors encouraged MacLean to study for the CBET exam “to boost [his] résumé. I heard that those with the CBET designation find jobs easier and faster,” he says, because the certification “singles you out from the others. I also heard that it helps you get paid more than others.”

While MacLean worked toward his degree, he also studied for the professional certification. To prepare, he referred to some of his previous classwork and also checked out online study aids. He cites the book CBET Exam Secrets published by Mometrix Media as a useful resource (although some online comments have expressed concern about apparent errors in the volume’s content). Doing an internship also contributed to MacLean’s success on the test, he says. “The information and experience you gain will help answer a lot of the questions. Having an understanding of the equipment, especially troubleshooting, was useful.”

MacLean passed the test as a candidate in November 2015 and continues to volunteer as he searches for full-time employment. “I’ve applied at a local place. When places know I have the CBET, it has opened doors with interviews.”

Regardless of their original motivations or study habits, many biomedical engineering technicians who choose to pursue CBET certification say the experience is largely worth it: In addition to professional enhancement, they report finding personal fulfillment at the end of the journey. 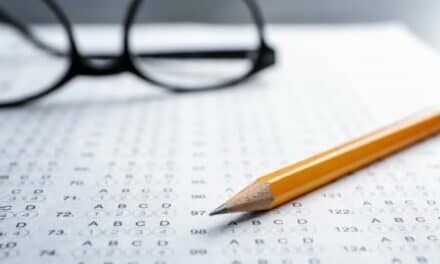 Should CBET Certification Be Mandatory?