The cardiology and diagnostic ultrasound departments at Providence Hospital-St. John’s Health in Southfield, Mich., were skeptical: Service the ultrasound equipment in-house? But when clinical engineering manager Ron Edmonds was able to demonstrate savings in uptime, response time and money by testing and repairing probes in-house, he saw doubting departments convert to satisfied supporters.

Simply reducing maintenance costs without maintaining — or improving — quality is pointless. And for an in-house biomedical engineering department taking on ultrasound maintenance, it doesn’t take long to realize that objective measures of quality assurance (QA) in ultrasound can be elusive. That’s why Ron Edmonds, clinical engineering manager, Providence Hospital-St. John Health (Southfield, Mich.), did his homework before offering in-house ultrasound service, investing in the necessary training and tools from the get-go.

“Even though we have very good relations with cardiology and our diagnostic ultrasound departments, they were skeptical when I approached them with the in-house ultrasound service alternative,” Edmonds begins. “But it didn’t take long for them to see the improvements in uptime, response time and cost savings.”

Providence Hospital is a 459-bed teaching hospital that also offers outpatient care at more than 20 primary-care and specialty-care centers. As a member of St. John Health, it contributes to a network of community-based healthcare services.

The impetus
“We were getting hammered with or without a service contract,” Edmonds explains. “We had OEM (original equipment manufacturer) service contracts on many of the 49 ultrasound scanners in our health system; the rest were on T and M (time and materials) plans. Whenever a probe was broken, it was always being replaced. The thought of repairing the probe was never an option as far as the OEMs were concerned.”

Replacing ultrasound probes can wreak havoc with a maintenance budget. An OEM repair/exchange ultrasound probe can sell for $9,000 to $12,000, and some specialty probes carry higher price tags. That’s one reason why service contracts are seen as the way to control costs. But when probe failures result from user abuse — a likely scenario — those failures are not covered by service contracts.

“So contract or not, we ended up paying for replacement probes, and TEE (transesophageal) probes were the worst,” Matt Byle, lead ultrasound BMET, remarks. “A TEE probe can cost up to $45,000 to replace because a patient bit into it. Or, there was the time our sterile management people soaked a TEE probe — the whole TEE probe — connector and all. That was an expensive event. But now, we always look first at having damaged probes repaired.”

Six-figure savings
Hospitals across the country are all dealing with the issue of cost-containment. But, as is oftentimes the case, to save money you first have to spend money.

The hospital purchased a FirstCall probe tester from Sonora Medical Systems (Longmont, Colo.) and invested in ultrasound training classes at a package price of $27,000. Training, held at Sonora, focused on basic ultrasound system design and repair, transducer design and FirstCall product information and use.

Utilizing FirstCall over a five-month period — May through September 2002 — clinical engineering saved the hospital approximately $250,000. Those savings were credited to a reduction in the number of OEM visits under the service contract and the ability to troubleshoot and repair the probe rather than having to purchase a replacement.

“Using the FirstCall probe tester, we first base-lined the performance of all of the probes, our primary source of cost,” Byle describes. “We now have objective test data, and we can show our clinical staff real evidence of a delaminating lens, a broken cable or a damaged connector. These are repairable problems that affect the clinical results.”

The objective test data is referred to as EBQA, or Evidence-Based Quality Assurance. It is produced by the probe-testing unit.

Before Providence-St. John hooked up with FirstCall, ultrasound QA was generally left up to the OEM or evaluated using a tissue phantom scanning method, considered a more-subjective exercise.

“They [the OEM] would do something only when the user complained. There was no real effort to prevent downtime or cut cost,” Edmonds informs. “Now, when Matt does an ultrasound PM, he can compare today’s probe performance to the previous PM and make decisions based on facts.”

Best of both worlds
While an in-house program in this case allowed the hospital to save money and improve its ultrasound maintenance, there are times when it makes sense to take advantage of the expertise an OEM can offer.

“Like most things in life, the Pareto 80-20 rule can be applied to ultrasound service as well,” Byle offers. “I can be very effective 80 percent of the time, but for the other 20 percent, I may need the help of the OEM in dealing with very difficult problems. In these situations, I control costs and ensure shorter downtimes through managing the process.

“At the same time, most OEMs are eager to support us,” he adds. “Not only do they get a cut of the service pie, but when their products shine, they almost certainly assure themselves of future sales.”

Roundtable review
The imaging services management team during a recent managers’ roundtable agreed that a mix of in-house ultrasound service and OEM service works to the hospital’s benefit.

Says Edmonds: “Ultrasound maintenance is absolutely the best cost-saving opportunity we have ever come across.”

Rick Fox, CBET, is the Service Coordinator at Providence Hospital-St.John Health, part of the Great Lakes Region of Ascension Health, a not-for-profit Catholic health ministry. His e-mail address is rfox@providence-hospital.org. 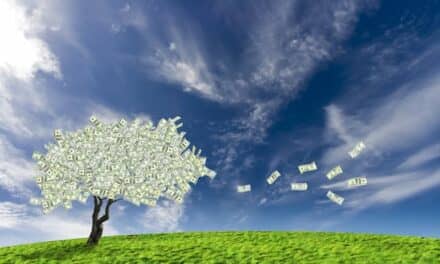 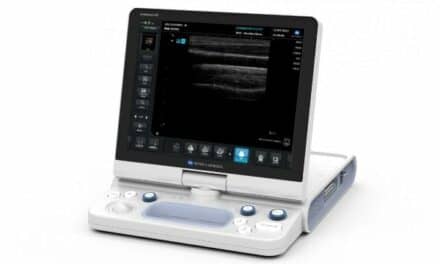 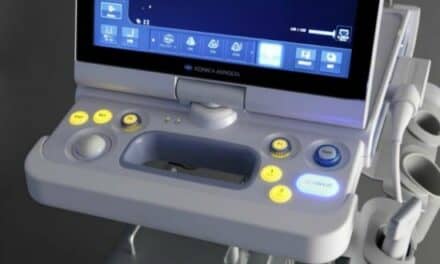