Pulse Check: What Are You Wearing?

We asked our readers what they wore to work and heard some interesting answers. Clothes make the techie, and a sartorial slip can ruin your reputation on the floors. From scrubs to suits, with some polo shirts in between, there’s surprising consensus in this industry on what to wear, and what to avoid, if you want to make the BMET best-dressed list.

The deadline has passed, the surveys are in. You, the readers, have spoken. Yes, it’s official: In biomed land, Dockers rule.

Scrubs sans Dockers ran a respectable second as favorite office attire, followed closely by “lead when appropriate.” Hard to believe that one simple question, “What do you wear to work?”, would elicit the cornucopia of responses we actually received.

One thing we do know: It is an incontrovertible truth that healthcare facilities have both germs and dress codes. Or, at the very least, they enforce a rough guideline of what’s OK to wear and what isn’t because it might kill someone. But why is it that a hula-hula tie that can jam between gears or catch fire from a soldering iron is OK, while grandma’s locket isn’t just because of the remote possibility it could land in a surgical cavity? This is what’s known on Seventh Avenue as a fashion conundrum.

While the existence of healthcare dress codes and safety standards is inescapable, the details vary from place to place. They often have less to do with controlling infection than with controlling public image or latent individualism. In addition to heavy machinery, danger rays and hazmat messes, who needs one more thing to worry about? You do, apparently.

The dress code at East Jefferson General Hospital in Metairie, La., for example, micromanages everything about employee appearance, right down to acceptable nail polish color. And last year at Mildred Mitchell-Bateman Hospital in Huntington, W.V., eight employees filed grievances over a policy they believed discriminatory. Other employees were allowed to wear jeans while the complainants weren’t, they claimed, even though they were “routinely exposed to assault by combative patients, expectorants, urine, emesis, defecation, open wounds, infectious drainage, herpes, HIV, hepatitis and blood.” The hospital told the union the grievants’ jobs weren’t “physically intensive” enough to require sturdy pants. The workers lost. 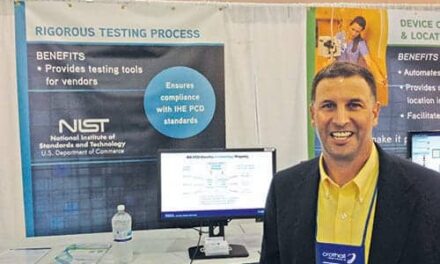