Long before there were “Take Your Children to Work” days, a junior-high-school-aged Chris Moreau used to visit his father, Mike, in the biomed shop at the Scott & White Clinic in Temple, Texas. What his father did and how he did it had a lasting impact on young Chris — so lasting, in fact, that the son followed in his father’s footsteps by choosing biomed for his own profession. A Father’s Day tribute, biomed-style.

Since time immemorial, sons have followed in their fathers’ footsteps.

American baseball has its pitching Stottlemyres, for example — father Mel and sons Todd and Mel Jr. — while the National Football League boasts two pair of father-son quarterbacks: father Archie Manning, who played for the New Orleans Saints, and son Peyton, currently with the Indianapolis Colts; also, father Bob Griese for years at the helm of the Miami Dolphins, and son Brian, in the pocket for the Denver Broncos.

In the world of pop culture, singer-songwriter Julian Lennon’s voice sounds hauntingly similar to that of his famous father and legendary Beatles’ guitarist, John.

And in history and in politics, John Quincy Adams followed his father, John, all the way to the Oval Office, becoming the sixth president of the United States approximately 25 years after the elder Adams served as the nation’s second president.

Should it have come as a surprise, then, that biomed Chris Moreau would take after his father, Mike, when it came time for Chris to consider a career?

Well, apparently it did. At least to Mike. And maybe even a little to Chris at first.

“He shocked me with that; I had no idea he was going to go that way as far as getting a degree in [biomedical equipment technology],” begins Mike Moreau. “But he kind of grew up in that shop. When I look back at it, maybe I shouldn’t have been so shocked.”

Mike, since September 1999, has been a Texas-based field service engineer for Alfa Wassermann Inc. (West Caldwell, N.J.), manufacturer of clinical chemistry systems for physician office labs, veterinary office labs, and biomedical and research laboratories. Prior to joining Alfa Wassermann, though, the now 49-year-old Mike had an abundance of healthcare experience under his belt — from managing a three-physician clinic and running his own biomed business to working for 13 years in the biomed shop at Scott & White Clinic in Temple, Texas.

Chris, 25, meanwhile, is a Texas Department of Health-certified EMT-B and biomedical equipment technician II in the Clinical Technology Services department at Baylor University Medical Center (Dallas). One of his assigned areas is the emergency department, complete with Level I trauma center. 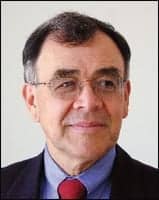 Managing Projects in a Shared Environment