The challenge in the repair of physiological monitors lies not in their components but rather in their quantity.

Biomeds with a little experience behind them can remember back to the days when medical monitors, particularly physiological monitors, were tools used primarily to care for the critically ill. Back in those days, monitors were more machine than computer; one could distinguish more easily among brands; and biomeds had to climb 5 miles of stairs in the snow to repair them.

OK, so the last claim was an exaggeration, but the first are accurate. With the advances that have taken place in technology, physiological monitors have become fairly similar and ubiquitous. “Monitors are everywhere in some fashion,” says Walter Baylor, senior biomed, Children’s Hospital Boston.

The challenge in their repair lies not in their components but rather in their quantity. Biomed departments can reduce calls of this nature with education on both ends—in purchasing, before a product is selected; and in the wards, with those who use the equipment.

More Than a Display
Physiological monitors continuously measure a variety of patient physiological parameters. These can include temperature, blood glucose, blood pressure, pulse rate and rhythm, and respiration rate and rhythm. The information gathered is used to analyze and adjust diagnoses and treatments.

Today, there are not many distinguishing characteristics among brands. “They all do the same thing but place the buttons in different places,” Baylor says.

Monitors typically consist of a processor assembly, display, and either a single module or multiple modules for para-meter measurement. “Typically, critical monitors, such as those in the ICU and OR, come in two forms; some have a separate module for each parameter. If one fails, the others continue to function. Other monitors can combine all para-meters within one module; but if one goes down, they all do,” says Michael O’Brien, CBET, lead biomed, Tuality Healthcare, Hillsboro, Ore. The facility’s biomed team handles in-house all service calls on the monitors used in the 167-bed Tuality Community Hospital and the 48-bed Tuality Forest Grove Hospital.

O’Brien does admit that the user interface among the brands can differ mark-edly and can be perceived differently depending on who is looking. O’Brien recalled a time when a clinician found a particular interface far more intuitive than he did. But still, “today, most monitors are computers with a display, and manufacturers spend a great deal of time developing a good interface,” he says.

Baylor agrees. “In the past, the models were different. Now, monitors are driven by CPUs and microprocessors. If a serious problem develops, it’s likely to lie in the software. When responding to a call, the biomed will run an inner diagnostic, which identifies the malfunctioning board. If replacing the board does not fix the problem, then the manufacturer is called,” says Baylor of the service policy at Boston’s 325-bed center for pediatric health care. Repairs are first handled in-house, but problems with software are referred back to the manufacturer.

Operator Education
While a facility may choose to handle all or a portion of physiological monitor calls in-house, most biomeds start in the same place—with the accessories. “Most common problems involve the accessories—the lead wires, the cables, the electrodes,” says O’Brien. He uses simulators to show the clinical staff that the monitor is working, and then he works through the external sources.

Kevin Earl, clinical engineering, Technology in Medicine Inc, Holliston, Mass, also starts with external sources, checking the plugs, power, and connections first. If that doesn’t fix the problem, he moves on to the wires, connecting the ECG simulator to the patient cable and lead wires. By varying outputs from the ECG simulator, he verifies that the ECG display is accurate. He’ll check the electrode lead wires and inspect the patient cable for breaks in insulation, bent or missing pins, or breaks in plastic housings. Earl advises having extra cables on hand.

Baylor finds that educating users can go a long way toward saving cables and calls in general. “If you take the time to explain to people who call what happened and how to fix it, they may be able to fix it the next time, or you may be able to avoid the problem altogether,” Baylor says. For instance, HP and Philips use a bump or pimple on their arterial cables to indicate placement. “The bump is not as prominent as it used to be. Users don’t see it and try to force the cables in, ruining them. But if you show the user the bump and tell them to look for it, you can avoid repeatedly losing cables,” Baylor advises.

O’Brien finds education helpful in reducing calls as well. “You can always show users the simple solutions—such as replacing a lead wire. They can then perform these repairs, which is especially helpful during the weekends,” he says.

When his biomed team is involved in training users, Baylor notes that they receive fewer calls. “When different areas get new nurses, they’ll call us in to provide a course on the use and quirks of the equipment,” Baylor says. This has been helpful with a particular monitor that measures expired CO2 in the airstream. The user must turn the machine on and then turn the alarms on separately, or else they will fail to sound, possibly endangering a patient. An uninformed user will assume they are broken and call for a biomed.

However, users should always call if they need to. “I never want to make a user feel as though he or she shouldn’t have called, even when I can’t duplicate the problem. I can open a record so that if it recurs, we can identify repeat problems and start the process to repair it,” O’Brien says.

Baylor advises caution in the tone taken with a user. “You want to approach them with a helpful attitude, and never accuse or condescend,” he says. “Nurses are the front line—those who care for a larger number of patients rely on monitors more. They spend a lot of time with the equipment, particularly in ICU, and they will notice if a monitor is not trending with the patient,” he says.

Speedy Service, Mellow Maintenance
Frequently, however, if a monitor is not working, it’s obvious—and it can be life threatening. It is critical to get a monitor back up right away to avoid negatively impacting patient care. “It’s hard to get patient readings without the monitor, so you want to get them up and working fast,” Earl says.

“There are pretty high expectations that a monitor will be fixed quickly,” O’Brien agrees. “Other equipment tends to not be as urgent.”

Fortunately, monitors, especially the new ones, are fairly stable. Because of their reliability, preventive main-tenance (PM) does not pose excessive challenges. The Joint Commission on Accreditation of Healthcare Organizations (JCAHO) requires that biomeds perform 95% of scheduled maintenance checks on time, but does not specify the frequency. Many biomeds begin with the manufacturer recommendations, which, according to O’Brien, tend to be overly cautious. Once a history has been developed and recorded with the equipment, the department can decide to reduce that frequency.

Many facilities check their physiological monitors once a year, often to ensure that nothing is missing or broken. Earl notes that his team uses the opportunity to check the cables as well. As long as the maintenance plan is defensible, Baylor says, JCAHO will accept fewer maintenance checks, provided they are done on time.

Getting PMs done on time presents a problem when a patient is undergoing a lengthy stay. O’Brien has made the process at Tuality even easier by networking the monitors throughout the hospital so their availability can be accessed remotely from the biomed department. The system was first recommended by a valued and trustworthy sales representative, who suggested that the extra monitors stored in the department to swap for repairs could also be used in the network. “We can now see what’s going on remotely without going up to the floor. It’s much easier to schedule maintenance this way,” says O’Brien. The biomeds can also use the system to access what a caller is seeing. “But we still typically need to be hands-on to really determine the problem and conduct the repair,” O’Brien says.

Buying Influence
Another way to make maintenance easier is to make sure the monitors purchased have a reliable record. “Many manufacturers make reliable products, but biomeds sometimes prefer one to another because they know the repair history. When buying any equipment, the review team should involve those who will use it as well as those who will repair it,” O’Brien says.
In addition to personal experience, biomeds can also use the information provided by ECRI (formerly the Emergency Care Research Institute of Plymouth Meeting, Pa), which offers evaluations, comparisons, and rankings. “I wouldn’t base a decision entirely on ECRI recommendations, but I would use it to look into why something might be unacceptable,” O’Brien says.

The warranty policy can also be an indicator of a product’s service record and reliability. “Manufacturers that are willing to extend their warranties beyond 1 year to 2 or 3 years suggest more confidence in their product,” O’Brien says. He does not usually buy the extended warranty but insists on service training. “This may take some convincing, but you can usually negotiate training with the purchase.”

Baylor, too, values training. “Whenever a manufacturer offers a training course, take it. It’s easier to service the monitors and train others,” he says.

Biomeds typically service monitors from the beginning of their careers. They know the technology and the role monitors play in patient care. “We’ve seen the evolution of the product,” O’Brien says. That means, in the future, biomeds might look back and say, “I remember when monitors had wires and cables, and we were constantly replacing them …” 24×7 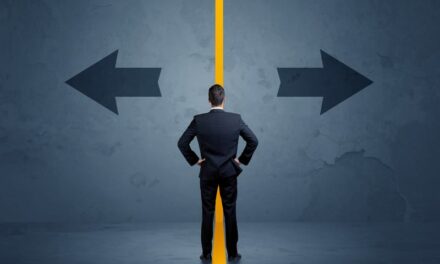 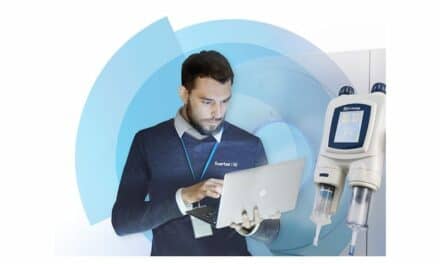