Charles Romey, a biomed at University Hospital, had an idea for an inexpensive solution for locating beds, but isn’t sure of where to find it. On his behalf, I’m calling on all of you to offer solutions you have found that work. Here’s his dilemma:

“We often get calls for bed repairs, however, by the time we can get to the stated location or after the first diagnosis, the bed has been moved. Thus begins a long game of hide, seek, and repair. Has anyone had heard of/seen a “Bed Boot,” similar in effect to the boot police use on cars? I realize it would be a low-tech solution, but with quick response we might be able to secure the bed and more efficiently effect repairs.”

Charles says even with "broken tags" on the beds they still get moved sometimes, and he knows RFID would work but he was told that due to the price “we would have to wait until the entire hospital was wired to make it a reasonable approach.” He added that hopefully the bed boot would suffice in the meantime.

Do you know where to get one? Do you have another solution? Charles will be looking forward to your comments. Thanks! 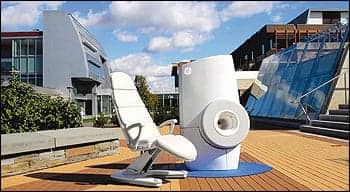 Vacation or Service Goals? Finding Time for Everything