Managing the Next Generation of Patient Monitors

Integration, interoperability, and cybersecurity are among the issues posing new challenges for biomeds

Patient monitoring devices are among the most basic—and necessary—medical devices found in any hospital, and the management of these devices has long been a major responsibility of biomedical technology departments.

Over the years, though, the challenges in dealing with these devices have evolved, particularly with healthcare’s increasing emphasis on interoperability and connectivity, and continuing concerns about issues such as alarm hazards.

Among the more topical issues when it comes to patient monitoring devices are connectivity and the desire to integrate these devices into electronic medical records (EMRs).

There are clearly a number of benefits associated with medical device integration. In a recent survey of more than 500 nurses by West Health Institute, more than half reported that they have witnessed a medical error resulting from a lack of connectivity among medical devices (including infusion pumps, ventilators, and blood pressure cuffs).

And these errors—often the result of simple transcription mistakes—can have significant consequences, says Garrison Gomez, director of integrated solutions and diagnostic cardiology at Welch Allyn, a manufacturer of medical diagnostic devices and patient monitoring systems. “From a purely vital signs standpoint, if you have a blood pressure reading of 118/80, you are going to get very different care than if two digits are [accidently] flipped and you get a reading of 181/80.” Device integration can help minimize these errors and improve patient safety.

There are other benefits to be achieved as well. “Getting data into an EMR faster allows clinicians to make faster decisions,” Gomez points out. “It also allows some of the big EMR vendors to run their algorithms faster,” which can help flag potential health dangers by culling patient data. “For example, Cerner has a pretty big sepsis algorithm. If you have vital signs going into the EMR faster, you’re going to be able to predict sepsis faster.”

Several years ago, Halifax Regional Medical Center in Roanoke Rapids, NC, started to examine the idea of integrating its patient monitoring devices into the hospital’s Meditech EMR. According to Robert Gordon, the medical center’s director of information systems, the project was driven by the nursing staff, who had traditionally had to manually capture and enter vital signs into the EMR—a process that was inefficient and prone to error.

“The workflow of the nurses involved going into a patient’s room, hooking the monitor up, getting the values, and writing them down on a piece of paper,” Gordon says. And that process would be repeated until the nurses had a chance to sit down at a computer, enter the EMR, pull up a patient’s record, and record the values.

“And we would see [transcription] errors from what I would call ‘fat-fingering,’ ” Gordon says. “And we just knew it was too time-consuming, particularly in ICU units where you are trying to take vital signs every 15 or 20 minutes. It’s a big drain on productivity.”

So Halifax Regional decided to replace its old, outdated telemetry system as well as its vital sign monitors. The medical center acquired vital sign monitors from Welch Allyn and the telemetry system from Nihon Kohden. The facility then worked with Iatric Systems, a comprehensive healthcare IT integration company, to integrate the technology into the hospital’s EMR. The result has been a much more efficient workflow, Gordon says.

“Now, when we are looking at new devices, the first question we have is whether the device can interface with our EMR,” Gordon says. “We just finished buying some Alaris infusion pumps and the answer we got was ‘no,’ but none of the other infusion pump makers could do it either. We’re certainly looking forward to the day when they can, because the more devices we can get connected, the more time savings we’re going to see for our staff.”

The impetus to integrate patient monitoring devices into the EMR has clearly had an impact on the role biomedical equipment technicians play regarding the acquisition and management of these devices.

Gomez says that dealing with medical device connectivity issues should involve “cross-functional” teams. “Traditionally, it’s been just biomed and nursing that deal with these devices,” he says. “Now that these devices are connected, and they need to be on the network, IT guys have a much bigger seat at the table than they have had in the past. I would say that’s been true for the last 18 or 24 months.”

“In the past, these systems were isolated islands, not connected to any outside network and very secure,” says Dennis Minsent, CBET, a healthcare technology consultant in Saint Helens, Ore, who was formerly the director of clinical technology services at Oregon Health & Science University (OHSU). “We owned the entire system. Today, we have a joint role with our IT counterparts as we pass the data from the monitoring system to the hospital network and onto the EMR. Working with IT departments is critical to ensuring that the correct patient data goes into the correct EMR record.”

It also means getting involved “earlier in the selection process,” says Angela Baltz, the current director of technology services at OHSU. “We have to partner with our colleagues in IT to evaluate the systems before we purchase them and really see what their capabilities are, and hopefully get some devices on site and test them.”

This all means that the skill sets one expects to find in healthcare technology management departments are evolving as well, says Baltz. “I’m seeing newer graduates, as well as people coming to biomed as a second or third career, who are coming with more IT experience. That’s really helpful because they are better able to engage with IT, who then see us as more of a partner if we can all speak the same language.”

Minsent believes that skills involving cybersecurity, software patching, and software updates also need to be incorporated into biomedical technology departments. “I know from my experience, we did some IT networking training with our staff to help them build up their skills, knowledge, and understanding of what goes on when data leaves our systems and equipment,” he says. “And cybersecurity and software patching is probably the area where most departments really need to spend some focused time and effort.”

Network knowledge is also “very helpful” for clinical engineers, says Baltz. “You really need those skills when you are doing an implementation or a project.”

Alarm management has received much attention over the last decade or so, having appeared on every top ten list of health technology hazards published by the ECRI Institute since the first list came out in 2007. In fact, “Alarm hazards: inadequate alarm configure policies and practices,” has been ranked in the top slot for the last 4 years, suggesting that the issue remains a serious threat to patient safety.

Biomeds have “always” been involved with alarm issues, says Minsent, adding that one of the main challenges today continues to be the proliferation of devices that include alarms.

“We’re always adding new equipment—and new devices that didn’t exist before,” says Baltz. “And they are coming with more alarms, so you are adding to the load just by the pace at which medical technology is advancing.”

“So many alarms can be generated from so many different devices today that a nursing staff will often just not know which way to turn,” says Minsent. He recalls serving on a task force working on HCAHPS (Hospital Consumer Assessment of Health Providers and Systems) criteria concerning hospital noise—an issue HCAHPS includes on its surveys (and which continues to receive the lowest ranking score among hospitals across the US).

“A number of us on the task force would go onto a floor in the evening—after things had settled down—and park ourselves in the back of a nursing unit and just listen,” he says. “It was like listening to a symphony—there were things going off all over the nursing unit.”

The experience showed him that many patient monitoring devices have alarms that while “well-meaning,” don’t really represent anything life-critical to the patient. “Part of this we’ve done to ourselves,” he says. “And part of it the device industry has done to itself, making an alarm for every little thing that might possibly be a problem with the device.”

While progress on reducing alarm hazards has been made, Baltz says that progress hasn’t kept pace with device and alarm proliferation, which is why the issue continues to top the ECRI health technology hazard list.

That said, Baltz points out that hospitals and critical access hospitals are now into their second year of addressing the Joint Commission’s National Patient Safety Goal on alarm management.

Phase I (which began January 2014), requires hospitals to establish alarms as an organizational priority and to identify the most important alarms to manage based on their internal situations. Phase II begins January 2016 and requires hospitals to “develop and implement specific components of policies and procedures.” In addition, hospitals will be expected to educate staff about alarm system management.

“I hope by that time that [biomeds] are involved in multidisciplinary groups that are looking at this issue in the organizations,” Baltz says. “We’ve been very involved in this at OHSU.”

Many of the issues involved with alarm management are “very clinical,” Baltz points out. “It could involve a user knowing how to set alarm units tailored to a patient, or knowing how to respond to alarms in a way that you don’t get repeat alarms. There isn’t a whole lot of room for clinical technology services to come in and save the day when it comes to reducing alarms, but we definitely have a role to play in the multidisciplinary discussion about the expectations of nursing staff when they hear an alarm. We’re a vital technical consultant in that conversation.”

According to Minsent, many issues relating to patient monitoring devices are ones biomeds have been dealing with for years. They include concerns such as managing batteries for mobile devices, ensuring that patient electrodes are in good condition and haven’t dried out, and confirming that devices are properly connected to patients to guarantee optimal signal quality and prevent alarms.

At the same time, the move towards connectivity and interoperability means that biomeds need to be concerned about more recent issues, such as those related to cybersecurity and potential threats to networked medical devices.

In 2013, The US Food and Drug Administration issued an FDA Safety Communication on “Cybersecurity for Medical Devices and Hospital Networks,” in which the agency said it had become aware of certain cybersecurity vulnerabilities and incidents, such as network-connected/configured medical devices that had been infected or disabled by malware.

Cybersecurity is “something we’re struggling with right now,” says Baltz. “One piece of it is getting a handle on the equipment we already have. That means going through the devices we have on the network, performing an audit to see how secure they really are, and deciding what steps we need to take to remediate any risk and [determining] whether that is something we can actually manage.”

The other piece, she says, involves biomeds getting involved early in the acquisition process so they can properly evaluate the cybersecurity issues associated with new devices.

Infection control is another issue that continues to be problematic, says Baltz. According to a recent study from by the Centers for Disease Control and Prevention, one out of every 25 hospitalized patients in the United States acquires a healthcare-associated infection (HAI). These infections lead to longer hospital stays, increased morbidity and mortality, and added healthcare costs.

Accordingly, hospitals are prioritizing the reduction of HAIs. The problem, Baltz says, is that hospitals are dealing with stronger bugs, “which means that the chemicals we’re using on equipment is getting harsher and harsher.”

Despite these challenges—and others that may arise as technology continues to evolve—biomeds can continue to take the lead in managing these essential devices. 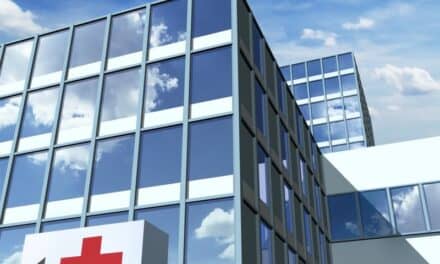 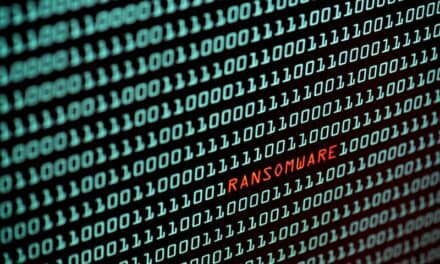 Are Medical Devices at Risk of Ransomware Attacks?