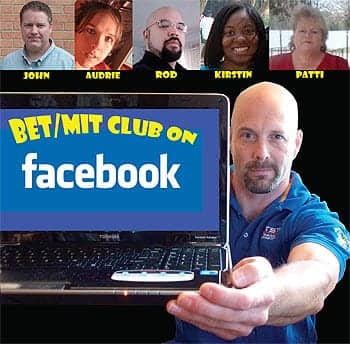 For many of us, social media sites like Twitter and Facebook have radicalized how we keep up with our personal lives. Lately, those same networks have begun to creep into the professional world as well, unleashing new opportunities for gathering information and staying connected. While some have embraced the changes, others may be wondering if it is worth the trouble. These days, however, a number of biomedical professionals are using social media sites both to keep track of industry peers and to help digest the deluge of regulatory, safety, and device information uploaded to cyberspace every day.

The micro-blogging site Twitter especially holds big potential for working professionals like biomeds who cannot afford to sit perched at their computers all day. “I can subscribe to 500 sites if I want to and get feeds right away, instead of going from page to page,” says Stephen M. Walker, who runs the resource site BMETworld.com. Walker, by day team chief of the biomed maintenance program with the US Air Force, developed BMETworld in his spare time as a free resource that compiles the latest biomed jobs, events, and industry news in one spot to help make sense of the growing digital profusion.

Perhaps not surprisingly, Walker relies heavily on social media to help keep his site’s content fresh. Walker follows various device manufacturers and mainstream associations on Twitter and disseminates the most pertinent information to his own followers.

And people are starting to pay attention. “I found that if I post the link to a news story through Twitter, the difference is amazing,” he says. “I’ll get 30 views in the course of a week if I don’t post it on Twitter, but I’ll get 90 in 20 minutes if I do, and I only have a handful of followers.”

While the inherent limitations of Twitter—namely, its famous 140-character limit for updates—makes it simple to browse and share, Walker prefers other Web media tools like RSS feeds to consume information in greater detail. RSS feeds, also known as news feeds, automatically aggregate content from frequently updated Web sites and blogs in real time, which can be viewed directly on a Web browser’s toolbar. “All the browsers have great RSS tools,” Walker says. “But they’re not sexy like Twitter.”

Facilitating and contributing to the newsgathering process is one of the prime advantages of social media sites like Twitter. Busy biomeds can use the site to access information from multiple sources like The Joint Commission or the FDA that previously required more committed Web browsing. And the relatively small character limit ensures that updates are shrunk to only the bare essentials for quick browsing.

One recent Joint Commission Twitter post exemplifies the point: “Sixteen #hospital EPs have been eliminated, find out more in today’s issue of Joint Commission Online,” it teases. The update sits alongside other snippets relaying news on recalls, approvals, and safety information. Similarly, the FDA maintains two different pages for its Center for Devices and Radiological Health, one of which focuses exclusively on device updates, all in two sentences or less.

Broader industry information is also available to help fill in the gaps. 24×7’s Twitter page archives industry news and blog postings; the Association for the Advancement of Medical Instrumentation links events and organization updates on its page; and ECRI Institute keeps its Twitter fat with patient safety updates, alerts, and conversation starters as part of the organization’s current social media push.

“We’re acknowledging that communication channels are changing, so we’re reaching out in multiple ways not really knowing, like everyone, where the best fits are going to be, but there’s a real opportunity for folks to collect recent and actionable information from their peers to help with challenges,” says Ron Rothman, ECRI Institute’s vice president of strategic planning and business development, who has also helped to develop a Facebook site and a new patient safety blog as part of ECRI Institute’s digital media drive.

One reason for ECRI Institute’s push into unfamiliar digital terrain is a chance to connect with some of the most involved members of the community. “The folks that social networking attracts are very often passionate people in a particular profession who are looking out of the box, thinking creatively, trying to solve problems, and trying to save time,” Rothman says.

The channels of digital communication have certainly changed over the past few years, but enterprising biomeds looking to expand their connections have always found the means to do so. The Internet’s networking potential was seized early on by biomeds using the popular Biomedtalk listserv (recently acquired by ECRI Institute). Years ago, Roger Bowles, EdD, CBET, department chair of the Biomedical Equipment Technology (BET) program at Texas State Technical College Waco, began using the e-mail service to make connections for his students.

“That was probably one of the first methods of social networking,” Bowles says. “It really did bring biomeds together and gave them a resource to connect with each other, and that’s been a great value. It’s helped our program tremendously as far as establishing contacts all around the country.”

Recently, the school’s BET/MIT club, an extracurricular group for students in the BET and Medical Imaging Systems Technology programs, has begun to further beef up these networking opportunities, taking advantage of shifting trends in digital networking. While the program has had a perfunctory Web site for a number of years, it had become outmoded and was ineffectual at drumming up new interest for the group, according to club President Gary Long, who tasked himself with transforming the site into a valuable resource for the club. “When I got into it, I deleted a lot of things and really started fresh,” he says. “I’ve made it very interactive, colorful, and added a lot of links, instructional videos, and tutorials.”

A suggestion from Bowles also led to a complementary presence on Facebook, which has helped to draw new members into the fold by showing them exactly what they are missing. “The original goal was to try and get the students more interactive,” Long says. “What I’m trying to do is bring them a medium they understand, and I think this is the perfect vehicle for them.”

Along with news and upcoming events, Long peppers the club’s Facebook page with photos, links, and event recaps to keep members and alumni up to speed and interactive.

And opening the Facebook site up to both alumni and local biomeds means that students can use the site to connect with more than just their peers. “On the Facebook page there are a lot of folks in the industry who could provide future networking opportunities for them,” Bowles says. “The page allows those out in the industry to take a look at some of the leaders in the club. It shows good leadership potential for an employer and shows them how enthusiastic the students are about the field.”

Get started using social media professionally by checking out these industry players discussed in the article. For more links of interest to biomeds, see who is following 24×7 on its Twitter page:

While the prospect of using social media to locate potential employers is particularly enticing for students, forging better connections with peers is useful for biomeds in any career stage. “If you operate as an island and go and try to figure out what’s going on, you’ve got a lot of work to do,” Rothman says. “And you’re not going to find out how other people have solved problems and what other problems people are facing. Because people are busy, social networking is a great opportunity to save time and to provide a wider array of options in terms of solving problems.”

But since social media is still relatively new to the biomed world, hesitation lingers. “Biomeds are either in the shop doing maintenance or on the floor,” Walker says. “But they’re not at the computer, and they only use it when they need it.”

Walker does predict that more and more biomeds will begin to integrate social media into their routines as content of greater value to them becomes available. “The big device companies of the world certainly can benefit from telling us when they have a new software update, a service manual revision, or a change to the operator’s manual,” he says. “Those are the kinds of things the biomed community would be interested in, and wouldn’t be seen as wasting their time on.”

For now, the value of social media lies in its ability to allow biomeds to keep pace with an ever-changing profession without sacrificing time. “If this is more than a job, but a career to you, there is lots of information out there so you’re not caught off guard when an entire technology shifts,” Walker says. “If you’re looking to expand your breadth of knowledge in your career, that information is currently available.”