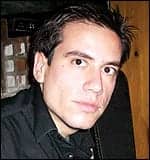 My heart raced. Sweat seeped into my starched collar. My hands trembled as I went from point to point, checking voltage, trying desperately to find an open. A quick glance at the clock to gauge my time. The instructors circled the room like sharks, scanning the room for cheating. Light glinted off the brass insignia on their white uniforms. At last! An open between the Castle sterilizer’s display board and the next terminal. With a sigh of relief I marked it down on my test sheet, gave it to my instructor, and walked out of the classroom. I had tested out of another “mod.”

This was one of many moments of truth during BMET training at United States Army Medical Equipment and Optical School (USAMEOS)—testing out of training modules. No more theory, no more tracing schematics, no more asking questions. Time to troubleshoot. And if you couldn’t hack it, there was always the infantry.

Prior to 1998, USAMEOS was where all Army and Navy service members received biomedical training. The school was located on a tiny Army post, Fitzsimons Army Medical Center, just outside of Denver. For this reason, many biomed vets simply refer to their time at tech school as “back at Fitz.” The post closed in 1999, and USAMEOS merged with the Air Force school on Sheppard Air Force Base in Wichita Falls, Tex.

USAMEOS was my first alma mater. I joined the Army 3 weeks out of high school and spent the summer of 1995 at basic training. I then reported to USAMEOS. I graduated in June just as my buddies back home were wrapping up their freshman year of college.

Most of us were 18 years old. The barracks were like college dorms—but with drill sergeants instead of residence assistants. Many of our drill sergeants had reclassified as BMETs after serving as infantrymen, artillerymen, and tankers. They refused to cut us any slack just because we were noncombat arms. They woke us up at 5 am with crude rhymes and ensured that our lights were out at 10 pm. We longed for the ’80s when the place had been dubbed Club Fitz, a time of kegs in the barracks and no curfew.

Fitz was small, a little less than a square mile. We had to run around the post, just on the inside of the chain-link fence off of East Colfax Blvd, inhaling the fumes of cars and buses. We could lap the place in less than 20 minutes. The post was oriented around the hospital, at one time the largest structure in Colorado. Nearby there were housing units, a post exchange, bowling alley, NCO club, and a swimming pool. In the back was a golf course for the brass and retirees.

When I arrived, the drill sergeants warned that our school had one of the highest attrition rates in the Army. They threatened that if we failed BMET school we would become an “11-Ditch Digger” or “Eleven Bang Bang”—nicknames for an 11B infantryman. And it wasn’t just talk. Years later, I ran into a guy at a live-fire exercise, camouflaged from head to toe, his face covered in green paint. He had been a USAMEOS trainee. Now he was a cavalry scout.

The instructors were sadistic but funny. I learned as many dirty jokes and colorful expressions at Fitz as I did at my next three duty stations combined.

We had Navy classmates and instructors, too. They dazzled us with their stories of life on ships and at bases around the world. They were seasoned sailors, and we, naive kids fresh out of high school, were often the butt of their jokes.

A daily highlight was the 9 am break. We would beat feet to the parking lot, where we would find the “Burrito Lady,” a sweet little Hispanic woman who sold the tastiest homemade burritos you can imagine. For $1.50 you could get a “BBC,” a bean beef and cheese. I used the remaining two quarters to buy a Pepsi. Just the sustenance and heartburn needed to stay awake in a boring theory section.

This year marks the 10th anniversary of Fitzsimons’ decommission. The University of Colorado has constructed a teaching hospital on the premises, called Anschutz Medical Center. The original hospital remains, housing administrative offices and Veteran Affairs clinics.

I still remember the hallways of the schoolhouse vividly: the bright blue floors smelling of Pine Sol and the hallways lined with black-and-white graduation photos dating back to 1947. I wonder where they are now.

Next time I’m in the Denver area for training, I have promised myself to rent a car and drive to Fitz for old time’s sake. Who knows? Maybe I’ll even run a lap around the post.

Editor’s note: See USAMEOS graduation photos from 1947 to 1997 at www.mscwarrants.com/images/USAMEOS/index.htm. 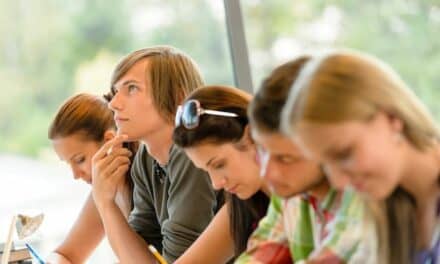 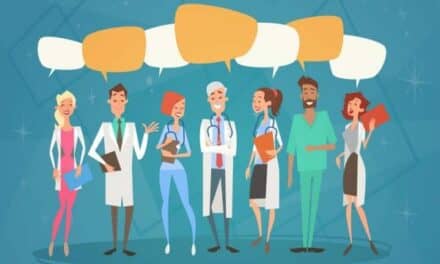