Soon-to-debut changes in the survey methods employed by the Joint Commission on Accreditation of Healthcare Organizations are causing consternation among some biomedical services administrators. Others say they welcome the new requirements and not just because they expect to satisfy them with flying colors.

At Thomas Jefferson University Hospitals in Philadelphia, for example, the joint commission’s initiative (known as “Shared Visions–New Pathways” and due for rollout in January) has inspired an advantageous alteration in the way in which that enterprise’s department of biomedical instrumentation goes about the job of preventive maintenance.

“Previously, Thomas Jefferson Univ-ersity Hospitals’ preventive maintenance completions were often unacceptably slow in coming. Now, PM completions are consistently at or above a 95% rate, as required by JCAHO standards,” says Dan Benson, clinical engineer and the person responsible for developing JCAHO compliance policies for the department of 60 biomedical specialists and support personnel spread among 11 far-flung campuses.

Chief among the steps taken to remedy the problem was an effort to better match all biomedical specialists’ talents and interests with the type of work assigned them.

“We noticed that a number of our specialists who were especially good at repairs were typically behind in their PM inspections,” Benson reports. “So we asked them some salient questions about this and were able to deduce that the reason they were behind was that they didn’t see PM work as an exciting part of their job. Those tasks bored them, so they’d procrastinate on getting them taken care of.

Benson says employee satisfaction shot through the roof as a result.

“By letting the specialists each do what they most enjoy, they’re more productive,” he says. “That means we’re getting a rate of PM completions that meets and surpasses what JCAHO expects. Best of all, we were able to get that higher rate without having to take on the cost of adding extra people to do the work.”

Clearly, this was a win-win solution for Benson’s department. He admits, however, that without the spur of the JCAHO survey process changes, it is unlikely that the department would have hastened to address the matter.

Says Benson, “We probably would have continued on with the old, less effective arrangement of having each person be responsible for both PM inspections and repairs in their assigned coverage areas.”

“The biggest change is that surveyors will now focus on actual delivery of care rather than on policies and procedures,” she says. “The process now looks at performance rather than intended performance. As such, we’ll be evaluating services from the perspective of the patient.”

By patient’s perspective, Gilhooley says she means that a surveyor might pick at random a patient chart, determine from it which departments interacted with the patient during his or her admission or encounter, and then go talk to the personnel responsible for providing the services used by that patient.

“In pilot testing, organizations told us they appreciated this approach because it removed the emphasis on paperwork and instead placed it on the activities they do in the course of a day that contribute directly to the safe delivery of quality care,” she adds.

Under the new guidelines, environment of care will continue to be a key area of evaluation, but it, too, will be considered from the perspective of how it impacts care delivery, Gilhooley points out.

“There will now be two sessions devoted to environment of care,” she says. “The first will begin by defining the system and will talk about the organization’s goals. It will look at problem-solving and critical thinking about a topic of importance to the organization. For example, the facility might be asked to identify issues regarding management of the environment of care, including areas of improvement, action going forward, and specific management of the environment-of-care issues that require further exploration as part of the accreditation process.

“Surveyors then will take that discussion to the next step into their walk-around building tour. There will be a lot of discussion with hands-on staff regarding, for example, orientation and training. Surveyors will be asking about a lot of issues relative to preventive inspections; they’ll be asking staff a series of questions oriented around planning, teaching, implementing, responding to issues, and then monitoring and improving.”

Specific to medical equipment, hospitals can expect to be drawn into discussions about risks they have identified where use and maintenance of that equipment are concerned. Also, they can look forward to conversations concerning how they have communicated information about staff roles and responsibilities, Gilhooley says.

An important change is that JCAHO no longer will provide raw-form information to surveyors. Instead, with the aid of a decision-support tool known as the priority focus process, presurvey data collected on each organization from accreditation applications, statements of conditions, and other documents will be fed into what Gilhooley describes as a rules engine. The rules engine then will automatically identify for surveyors areas they ought to be zeroing in on during their reviews.

“This will ensure more consistency to the process and will help eliminate surveyor bias,” Gilhooley says.

Benson says he for one certainly hopes that proves to be so. “As a matter of practicality, it’s been almost impossible to meet every one of the JCAHO standards because they’re set up so ambiguously, which has historically left way too much room for individual surveyor interpretation,” he asserts. “What happens, of course, is that each surveyor focuses on something different based on their own particular area of expertise or familiarity. For example, one year, they’ll be on us about our support of, say, the anesthesia machine, and that will be because that particular surveyor’s background is in anesthesia. Then, the next cycle, the surveyor is perhaps consumed with concern for fire prevention because he used to be a fire marshal and that’s all he wants to talk about, completely ignoring the medical equipment aspects of our environment of care.”

Unannounced Visits
Perhaps the most trepidation-inducing aspect of “Shared Visions–New Pathways” is its call for surprise survey visits. As Gilhooley describes it, beginning in 2006, surveyors can show up at any time, completely unannounced.

The major concern here is that the unannounced surveys will force hospitals to function nonstop in the state of high-anxiety readiness that traditionally they face only during the 30 days or so leading up to the firmly scheduled triennial visitations of yore. The joint commission responds that it is merely ensuring that hospitals will be up to snuff at all times, not just for a few short weeks around the time of a surveyor’s announced visit.

“[There is] the expectation that each accredited organization be in compliance with 100 percent of the Joint Commission’s standards 100 percent of the time,” JCAHO President Dennis S. O’Leary, MD, offered in a prepared statement.

Gilhooley adds, “Having surveys unannounced should actually decrease each organization’s ramp-up for the survey. Before, they expended a lot of resources primping for the visit. Besides, it makes sense to conduct unannounced surveys since the new accreditation process in general is meant to look at things that happen every day with the delivery of care.”

Benson agrees but also expresses concern that the unannounced surveys might actually intensify the pressure rather than relieve it.

“At least for the first go-around, when surveyors show up unannounced at your place, it could easily create pandemonium, no matter how [continuously] ready you’ve been,” he speculates.

Critics of the process wonder what will happen if surveyors stride in through the front doors at a time when the organization’s leadership is not on hand. The joint commission responds that patients are still seen, whether the leadership is present or not, so there’s no reason why the surprise survey visit cannot also proceed.

“Again, the surveyor’s interest is in the day-to-day roles and responsibilities of the staff in delivering care to the patients,” Gilhooley reiterates.

First to Volunteer
During 2004, the joint commission expects to conduct trial runs of the unannounced surveys in as many as 100 hospitals that have volunteered to participate in a pilot program. Children’s Memorial Hospital in Chicago will be the first hospital to undergo surprise survey visits.

“We asked to be first because we were among the very first to catch the vision of what the joint commission is trying to accomplish with its new processes,” says Mary Margaret Crulcich, corporate manager of safety and regulatory (which oversees biomedical services) at Children’s Memorial. “We just want to show our support for ‘Shared Visions-New Pathways.’ Also, we were very confident that we could accommodate unannounced surveys because we were doing things the right way all the time. We believe the unannounced survey process will provide a fairer, more accurate assessment of an organization’s ability to meet standards. We feel very comfortable with the type of care and service we provide here, so we welcomed the opportunity to work with the joint commission on this.”

To be ready day in and day out for a surprise visit, Children’s Memorial has incorporated the requirements of the accreditation standards into its existing management tools.

“Instead of creating whole new structures to do some of the activities mandated by the standards, we’ve incorporated them into programs we already have in place,” says Crulcich. “For example, we’ve taken our PMs and incorporated clinical alarms into them. So when we do hazardous surveillance rounds and look at the environment and biomedical issues, we also query staff about the audibility of clinical alarms and then test the alarms to see whether the staff can hear them.”

Meanwhile, over at Thomas Jefferson University Hospitals, Benson is similarly confident his department will pass muster once the unannounced surveys become mandatory for all organizations.

“The main thing is [to] be diligent about making sure that everything that needs to be up-to-date is in fact that,” he says. “The preparations we’ve initiated in response to that will serve us well as we move into the time when unannounced surveys begin. We’re not eagerly awaiting these unannounced visits—I don’t know too many of my colleagues around the country who are—but, here at least, we’re very convinced we’ve done the right things to let us rise to this challenge and to benefit from it along the way.” 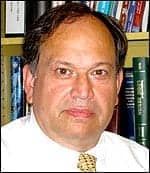 New Tools for a New Age 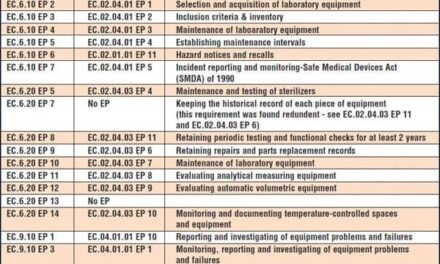