The Power of PACS

Instant access to and flexible viewing of images and reports improve patient diagnosis and treatment.

PACS is a picture archiving and communications system, but this straightforward definition provides little insight into the impact it has on modern medicine.

“PACS provides any image, anytime, anyplace, anywhere,” explains Todd Starnes, BMET, PACS systems administrator at Catawba Valley Medical Center in Hickory, NC. “It allows our physicians to quickly and securely access images and reports, whether they’re on the golf course with a wireless laptop or making rounds with a tablet PC.”

Whether digital images come from magnetic resonance imaging (MRI) or film scanned by hand, the PACS system is nothing without these digital images, which are stored in and accessed from a large, central archive. Clinicians view images on workstations, which also provide the power to manipulate images for improved diagnosis.

Integrating PACS with an existing radiology information system (RIS) means that instant access to the patient’s history, along with the high-resolution images, is just a few clicks away.

And perhaps best of all, the information can be burned from the PACS onto a digital video disc (DVD), then carried by the patient to his or her primary care provider or made available to clinicians anywhere in the world via secured networks.

Open Communication
All of this amicable information sharing is made possible by standards set almost a decade ago. As technological advancements encroached into medicine, it became apparent that some sort of coordination was needed to ensure that systems—from any vendor in any part of the country—would be able to share images and information.

The result was the Integrating the Healthcare Enterprise (IHE) initiative, a tangible result of cooperative efforts by health care professionals and manufacturers working together to determine how to store medical information and images so that computers could share information.

Commonly referred to as DICOM (digital imaging and communications in medicine), this extensive set of standards governs how medical images are captured, stored, and transmitted.

A Vanishing Resource
Well established in large urban and academic medical centers, PACS technology is starting to get a foothold in smaller facilities as well, including independent imaging centers and rural hospitals. The drive to bring freestanding and remote locations online is multi-faceted. Leading the pack is simple supply and demand.

“There is a labor shortage out there, both of radiologists and qualified technologists, creating the need for an IT solution to help make the department more efficient,” says Eric Pearce, manager, Americas Marketing, GE Healthcare Imaging Solutions, Barrington, Ill.

The mere act of digitizing images increases throughput. Neither technologists nor radiologists have to wrestle with film, which creates more time for physicians to spend attending to patients.

“The turnaround is quicker, and there is a greater ease of use for physicians because they can look at the images in different ways. For example, they can blow them up or zoom in on specific areas; they have so many tools available that film does not provide,” Starnes says. “There’s no way our radiology group could do the amount of work they do without PACS.”

This benefit is perhaps appreciated most in smaller locations, where the absence of a radiologist directly impacts the level of care available to surrounding communities.

“In large cities it’s not as bad, because there are groups of radiologists supporting the hospitals, but some of our clients only do 25,000 exams a year with a radiologist visiting one day a week,” says Michael Mack, vice president of business development, The Thomas Group Ltd, Anaheim, Calif. “PACS gives them the ability to have virtual reading all the time, while also allowing the radiologist to read for any of his hospitals because he’s not ever really unreachable.”

Staying Competitive
A facility’s ability to provide instant access to images and reports not only attracts new radiologists, but it can increase the number of studies performed. Today’s referring physicians have many choices when it comes to ordering studies, and many opt to work with hospitals capable of providing immediate access to images.

“If you want to keep up with your competitors, then a PACS system is most definitely a requirement,” Starnes says, adding that as a not-for-profit, the need for such an edge was even more critical to Catawba Valley Medical Center. “It’s helped us gain market share, because now we don’t have to worry about the logistics of delivering film and reports to referring physicians.”

Pearce echoes the sentiment. “A PACS system allows referring physicians—who are the radiology customers—to get information very quickly without waiting for film, and they’re now used to that,” he says. “So the PACS provides a competitive advantage to getting more business.”

“Before our PACS was installed, we were spending as much as $380,000 a year on film, without including associated costs like repairs, chemicals, and permits,” Starnes says. “Now that we’re fully digital, our film costs are less than $12,000 a year.”

“Diagnostic imaging is becoming more advanced, and the data sets are becoming larger. All this wonderful new diagnostic equipment results in better images, more images, and more complex images,” Pearce says. “It becomes virtually impossible to deal with this amount of complex data in the older scenario where you were using film.”

This capability, combined with the aforementioned increased throughput, help facilities realize a prompt return on investment.

“Buying the latest and greatest modality—whether it’s a 64-slice computed tomography (CT), a magnetic resonance (MR) or whatever—is a huge expense; and to get the benefit from those wonderful tools, PACS is definitely a necessity,” Starnes says.

“PACS allows us to provide referring physicians with a faster diagnosis and faster reports, so we’re providing the best possible patient care,” Starnes says, who notes that after seeing the change PACS made at Catawba Valley Medical Center, he doesn’t want to imagine treatment without it. “If I have a choice, I wouldn’t want to go somewhere without a PACS system, because treatment waits until the physician arrives at the hospital.”

With a PACS in place, images of patients with critical conditions in the emergency department, for example, can be viewed by on-call specialists in real time, making it possible for physicians to begin treatment remotely.

“We’ve had instances where on-call doctors are looking at the images in their homes and begin directing care before they head for the hospital,” he says. “Without PACS, you have to wait while the doctor drives to the hospital, then looks at your images, then has a chance to determine what to do, and critical hours could be lost during that time.”

“We can design the system so physicians log into the EMR they’re already using and display the image with one click,” Pearce says. “In many cases, the EMR will find the patient’s prior studies. Doctors can click on them, instantly showing the archived images.”

Imitation Is the Most Sincere Form of Flattery
Traditionally falling under the domain of radiology, PACS systems are now being developed to meet the specific needs of other specialties. The appeal of PACS, allowing enterprise-wide access to data, is attractive to all image-based departments.

“Cardiology is the biggest mover outside of radiology, but people are also starting to store images from pathology, dermatology, and endoscopy,” Pearce says.

Though it is moving faster than other departments, cardiology’s relatively recent arrival on the PACS scene presents some unique hurdles.

“The challenge for true cardiology PACS is that some modalities are a lot more evolved than others from a standards standpoint,” Mack explains, noting that cardiac PACS systems will not begin participating in the IHE initiative until next year. “If you talk about hemodynamics as a separate issue, the imaging modalities—like cardiac catheterizations and stress echocardiograms—have DICOM standards in place, but others are hit or miss because the interfaces are custom for everyone.”

New Scenery, Improved Opportunity
When the decision is made for a facility to select and install a PACS, the process is often extremely intricate. Precisely how involved BMETs become depends largely on existing corporate structure. Those who already work closely with the IT department are most likely to be drawn in early.

Even for those who are less tech-savvy, the knowledge and experience a BMET brings to the table is invaluable to decision-makers.

“Quite often, you will see biomeds on the planning committee because they know the day-to-day operations of the site and how it works, as well as provide an understanding

of the workflow of both patients and images through the hospital,” Pearce says. “Sometimes they’re also actively involved in maintenance and repair, though that really depends on the facility.”

The wealth of information about specific systems that BMETs have is also a huge asset, according to Starnes.

“A knowledge of the individual modalities will be extremely valuable, because all of those devices—CT, MR, x-ray, and ultrasound—will be connecting to the PACS, so it’s vital to know how they function and how clinicians use them,” he says. “There are so many steps involved that if you just have an IT person or just radiology involved, they’re not going to know what the BMET knows and something will get missed, which could be pretty expensive.”

Mack agrees. “The modality is the ‘P’ in PACS—it’s capturing the images—and where I’ve seen the bulk of the value added from the biomedical team is their expertise with the various modalities, making sure the proper configuration is there and that the standards are installed.”

Starnes also advises BMETs to brush up on their project-management and communication skills.

“You could be the best tech in the world or be a network whiz, but you’re not going to survive if you can’t explain to people what’s going on and what’s next,” he says.

Preparing For a Post-PACS World
Even biomeds who forego any hands-on work with the PACS will see some adjustments in their job descriptions, if for no other reason than that the hardware itself often changes.

“One thing that normally happens with PACS is the installation of computed radiography (CR), which presents a new modality for many biomeds to learn and service,” Mack says. “And when a facility converts to CR, biomeds need to recalibrate all radiographic rooms because the exposure is different.”

Mack also notes that in most cases, wet processors are removed (with the exception of mammography), along with most laser printers.

Some biomeds are also recruited to assume the role of PACS administrator, which completely restructures the area of concern.

“When I was in the biomedical department, I took care of all the modalities. Now, I don’t really care about the modalities,” Starnes says. “I am taking care of more than 100 computers, software maintenance and upgrades, networking issues, password-resetting issues; my whole frame of reference has changed.”

PACS Is Optional (For Now)

Like it or not, PACS is here to stay. Fortunately, once in place, most people cannot imagine life without it. For biomeds at the start of the process, the best advice is to be as prepared as possible.

“Anything you can learn—about workflow, networking, DICOM standards—will greatly assist you in servicing and taking care of any PACS system,” Starnes says. “And not only for PACS. We’re all just handling information and it’s becoming more IT-based; the BMET of the future is going to need stronger IT skills than were required in the past.” 24×7 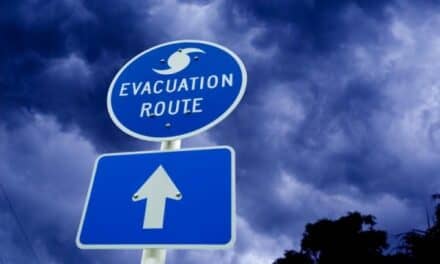