Examining COSR for All Medical Equipment 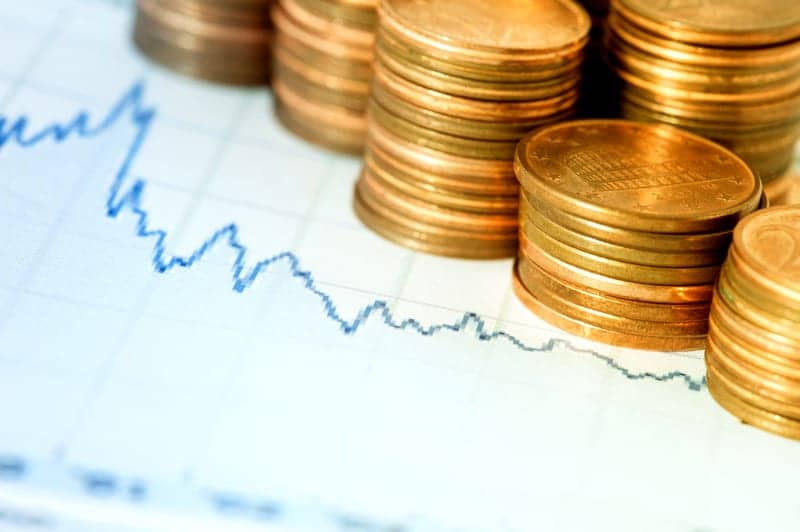 In this month’s installment of The LynchPin, I’m going to delve into a very simple tool that weighs the annual cost of maintaining an device against its original sales price: the cost of service ratio—aka: COSR. So, let me ask you: Is COSR a metric that is indicative of service efficiency? Or should we, as HTM professionals, use another criteria for measurement?

Although the cost of maintenance operations is not the only metric to measure, it’s undoubtedly at the top of the list since manufacturers must report this information to the U.S. Securities and Exchange Commission each year.

Specifically, manufacturers have to project the future costs of fulfilling service warranties on the products they sell—and they aren’t allowed to over- or under-estimate the figure. Their predictions are compared to the actuals one year later and graphed for accuracy. (See graph below for explanation.) 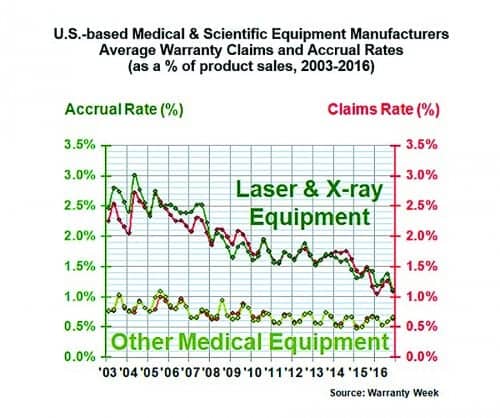 Above is groundbreaking data, compiled directly from the manufacturers: It is a compilation of actual COSR percentages of x-ray, laser, and other medical equipment and spans from the years 2003 to 2016.

What’s noteworthy about this data is that it showed a steady decline in the annual COSR. Remember: COSR is the actual cost, as a percentage of sales revenue that companies must pay to service the warranty claims made for products they sold. Assuming that new products fail as much or more in the first year of life than in subsequent years, the warranty COSR should be an adequate reflection of the post-warranty COSR.

No wonder they aren’t selling service contracts on the basis of merit, customer service, or value. Instead, they attempt to withhold training, refuse to sell parts without a contract, and refuse to provide even the most minimal technical phone support, in my opinion.

The manufacturers will, however, say that for the safety of patients and the reputation of the hospital, they—the ultimate authority on the equipment—can not in good conscience train hospital personnel, sell parts, or disclose the passwords—thus locking the device from prying eyes. And woe to the person who tries to unlock the secret workings of the “magical box” since unpredictable things might happen—none of which the manufacturer will assume any responsibility for.

Moreover, a lobby group representing equipment manufacturers is introducing legislation into various states that prohibits anyone but them from servicing medical equipment. In fact, they are imploring the U.S. FDA to put all medical equipment servicers under the same reporting criteria that manufacturers must follow, even though there is absolutely no evidence that any problem needs to be corrected.

To me, this is purely an attempt to rid the field of competition and enhance the pocketbooks of manufacturers. Of course, all of the restrictions of service schools, the refusal to sell parts, the inflated parts pricing, the high-cost phone support, and so forth are just part of an elaborate scheme to protect the huge profits to be made when the hospital is scared into signing an unneeded agreement.

Think about it: If the hospital signs a $250,000 service contract, the company expects to keep $225,000 of that sum as pure profit. No wonder manufacturers pressure you so much for a signature. And they are willing to give seemingly large discounts for quick action—before the knowledgeable healthcare technology management professionals can become involved.

It’s not just me who feels this way. The statistics speak for themselves. You can read them for yourself here.

Editor’s note: The opinions expressed in this article are solely those of the author and do not necessarily reflect the views of 24×7 Magazine. 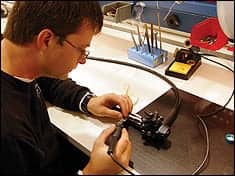 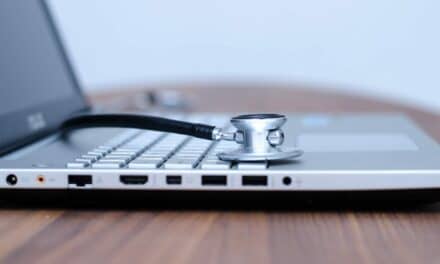 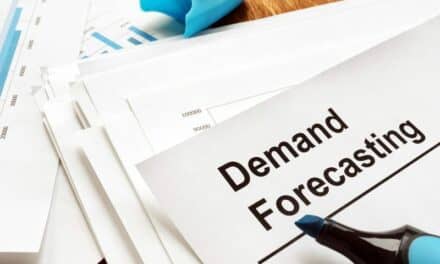 Equipment Forecasting Can Address Budget and Device Availability. Here’s How. 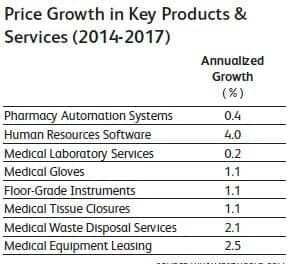