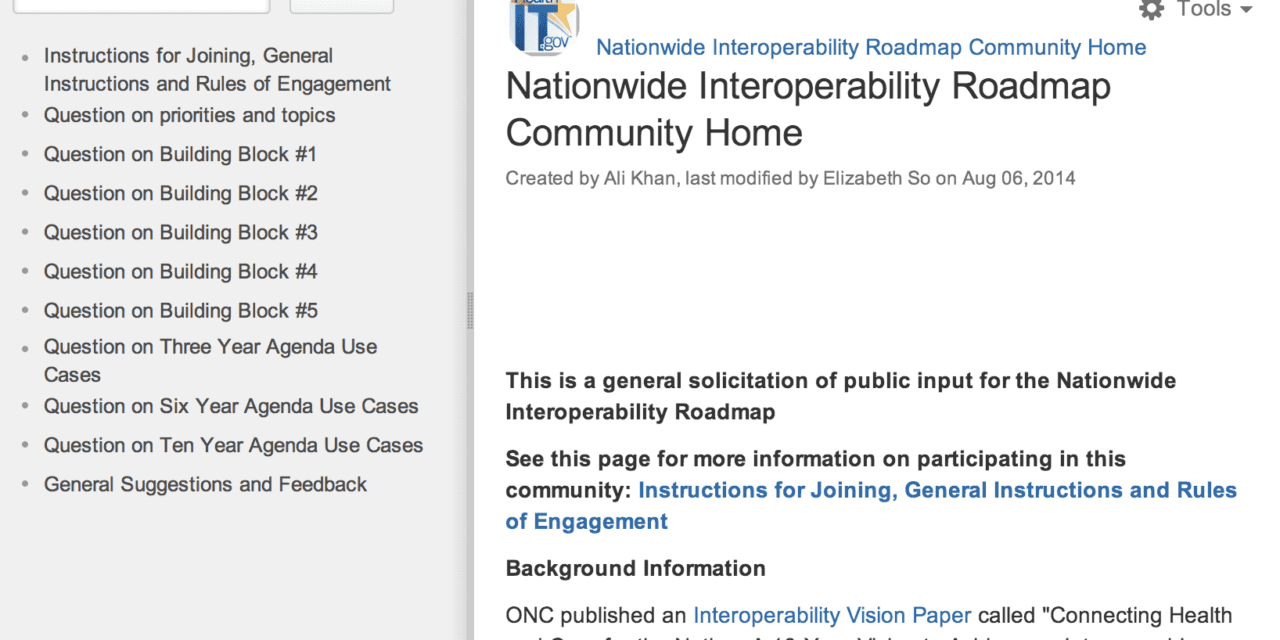 As its next step in developing a national road map for medical device interoperability, the Office of the National Coordinator for Health Information Technology (ONC) has developed a new website for collecting industry feedback. The site is a follow-up to the “interoperability vision paper” the ONC published last June, Connecting Health and Care for the Nation: A 10-Year Vision to Achieve an Interoperable Health IT Infrastructure (PDF).

The new website, www.healthit.gov/interoperability-community, is intended to serve as an interactive community where stakeholders can share ideas and discuss ways to achieve the goal of interoperability. According to the ONC blog post describing the new site, “The goal is to develop version 1.0 of a nationwide interoperability road map.  The road map will be a companion to our vision paper and dive deeper on how we can collectively achieve the 3-, 6-, and 10-year interoperability milestones described in the paper.”

The site will be actively soliciting comments and discussion through Friday, September 12, 2014. The ONC will then “synthesize all of the suggestions and feedback” into a draft road map that will be presented to the ONC’s Federal Advisory Committees in October.  According to the blog post, an updated version reflecting the Advisory Committee feedback is targeted for public release in early 2015.

Read more about the new community on the ONC blog post.