In a January 17 session at the 2015 annual meeting of the California Medical Instrumentation Association in San Diego, Deborah LeMay of TriMedx noted that regulatory scrutiny of hospitals has increased significantly. In her presentation, titled “Keeping Pace with Regulation Changes,” LeMay cited as one example a recent change in Joint Commission scoring practices, which formerly required three instances of a deficiency to rate an A category, but now requires just one. Thus, an increase in findings of deficiencies doesn’t mean hospitals are becoming more unsafe, she said. Rather, they are “just being scrutinized more closely.”

In her presentation, LeMay also reviewed two major changes made by the Centers for Medicare & Medicaid Services (CMS) in 2014: changes to the agency’s enforcement of prescriptive regulations on maintenance strategy and preventive maintenance schedules, and restrictions on relocatable power taps used with patient care equipment. In both cases, LeMay said, the changes were not due to new regulations or standards, but to decisions to enforce existing ones.

LeMay noted that for her audience, all based in California hospitals, the CMS policy change on when hospitals can deviate from manufacturer’s recommended maintenance procedures was not a shock. Due to California Title 22 requirements, facilities in the state were already required to follow manufacturer recommendations unless they procured a “letter of flexibility” from the department of health.

With respect to the use of power strips in patient care areas, LeMay urged her audience to start a conversation within their hospitals about who is responsible for power strip control—Clinical Engineering or Facilities. A key step, she added, is doing a risk assessment: look at where the power strips are used, the types of equipment involved, and the degree of misuse. “If you find any issues,” she said, “create a committee to create policies and procedures to decide who owns responsibility” for the RPTs. 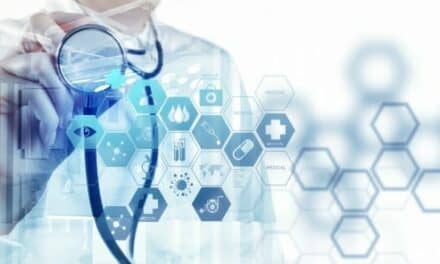 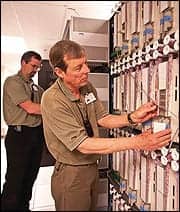 When any day Could Be Joint Commission Day