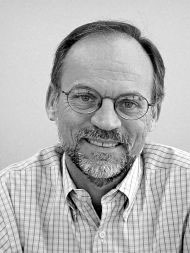 By coincidence, our two features this month concern military veterans both served by and working for biomedical departments.

While military service can be a useful preparation for civilian careers, including that of a biomedical technician, the transition from khaki to civvies can be challenging. As Michael Bassett describes it in “Making the Transition from Battlefield to Hospital” on page 18, the military training program for biomeds does an excellent job of preparing its students for their calling, both in and out of the military. But making the actual transition from military culture and systems to the civilian way of doing things is challenging for all veterans, biomeds included.

Fortunately, a number of programs specific to biomedical careers address this need for aid in the switchover. One example comes from Renee Diiulio’s cover story on page 10. As she explains, the biomedical engineering team at the Southern Arizona VA Health Care System puts the highest value on helping veterans, whether as patients or employees. That’s why one of the work training programs the department offers aims at veterans studying for associate degrees in biomedical engineering technology. So far, every student they’ve worked with has gone on to find a job in the field.

Another notable program grew recently out of a partnership between the US Army’s 807th Medical Command and GE Healthcare. The Military Extern Partner Program has enabled military biomeds like Michelle James both to perfect her skills as a biomedical technician and to find rewarding civilian employment opportunities.

After graduating from South Carolina State University with a degree in biology, Michelle knew she wanted to work in a medical field, but wasn’t sure exactly what area to consider. Both for the training opportunities and to assure she could provide for her young daughter, she decided to enroll in the US Army Reserve.

Michelle’s uncertainty about what health care specialty to pursue was resolved after she watched an army video about biomedical technicians. After undergoing 52 weeks of training at the Military Education and Training Campus in Texas, she returned to civilian life. But just a few months later, she was called up and deployed to Doha, Qatar, where she serviced equipment at a medical facility.

When her tour ended, she was unsure of her next steps. Her goal was to find work in Atlanta to be near her family, but the right offer was not forthcoming. Then she was invited to apply to the extern program.
She started her externship in March 2012, working with GE Healthcare Services in Sharp Hospital System in San Diego. For the first half of the 9-month program she worked in the biomed shop, then shifted for the second half to working with digital imaging engineers. The externship program, she says, “helped me in so many ways, as a tech, and as a person.” It also, she adds, has helped GE to see “the value of military biomed training.”

After graduating from the program, Michelle landed a full-time job with GE Healthcare Services at Emory University Hospital Midtown in Atlanta. It is in many ways her dream job, allowing her to balance the demands of a civilian career in biomed technology with the needs of her family. She has even decided to renew her commitment to the reserves for another 6 years.

Though Michelle’s military training was essential to her success, she knows she could not have made the transition to a civilian career as readily as she did without help. “If it wasn’t for the externship program,” she told me from her workplace in Atlanta, “I wouldn’t be sitting here right now.” 24×7

The Steris System 1: A Practical Guide