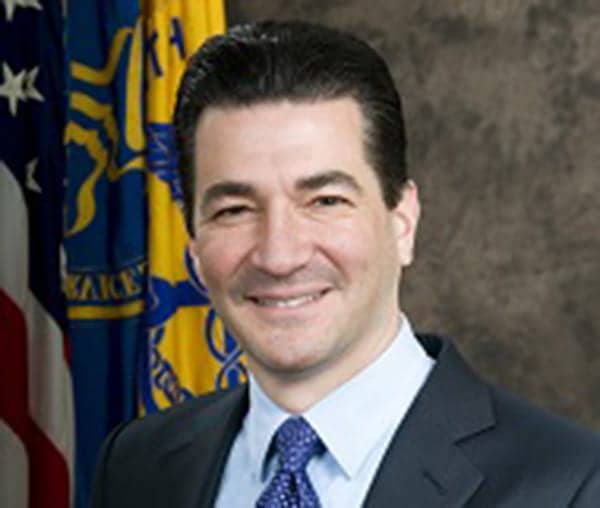 Scott Gottlieb, MD, has resigned as commissioner of the U.S. FDA, after nearly a two-year tenure. His resignation is effective in one month.

Following Gottlieb’s announcement, Health and Human Services (HHS) Secretary Alex Azar issued a formal statement, praising his colleague’s tenure as commissioner. “All of us at HHS are proud of the remarkable work Commissioner Gottlieb has done at the FDA,” Azar said. “He has been an exemplary public health leader, aggressive advocate for American patients, and passionate promoter of innovation. I will personally miss working with Scott on the important goals we share, and I know that is true for so many other members of the HHS family.”

Azar added that Gottlieb’s leadership “inspired historic results from the FDA team, which delivered record approvals of both innovative treatments and affordable generic drugs, while advancing important policies to confront opioid addiction, tobacco and youth e-cigarette use, chronic disease, and more.” The health of the American people is “better off for the work Scott and the entire FDA team have done over the last two years,” Azar said.

Prior to his appointment as FDA Commissioner, Gottlieb served as the FDA’s Deputy Commissioner for Medical and Scientific Affairs, as well as a senior advisor to the FDA commissioner. Gottlieb is a graduate of Wesleyan University in Connecticut and the Mount Sinai School of Medicine.

The Many, Many Causes of Medical Device Failure