‘A Clear and Present Danger’

This is not a review of Tom Clancy’s book of the same name but a statement about our chosen profession. Unlike the situations in Clancy’s book, our clear and present danger is of our own internal making and not from external forces.

We are constantly bombarded in the general press for our problems, and all the “experts” from politics, academia and finance offer up these grand statements on how the problems in healthcare can be fixed. What is truly amazing to me is that these “experts or visionaries” probably never worked in a position where a patient’s life depended on how they did their jobs. If they did work in healthcare, it was in areas with no patient contact. This leads me to that old saying: “You no play the game, you no make the rules.”

So those of us who play the game must start to make the rules to avoid this clear and present danger that we have in healthcare. Here are some of my proposed changes.

1. That the purchasers of medical equipment enforce the provisions of Public Law 94-295 and NFPA 99 (National Fire Protection Association), Section 9-2.1.8.1, which require that schematics, parts lists, calibration and functional testing procedures be provided to the owners of the devices. Just by getting this information, close to a billion dollars could be saved on service annually. We pay the high-dollar service costs because we don’t have the resources to do it ourselves. This would be the first step getting those resources.

2. That the medical device purchasers establish a “Lemon Law” provision similar to the one that governs used-car purchases: If a device fails twice during its warranty period it must be replaced by a new or remanufactured device and the warranty extended for the full period as if it was a new device. This will rid the field of some of the “dog” devices that start out bad and continue for years as problems. This will probably save the purchasers close to another billion. Manufacturers, however, will say their costs will go up. Many claim 99.5 percent uptime when they sell the device but have 10 percent or more set aside for warranty costs. This should not cost manufacturers much, if they are putting out good products.

3. That the designers of healthcare facilities put function before fashion. Keep patient areas simple so they can be cleaned. Design to allow for the movement of people and equipment. Make sure the power outlets are in the right locations and plentiful enough to serve the equipment needs in the area.

4. That we find a way to have universal health coverage for everyone who is here legally. This would be a private insurance that employers or employees would purchase as a requirement to get a job, a driver’s license or have a bank account. The government would set the minimum coverage, various insurance companies would compete for the business, and employers or employees could offer/buy expanded coverage. Also, this insurance would have a “no-fault” coverage so if a provider screws up, you collect from your insurance company. Just think of the savings that will happen if this is in place:

5. That the states be required to use the tobacco settlement money for the purpose they gave for going to court: to cover the healthcare costs of the smokers who get sick. Again, this would reduce the cost of insurance. This is one that really gets my knickers-in-a-knot. My pipe tobacco has gone up in excess of $2 a pouch in the past year, all in taxes, and our governments give us nothing back but grief.

6. That if a company purchases the rights to a discovery that was funded by the NIH (National Institute of Health) or another government agency it would pay that agency for the discovery, not the people who did their work under a grant. In the present scheme of things the discoverers get paid twice. That isn’t fair to those of us who both pay for, and need, that discovery.

Why will these points probably never come into being? First, there are the advocacy groups that make a living preventing change. Second are the lawyers. (I will be happy to start a fund for staving lawyers if this happens.) Third, there are the companies that sell the medical instruments and supplies; their profits from service would be reduced. Finally, there are our political leaders. They would loose campaign funding sources and may have to make hard decisions, such as: Does the public benefit more than the special interests?

These are some of my thoughts on how to make healthcare affordable. You will notice that there are no new taxes proposed, just suggestions for moving around existing funds and making sense out of a truly broken system.

When you think about it, isn’t that what we do every day – fix broken things, make something work that isn’t working and do it with no extra funds? Our new motto could be, “We play the game, and we are making the rules.” 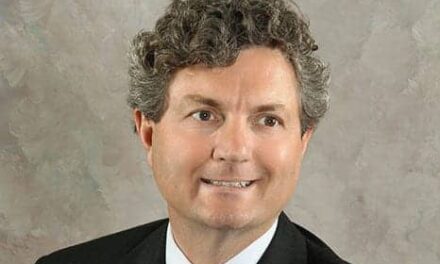 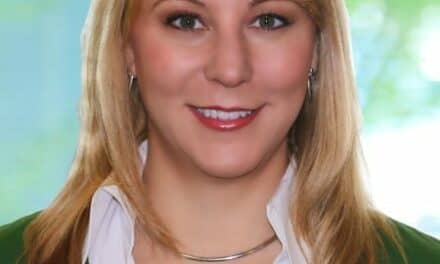 How the Internet of Things Will Affect Hospital IT Strategies