In its report “To Err Is Human,” the Institute of Medicine reported that medical errors accounted for 98,000 deaths nationwide—the eighth-leading cause of death in the United States. Since that time, there have been many competing proposals for fixing the problem from many entities—federal and state governments, professional associations, and hospital groups.

In addition, according to Matthew Baretich, PE, PhD, president of consulting firm Baretich Engineering, Fort Collins, Colo, there has not been consensus on several issues: voluntary versus mandatory reporting, anonymous versus confidential versus open records, appropriate agency for reporting, and differences in access and acceptable use of data.

One solution, lauded by the Joint Commission on Accreditation of Healthcare Organizations (JCAHO), is the Patient Safety and Quality Improvement Act, (S 720) passed by the US Senate on July 22. The act would establish a system for reporting and analyzing health care errors and adverse events in an environment that is free from blame. According to the text of the bill, many organizations collecting patient safety information have expressed a need for protections that will allow them to review protected information so that they can collaborate in the development and implementation of patient safety improvement strategies. ‘Currently,” it continues, “the state peer review protections provide inadequate conditions to allow the sharing of information to promote patient safety.”

Dennis S. O’Leary, MD, president of JCAHO, says the bill “brings us one step closer to what we hope will become a major victory for America’s patients, health care professionals, and health care organizations. Allowing health care errors and serious events to be reported in a voluntary and confidential manner, without the threat of legal repercussions, will provide opportunities for all of us to learn from mistakes and actively pursue specific improvements in patient safety.”

If signed off by the president, what impact will this bill have on biomed departments? In Baretich’s opinion, although reports of equipment-related incidents are already mandatory through the FDA Medical Device Reporting system, that system hasn’t worked very well. “Whatever new system is put in place,” he says, “would not entail much more work for clinical engineering personnel. It is certainly something to watch.”

And watch we will. The bill must now go to conference to be reconciled with an earlier bill passed by the House and then will go to the president for his signature. At press time, a spokesperson for JCAHO says the Senate had selected the members for the conference committee, but the House had not. We guess that not much will happen until after the election, but we, like JCAHO, look forward to the president’s sign-off on this initiative to improve the safety of health care for all patients.

ICC Prep: A Year in Review 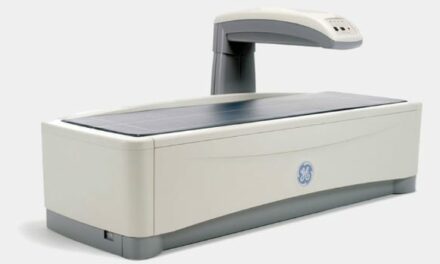