Let me start off by saying that I have always considered the Joint Commission on Accreditation of Healthcare Organizations (JCAHO) good at setting goals but poor on seeing that the goals were “doable.”

On July 24, 2002, the organization announced national patient safety goals. My first response: That’s a good thing. Then I read the goals: No problem for most of us — until I came to the second part of goal No. 6.

The first part of the goal is reasonable. It states, “Implement regular preventive maintenance and testing of alarm systems.” Most hospitals are doing that now — or are they? Stop and think how many alarm systems are in a hospital. It can be more than 40. Who does the testing and where is the documentation is a simple problem to solve. A not-so-simple problem is finding all the alarms. Sometimes you just have to press the button and see what happens. One hospital I know that had several alarms to call nursing support from surrounding units stopped using them some years back, but they were still on the wall. That could have been an “oops!” at inspection time.

The second part of the goal is where, in my opinion, we have major problems. It states, “Assure that alarms are activated with appropriate settings and are sufficiently audible with respect to distances and competing noise with the unit.”

First, let’s look at alarm settings. Some monitoring systems have multilevel “alarms,” some of which are “advisories” where you might get a single “bong” or a “flag” on the screen. What do you do if only a few of the parameters available on the monitor are being used for that patient? Who or what determines what makes for “appropriate settings”? Is it patient/condition specific or one setting for all? This is a clinical problem that the medical and nursing staff will have to work out.

The question of hearing the alarms is the major hurdle in this goal. So much depends upon the layout of the unit/floor, staffing levels, isolation rooms and Health Insurance Portability and Accountability Act (HIPAA) requirements. Thirty years ago compliance would have been a simple exercise. Go back to the Electrodyne, Sanborn and AO monitors that were most common in hospitals; all had remote alarm connectors on them which allowed you to put a speaker or buzzer anywhere within 100 feet of the patient. Many of the ICU beds were “open,” where patients were separated only by curtains. Staffing levels were much higher then than now, which also helped in hearing and responding to alarms. Plus we had many fewer devices and alarms.

In the ‘80s many hospitals modified monitors so that the alarms triggered a nurse call light outside of the ICU room as curtains gave way to solid walls. In the late ’80s and early ’90s we looked to the MIB (medical information bus); that was going to capture all alarms, keep track of where your equipment was and its condition, and allow you to run diagnostic programs on devices to solve all of our problems. Well, the MIB is still a dream, the Safe Medical Device Act of 1990 (Public Law 101-629) and risk managers basically stopped any equipment modification, and now JCAHO has new goals that could be solved with old technology that is no longer available.

What do we do?
Hospitals will have to look at many things to reach this safety goal; it will not be a quick process and probably will require some capital expense. It may also require changes in staffing levels and work rules that could add expenses to the hospitals, and many may not be able to afford those expenses at this time.

What are our options? Do we try to put wireless attachments on devices that will show alarm status of devices? Do we push for the MIB? Do we use intercoms on remote rooms or in medication rooms? We cannot change devices to add volume to alarms or change tones without getting into legal complications. The goal can be reached, but the cost of reaching it may be too great at this time at every hospital, in every unit, under every condition. It can be done, but it will take both time and money along with getting all the manufacturers involved.

I think that the JCAHO needs to back off on this part of the goal and allow the normal progression of technology to solve it. We on the technology side have to carefully review the various options and select the best one for each hospital. A one-solution-fits-all mentality will not work.

In this case I feel that the JCAHO is adding to healthcare costs, and the consumer is getting very little in return. 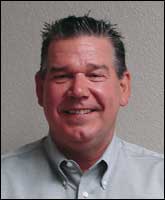