Med Gas Mistake Kills Two in New Haven
“All systems failed,” said Alan S. Kliger, MD, chairman of medicine at the Hospital of St. Raphael in New Haven, Conn., at a news conference held on Jan. 16 where it was announced that two patients had been killed in the hospital’s cardiac catheterization lab because of a sequence of human errors and the defective wall outlet connection of an oxygen flowmeter.

Dr. Charles Riordan, Vice President of Medical Affairs at the Hospital of St. Raphael, holds up an oxygen flowmeter at a news conference Wednesday, Jan. 16, 2002, in New Haven, Conn.

“Dot” Herdman, a 72 year old great-grandmother, was undergoing catheterization on Friday, Jan. 11. The decision was made to give her oxygen. But the flowmeter was actually plugged into a nitrous oxide outlet. As Herdman’s oxygen saturation dropped, the staff increased the gas flow because they thought they were administering oxygen. Instead, the nitrous oxide asphyxiated Herdman. At that time, the hospital attributed the death to natural causes and no investigation was made.

Sixty-nine year old Joan Cannon entered the cath lab on Tuesday, five days after Herdman’s death. The staff thought they were giving Cannon oxygen, but her condition rapidly deteriorated and she died.

Article questions relevance of Joint Commission
Accreditation by the Joint Commission on Accreditation of Healthcare Organizations (JCAHO) is a poor predictor of the quality of patient outcomes, according to a study published in the January issue of peer-reviewed quarterly Quality Management in Health Care.

University of Michigan School of Public Health professors. John R. Griffith and Jeffrey A. Alexander examined Medicare outcomes by comparing JCAHO scores, submitted by JCAHO, against Medicare inpatient data prepared annually by consulting firm Solucient (Evanston, Ill.) for its “The 100 Top Hospitals” benchmark product. Solucient paid the researchers $10,000 to analyze the “100 Top” criteria, and the article encourages hospitals to use such benchmarks.

The article says there is no relationship between Medicare-based measures of mortality and complications and the scores assigned to hospitals by JCAHO. Griffith and Alexander blame JCAHO criteria, which they call a consensus of what seems to work, rather than practices tested against real performance.

No. Carolina 2001
The North Carolina Biomedical Association held its annual symposium at Pinehurst this year, with over 200 attendees enjoying good food, fun and a great education over the event’s three days.

Below, Joseph (Joey) M. Cahoon, CBET, Assistant Manager of the Biomedical Department at University Health Systems of Eastern Carolina/Pitt County Memorial Hospital, listens at the awards luncheon moments before he was named Hill Rom Professional of the Year.

Prior to Morse Medical, Toba was with the multivendor program of Philips Medical Systems, and had managed clinical engineering programs at VA Puget Sound Health Care System and the Providence campus of Swedish Medical Center.

Medical glassware is currently within Richardson’s Medical Systems Group, which posted sales of $40 million in the fiscal year that ended May 31, 2001. Medical glassware accounted for approximately half of those revenues.

A typical inventory management project will begin with Choice utilizing its inventory management system, experience, and in-depth analysis to determine the best locations for inventory in its network of over 160 Strategic Stocking Locations (SSLs). Once locations are determined, Baxter’s Prophet application will generate an optimized inventory plan by part, by location.

According to a statement issued by AmeriNet, Intermountain facilities will be able to choose from a variety of Masterplan programs, covering on-site maintenance services ranging from single modality to comprehensive maintenance programs on diagnostic imaging and clinical medical devices.

Senior industry analyst and study author Amith Viswanathan calculated the market for integrated RIS/PACS products generated revenues of $150.6 million in 2001, adding that it “will attain a market size somewhere between $500 million to $784 million annually in the year 2004.” 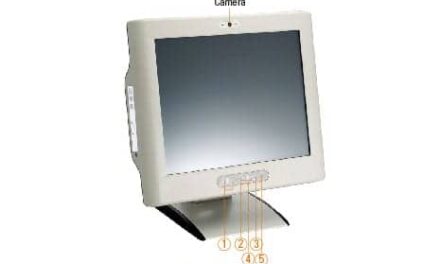 The Nucleus of Oncology Service