Radio Check, Good Buddy?
New Telemetry Rules Forcing Healthcare to Grow Up
Healthcare is getting a home of it’s own in the radio frequency spectrum (see July/August, page 7), but with ownership comes added responsibility, so the FDA issued a public health advisory to hospitals and nursing homes on July 10, warning they could lose their current borrowed bandwidth very, very soon.

“We recommend that you determine if your wireless medical telemetry systems are at risk of electromagnetic interference and take the appropriate action if necessary,” reads the advisory. “In doing this, we recommend that you consult with the telemetry equipment manufacturer. This action should include, at a minimum, determining at which frequencies your telemetry systems are currently operating and comparing that data with the frequencies allocated to digital television in your area and the PLMRS [Private Land Mobile Radio Service] band.”

TV gets the most press, but the biggest problem lies in the popular 450-470 MHz range where the presence of medical telemetry prevented the primary users of the spectrum, the PLMRS (two-way business radio), from expanding. Now that telemetry enjoys designated bands, the FCC will lift the five-year-old freeze on new two-way frequency assignments. Medical telemetry systems that interfere with business users must clear the air. The FCC will begin accepting operating license applications for PLMRS users in the 450-460 MHz telemetry band on Jan. 29, 2001, and applications for the remaining 460-470 MHz. region three years later.

Older equipment has a mixed fate. The FCC’s Hugh Van Tuyl explained, “We set a deadline of two years, after which we will no longer issue equipment approvals for medical telemetry equipment operating in the TV or the Private Land Mobile Radio Service (PLMRS) bands. Equipment approved in those bands before the deadline may be manufactured, sold and operated indefinitely.”

So older designs may remain on the market and it will be up to the customer to determine if that equipment is safe from interference and appropriate for use. The FCC isn’t forcing hospitals to replace working equipment.

The FDA recommends moving to new telemetry frequencies if a spectrum audit reveals conflicting TV or two-way allocations, and the FDA suggests using equipment designed to operate in the newly designated telemetry bands when possible.

For the purpose of regulation, the FCC considers the new Wireless Medical Telemetry Service to be an extension of the notorious Citizen’s Band. Facilities that meet the strict FCC definition for healthcare telemetry can operate on the new frequencies without a license. Instead, facilities must register with a private “Frequency Coordinator.” The Coordinator has not been crowned, but it will be free to set its own fees for telemetry registration. Equipment operating under the previous rules will not need registration.

Murray John, a biomed manager for Auckland Healthcare Services, explained, “The major in-house groups provide a comprehensive and wide-ranging service and, in reality, due to the remoteness of New Zealand from the international OEMs, these groups have filled the role of efficient and cost-effective multivendor service providers for many years.”

There is only one domestic medical device manufacturer in the country, so most service calls require dispatching a tech from Australia — or occasionally even the U.S.A. — and Kiwi service groups rely on overseas manufacturers for test equipment and spare parts. This has inspired the exploration of alternatives, such as using a second source when local equipment agents do not keep a required part in stock.

Electrical power in New Zealand is typically 230 VAC at 50 Hz.

John said the composition of an in-house biomed department depends on the individual facility. For example, in Auckland there are facilities with 40 biomeds on staff, while smaller operations may combine a limited in-house team with a mix of manufacturer and third-party service.

The majority of New Zealand’s hospitals are government-support through the Health Funding Authority (HFA) and there are private hospitals funded by private medical insurance. The number of private community-based medical centers is increasing, and the public institutions have seen a great deal of effort over the 5-8 years to adopt successful commercial practices.

New Zealand has produced a plethora of great distance runners, but biomed is facing a hurdle that gets harder to jump every day. As international manufacturers consolidate, local reps are eliminated, and biomeds must learn to “do-it-yourself” according to John. So far, manufacturers have not seriously attempted to market multivendor service.

Hospitals in this nation of islands are working towards international accreditation. For example, in-house groups in Auckland and Christchurch are ISO 9002 registered. Many Kiwi biomeds get their training in the military, and although there is no national organization to representing biomed techs, clinical and biomedical engineers can join the Australasian College of Physical Scientists in Medicine. 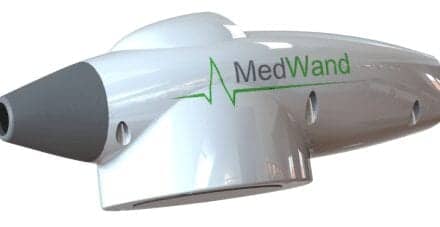