Reaching Outside the Box, Part 2

My Editor’s Note in the July issue struck a chord with John Storch, secretary of the Biomedical Association of Southeastern Wisconsin (BASW). Storch, with the West Allis (Wis.) Memorial Hospital near Milwaukee, dropped me a note, then talked with me over the phone about how the BASW — much like the New England Society of Clinical Engineers (NESCE) mentioned in that July column — is “reaching outside the box” in an effort to foster a greater awareness and appreciation of Wisconsin biomeds.

Storch recalled that when nationally recognized expert Ode Keil spoke at a BASW meeting about the JCAHO’s Environment of Care, the group opened its meeting to managers. When a local computer consultant talked to BASW members on the topic of HIPAA, IS was invited. Currently the BASW plans to ask a law firm to address issues regarding equipment-related incidents and to invite risk management to that presentation.

Before I could even ask Storch some version of “What’s in it for BASW?” — why court other healthcare professionals? — he volunteered this explanation:

“I think that biomeds can really get their fingers into a lot more areas than fixing equipment,” he began. “Now it’s more: Is it biomed or is it IS? We want to show IS, for example, that we’re capable of covering some of that gray area, maybe pick up added responsibilities and in the process, make ourselves a little more valuable to our institutions. Also to show to other people, like risk management, that here’s something we can get involved in together, and these are the benefits we can provide to you. If we do go through with the law firm and incident discussion, obviously one area where we could be involved is in the incident investigation. And if we get some support from other occupations, like the legal profession, maybe people who don’t normally interact with us will see us as a greater value to themselves.”

“Nobody knows who we are, and the only way to really get around that is to do things together, to start educating people,” Storch contends. “Nothing beats getting people together.”

“Summertime … and the livin’ is easy,” or so goes an old song. Those lyrics seem especially tailored for August, when just about everyone slows down, takes a break and heads for the hills, or the beach, or just a shady spot in the backyard. Or maybe you’re a biker BMET whose idea of relaxation is to rush headlong into summer much like the biomeds in the story on page 28.

Whatever your passion, it always goes better with August. The summer’s too short not to indulge. 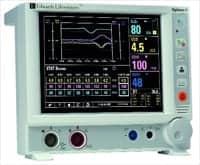