You have probably seen those funny-looking checkerboard blocks that are showing up all over the place these days. They are called QR codes or Quick Response codes—similar to the more common bar code. Rather than a linear—called “1 dimensional”—depiction of 1s and 0s, as in a bar code, the QR code system uses a matrix, or “2D,” that can be read quickly in various orientations and can contain a lot more information than their simpler bar-code cousins. In addition, the application needed to read and carry out the imbedded commands in QR codes can be easily downloaded into smartphones—or they may come already loaded in a new smartphone. The phone then uses its ubiquitous built-in camera to scan, read, and carry out the coded information.

QR codes were first used in the mid-1990s automotive industry to track car assemblies as they traveled down the manufacturing line at Toyota subsidiary Denso Wave. They developed the code to be read at high speed and to carry more information than the typical bar code. In terms of licensing, Denso Wave still owns the patent rights but chooses not to exercise them (US Patent 5726435). You can find all the grim details in the current standard “ISO/IEC 18004:2006 Information Technology—Automatic Identification and Data Capture Techniques—QR Code 2005 Bar Code Symbology Specification.”

The Universal Product Code (UPC), the bar code that we use most prevalently in the grocery store, can support only up to 12 digits (numbers only). While only 12 digits or bytes in length, it still has the ability to represent more than a trillion unique codes (or about the number of different kinds of screws in an x-ray machine). However, the common UPC is only one use of similar-looking bar codes that first made the scene in the late 1940s, originally intended for railcar use, so it has lasted a good long time—and I suspect QR codes will, too.

In health care today, QR codes are used in a variety of ways, mostly from the marketing function. A hospital can use a QR code in magazine or newspaper ads that contain uniform resource locators (URLs)—a Web site address—that link to specific Web pages within the facility’s Web site to help women schedule mammograms, for example. A woman will use her smartphone to capture the QR code to go directly to the page in the hospital’s Web site for booking appointments. The QR code makes it easy for her by not having to navigate or look around in the hospital’s Web site for scheduling her mammogram. Athens Regional Medical Center, Athens, Ga, says it saw a 15% increase in visits to the mammogram form. It also thinks that those who use the QR code to visit the online mammogram request site are more likely to actually schedule an appointment.

QR codes can also be used throughout the hospital, containing maps and information on how to get to various departments—radiology, for example. These convenience functions for mobile phone users are called mobile tagging. QR codes can be used to display text or maps, add a vCard to your contacts, or open a URL. Users can generate their own QR codes for others to scan and use by using free apps found online.

With all these possibilities, the largest barrier to the use of a QR code seems to be lack of awareness of what a QR code is. One survey found that 43% of people had no idea what a QR code was or that they needed a smartphone to use it (26% also said they didn’t have a smartphone). However, another survey says it sees a huge increase in smartphone usage, with around a quarter (27%) of adults in the United Kingdom now using smartphones. And still another survey claims 14 million users in the United States used a QR code in the first half of 2011. It looks like it is still gaining momentum, so we’ll probably be seeing more of them popping up all over. However, the lesson here is that if you are planning on using a QR code soon to drive traffic to a specific page in your Web site, then add the printed or written-out URL as well for those without a smartphone.

Marketing people can add information to the code indicating where it is located. For example, you can add information about where and when the mammogram appointment codes get published so you can focus your marketing in the areas that generate the most hits. You may find out that codes printed in the back of the magazine may have more appointment hits than those printed in the front. You might see that women waiting for a city bus will scan a code in the hospital’s ad.

There are six versions of the QR code commonly in use today. For the most part, each version has more data-storage capability than the previous.

The typical QR code will have three bigger blocks in three of the corners. These are used primarily for positioning when reading. The format and version data is located next to these three blocks. There should also be a white space around the entire code for a “quiet zone.” The QR code is black or dark blocks on a white or light background.

The QR code can support a fair amount of error correction, which means that you can get pretty artsy with what the code actually looks like before the error detection fails to replace the right bits in the right order. Error-correction rates vary, as in the typical Reed–Solomon error-correction algorithm, with four error-correction levels. The data is represented in terms of “code words” of one byte each. The approximate error-correction capability at each of the four levels would be:

Read past “Networking” articles by searching our online archives.

Using a scheme like this can really help drive a successful communication but will also limit how many of the “pixels” or data points can be used for data.

Security will be a concern as it is quite easy to generate an alternative code to yours and place it on a sticker right over your code in your ad. Unfortunately, there does not seem to be a lot of encryption schemes out there. It could be kept to higher-level use like Japanese immigration that uses encrypted QR codes when placing visas in passports. Security is ultimately up to the individual and to the reading portion of the QR application running on your smartphone. Since URLs are a popular piece of info in QR codes—like in a strange URL coming to you via e-mail—you can be taken anywhere, get
infected, and become part of a botnet. It can take over your camera and microphone recording your meeting. It can use its GPS to see where you are or see all manner of sensitive information like passwords, files, contact lists, and transactions you have made, and corrupt your privacy settings and steal your identity. These are all serious security breeches to consider.

The bottom line is that QR codes are useful for a number of reasons, but they can also represent another security risk to assess and decide on mitigation needs or requirements. As in any technology new to health care, it pays to take a deeper look and decide if any actions are warranted. Like Barney Fife from The Andy Griffith Show says, “Nip it! Nip it in the bud!” 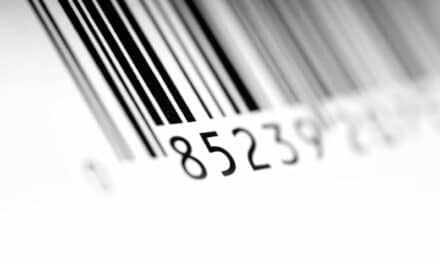