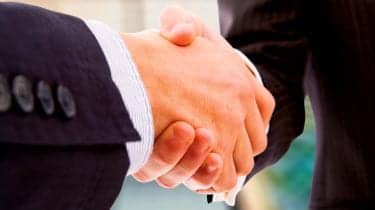 The best road to take to successfully resolve a conflict is to handle it quickly, because long-running conflicts can result in low productivity numbers.

This is a continuation of the previous article on personnel management/supervision that appeared in the November 2011 issue, which discussed communicating with all staff. In this article, we will discuss resolving disagreements and conflict among staff.

We should try to avoid conflicts in the work environment. However, when people work together, conflicts are unavoidable. Working together and understanding the role of the other person can help resolve conflicts. If a person spends their workdays angry with a coworker or trying to avoid that person, the work environment becomes hostile and productivity suffers.

You cannot win a conflict at work. It can be satisfying to win a conflict and get the outcome you may desire—despite what the other person wants. However, the underlying issue may not get resolved, and the problem may reappear later. It is much better to resolve a conflict rather than win a conflict.

Unresolved, long-running conflicts can result in a rivalry, a breakdown in communication, unproductive teams, anxiety, and low productivity numbers. The cost of no action when conflict is present is high, and unresolved conflicts make people very unhappy at work.

Conflicts Are Inevitable at Work

There is no workplace that is without a conflict. Whenever people are occupied, dedicated, and enthusiastic, conflicts and disagreements will happen. If a conflict happens, it does not mean that it is a disaster. Sometimes a conflict can be the beginning of a learning process for the organization.

An effective biomedical/clinical engineering manager is the one who handles the conflicts constructively. Even the best and most efficient biomedical departments have conflicts. It happens particularly when a biomedical department is changing and growing. New people bring novel ideas to the workplace, and as they are implemented, conflicts are inevitable. There can be no process change in the department without a conflict. It becomes harmful when disagreements go on for a long time with the two parties refusing to move from their position. Discord in the department should not reflect badly on the manager or between two persons; it means that one cares enough to disagree. However, it is important for the manager to do something about the conflict, instead of just letting it go on forever.

Letting a conflict escalate without addressing it can lead to a volatile situation, such as the one shown in the cartoon at this link:

For the biomedical/clinical engineering manager, the most important thing in successfully resolving a conflict is to handle it quickly. It may be tempting to wait, in the hope that the disagreement will resolve itself, but it usually does not happen. A conflict can escalate if nobody does anything, and, in most cases, it gets worse with time. It may not be pleasant to engage with the conflicting parties about the issue immediately, but it can get even more unpleasant after the dispute has been unresolved for a long while.

In the beginning of a conflict, the simple and most effective approach is to ask questions or seek clarification. If someone has done something that upsets you, if you do not understand a person’s viewpoint, or if you do not understand their actions, you need to ask questions and seek clarification. We should not assume bad faith on anyone else’s part, and we must think that they have a good reason to do the things they do.

How to Resolve Conflicts

The following steps can assist you in constructively resolving conflicts with others. These steps can also guide managers in mediating disagreements between two parties.

Invite the Other Person to Meet

Ask the other person to talk about the situation. A quick conversation in your office or between e-mails and phone calls usually does not solve anything. You need an undisturbed location and time to tackle the issue. Keep the accusations, assumptions, and mutual attacks out of the conversation; it will help to reach a solution. It is important that you prepare for the meeting and write down notes to each step so you know what you will say. Make sure you ask the other person if they agree with your opinion and if they would like to add anything.

Try to describe the facts of the situation as objectively as possible. Also, explain what is actually happening as well as when and how it is happening. What is the other person doing? What are you doing? You should cite observable facts, and you are not allowed to assume or guess at what the other person is thinking or doing.

Ask for Forgiveness for Your Part in the Conflict

If you are completely without fault in the conflict, you may omit this step. It does not happen too often. Usually, everyone involved has done something to generate and continue the conflict.

Welcome and Commend the Other Person in the Conflict

Tell the other person why it is important to you to resolve the conflict. It is always difficult and uncomfortable to praise and appreciate a person you disagree with. This step will help everyone move forward.

Cost of the Conflict to the Organization

Outline the cost of the conflict to the workplace and why the conflict should be resolved. Encourage the other person to look beyond himself and see the conflict from the eyes of others.

Set Goals for a Good Outcome

It’s important to set a goal so both parties know the outcome they are striving for. It will make reaching the outcome a lot more likely.

Request Specific Actions That Can be Implemented Immediately

Find past “CCE Prep” and “ICC Prep” articles by searching our online archives.

This will give structure to a difficult conversation, as well as help minimize assumptions on someone’s part and finger-pointing. It is important to focus on the real problems and develop an action plan.

What if all of this doesn’t work? There is no assurance that the above methods will resolve conflicts. They may or may not. However, even if they do not work, you have the satisfaction of knowing that you attempted to resolve the problem. You have to rise above the conflict for a while, and try to address it positively and constructively.

Conflict with your manager is particularly tricky. As a good manager, you should respond constructively to criticism. However, a conflict with a bad or insecure manager can seriously impact your working situation, and it needs to be handled properly.

Arif Subhan, MS, CCE, is the chief biomedical engineer, VA Nebraska-Western Iowa Health Care System, Omaha; adjunct assistant professor, biomedical engineering, University of Connecticut; and a member of 24×7’s editorial advisory board. The suggestions and views expressed in this article are of the author. They do not represent the views of the Department of Veterans Affairs or the University of Connecticut. For more information, contact . 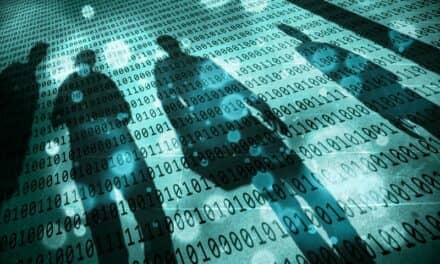 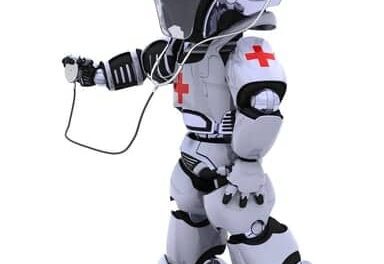 The Rise of the Medical Robots