Probably no technology in common use in hospitals has changed more than ultrasound imaging since its introduction in the early 1960s. In Stedman’s Medical Dictionary, “ultrasound” is defined as sound having a frequency above 30,000 Hz, with diagnostic frequencies that range from 1.6 MHz to 10 MHz. The history of ultrasound imaging starts with SONAR, which is used to detect underwater objects. Shortly after World War II, the Japanese started to investigate the use of sound waves to detect and image objects in and out of the water. In parallel efforts, ultrasound was investigated, mostly in Germany, to detect flaws in metal parts. These industrial applications merged to bring us medical ultrasound.

Why ultrasound and not x-ray or MRI? Basically, that question can be answered as image and cost. In an x-ray, as the beam passes through the body, denser items—such as bones—absorb more of the beam, making the image on film or receptor light, while soft tissue absorbs less, making the image darker and less well-defined. MRI can provide an outstanding image, but the cost is many times that of an ultrasound exam.

Ultrasound is a mechanical vibration that originates in the transducer head—generally called a probe—and travels into the body until it hits something and reflects into the transducer. The reflection is called the echo. The echo is processed, and an image of what caused the echo is generated. As computing power increases, so, too, does the image quality.

The original medical transducers, or probes, were mechanical devices. On one side of the probe head was a transmitter, and on the other side was a receiver. These transducers spun from 5,000 RPM to 30,000 RPM, varying from application and manufacturer. As the head rotated, the send/receive part of the probe was directed toward the patient. The transducer head was filled with oil to eliminate errors introduced by air—a small air bubble could radically change the quality of the images displayed. With many of these early devices, the ultrasound technician’s skills and techniques were more important than the equipment to obtain a quality image. As the cost of computing power came down, manufacturers introduced units with much better resolutions. Now, we are seeing price reductions along with better images.

The original units were generally A-Mode—amplitude modulated—and could pick up internal changes in the body but little else. They could locate a cyst or bullet, but they could not define what was being detected. They could also map an area but could not truly define what was in the area, as they showed changes in the surface of the item being scanned but little detail. A-Mode units are not often used now.

The B-Mode—brightness modulated—unit is most common. Historically, its images were 2-D, but a few years ago, with more computer power, 3-D images became more common. In B-Mode, the image of a slice of the item being studied will show its size, shape, and composition. The grayscale is very important with B-Mode scans, as the shades of gray allow the images to be reconstructed into usable data.

The M-Mode—moving—unit is used to study a moving object, such as a valve in the heart.

While these three imaging techniques have been the most common, many more have been added—including B/B, B/M, and B/D, plus both continuous and pulsed-wave Doppler, which is used for studying blood flow. Unfortunately, not all these modes are described the same way by manufacturers, so we suggest that if you have a mode on a machine other than A, B, M, or Doppler, you should study the manufacturer’s literature to find its definition.

As previously mentioned, the grayscale is very important. Most modern units have grayscale levels of more than 200; sometimes, as many as 300 shades of gray can be displayed. Most people cannot differentiate that many scales, but these scales can be displayed.

The Probes or Transducers
There are several “rules” that you should keep in mind when working with ultrasound probes. Many of them are very fragile; if they fail often, you may want to reinforce their strain relief. There are concave, bi-plane, and linear transducers; most are not interchangeable for exams, even if they have the same frequency. The higher the probe’s frequency, the better its resolution; however, penetration decreases as the frequency increases. This means that a 7.5-MHz transducer will not be suitable for deep abdominal or cardiac studies, but it is excellent for items less than 10 cm from the patient’s skin, such as breast exams. A 2.5-MHz probe is most common for cardiac and obstetrical exams.

A transesophagus probe, used for cardiac imaging, is usually in the 5- to 7-MHz range. As it is placed behind the heart in the esophagus, a common problem is bites. If the physician forgets to put a bite block in the patient’s mouth, the patient might bite down on the probe. Note that this is also a common problem with endoscopes.

Transducers are costly to repair, and some vendor’s probes seem to be more prone to damage than others. To reduce costs, be sure that the probe holders are not broken and that there are not more probes than space in the holders.

In addition to different frequencies, probes may have specific scan areas, often listed as degrees; so a 60Þ probe will image items 30Þ on either side of the probe’s center point. Imaging a smaller area is one way to get better resolution.

The Display
Displays vary widely among manufacturers, ranging from a laptop screen to a large display. The better the screen, the more grayscale is visible. Calibrating a display is not an easy task and is not commonly done in most biomed shops, as test equipment is costly. This may be changing as more biomed shops are starting to maintain picture archiving and communications system displays, making test equipment easier to justify. Keeping the screen clean can be a major challenge in some hospitals.

Other Problem Points
Video printers and VCRs are common failure points. Again, keeping them clean is important. Also, units with fans need to be cleaned regularly to prevent overheating. 24×7

David Harrington, PhD, is director of staff development and training at Technology in Medicine (TiM), Holliston, Mass, and a member of 24×7’s editorial advisory board. 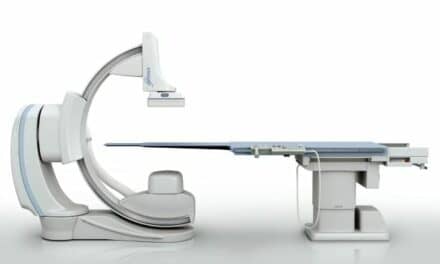 WSBA and OBA Symposium This Week