New Ultrasound Service by TriMedx
TriMedx (Indianapolis) has expanded its company catalog to include ultrasound service, which gives customers a targeted approach to the ultrasound market. The company has added additional expertise and will implement an intense internal cross-training approach. “Not only does this focus give us the ability to improve ultrasound services to our current customers, it also allows us to offer quality services to health care providers whose needs are specific to ultrasound equipment,” said Dave Francoeur, VP of service operations at TriMedx.The new plan also details a curriculum of continuous education for its technical staff, in addition to a low customer-to-service-representative ratio. The company hopes these changes will differentiate TriMedx’s ultrasound offering from others in the market.

What a Fluke: Thermometer Takes Space Voyage
The crew of the US space shuttle Discovery used the 54 Series II digital thermometer from Fluke Electronics Corp (Everett, Wash) to demonstrate space-based repair of the shuttle’s thermal protection system (TPS) tiles during its “Return to Flight” voyage. One of the primary goals of Discovery’s August 2005 mission was to test emergency inspection and repair techniques.

The Fluke 54 and a Fluke 80PK-27 surface probe were adapted for work in space by Swales Aerospace (Beltsville, Md). The equipment was used by crew members Steven Robinson and Soichi Noguchi during their space walk on day 5 of the mission to gauge surface temperatures while testing a “space spackle,” or nonoxide adhesive experimental (NOAX), that may be used to patch small cracks in the thermal tiles if they are damaged during launch or in flight.

During its time in orbit, the thermometer provided accurate readings that helped analysts compare the sealant’s properties under “real-space” conditions with thermal-analysis predictions made prior to the mission. NASA decided to leave the unit with the crew of the international space station rather than bring it back to earth as planned.

“Since it’s vital that any equipment sent into space be rugged and reliable under the extreme conditions of space, NASA required Fluke’s involvement in our modifications,” said George Tansill, mechanisms engineer for Swales Aerospace. Tansill noted that the thermometer required few changes to prepare it for its space voyage.

The device was enclosed in a protective aluminum chassis with a plastic window over the screen and was wrapped in a multilayer blanket of protective Mylar to prepare it for space duty. This protective covering allowed the Fluke 54 to stay within its operating range outside the shuttle for up to 8 hours. In the event of a cosmic-particle strike, Swales engineers installed an external switch to disconnect the Fluke 54 battery and automatically reset the software. The space thermometer was also modified for single-button operation for the one temperature test required. The 80PK-27 industrial surface probe was shortened and attached rigidly to the aluminum chassis.

The automation of paper-based processes has led to improvements in work flow, resulting in reduced time-to-repair, improved customer satisfaction, and increased job satisfaction among field technicians, according to STERIS.

“The ruggedness of the Toughbooks was an obvious concern, because our techs are working around water and steam,” said Charles Forsyth, VP of North American operations for STERIS. “They also use computers just like they use other tools—they’re thrown in their toolbox or sliding around in the van. In addition, we found in Panasonic a partner who understood how field service organizations work, and who was committed, through ongoing service and support, to ensuring that we always stay up and running.” 24×7 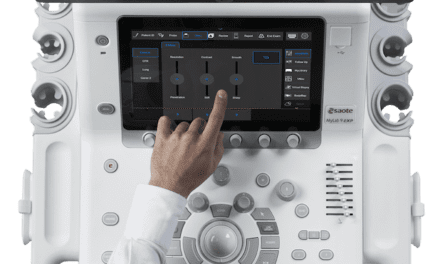 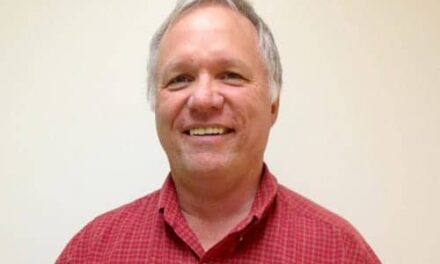