Did any of you from Chicago or Houston notice marked peaks and lulls in service calls during the last few weeks of October? Did your hospital’s emergency department (ED) personnel seem swamped one minute and bored the next? Or were you too busy to notice, what with checking the scores of the Major League Baseball World Series games in between performing scheduled preventive maintenance on monitors and IV pumps?

If you answered yes to the latter question, you probably aren’t alone.

Lucky for us, a group of researchers did pay attention to hospital traffic during last year’s American League Championship Series (ALCS) between the New York Yankees and the Boston Red Sox. Their study, published in the October 2005 issue of the Annals of Internal Medicine, showed that ED visits in Boston rose and fell in accordance with how well the Red Sox were playing during the games of the 2004 ALCS and World Series. When the Red Sox were losing, ED patient volume spiked. When the Sox took the lead, ED visits waned considerably.

And while that finding certainly surprised me, apparently, the fact that fewer patients checked into the ED during the World Series came as no shock to the researchers, who called such occurrences during major sporting events a “familiar and welcome phenomenon [among emergency physicians].”

This latest study on the topic simply extended that knowledge by showing that the games with the highest ratings yielded the lowest number of ED visits, and vice versa.

“These results suggest that engagement with televised broadcasts of major events is one factor in patients’ decisions to seek emergency care,” the investigators wrote.

So, does this mean that the way to ease the burden on the overworked health care system (thereby reducing costs and strengthening your job security) is by just having more interesting television to watch? Maybe, maybe not, but one thing it does seem to prove is that timing truly is everything.

And right now, it is time for me to say goodbye to all of you, as I am stepping down from my position to pursue personal and professional goals out of town. Thank you for your help in making this magazine a success. Your feedback and your contributions over this past year have been invaluable. For instance, nearly 2,000 people filled out the compensation survey this year—that’s up more than 50% from last year!

Your work is so important, and I’ve been extremely lucky to get a glimpse into your lives. Best of luck to you all. 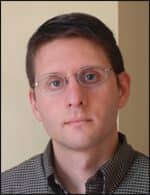 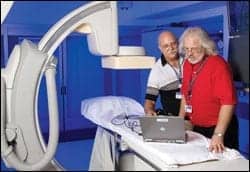 Bringing It All Together