LASER is an acronym meaning Light amplification by stimulated emission of radiation. Albert Einstein first theorized about the process that makes a laser possible in 1917; in 1924, SN Bose described light as a gas consisting of photons. It wasn’t until 1954 that engineers at Bell Labs demonstrated the principle by constructing a MASER. In this experiment, microwaves were used, hence the M instead of the L. It wasn’t until 1960 that Theodore Maiman of Hughes Aircraft constructed a true laser using a ruby. During the ’60s, laser systems were developed based on rare earth materials or gases. All of the early lasers were continuous wave, meaning the beam was always present.

A beam of 1 milliwatt can cause a retinal irradiance value as much as 10 times greater than that caused by looking directly at the sun.

When, also during the ’60s, it was shown that a CO2 laser could cut tissue like a scalpel and coagulate small blood vessels, it was thought that this type of laser would replace electrosurgery and be the end to the patient burns that electrosurgery commonly caused. The dispersive electrode used for electrosurgery was a large stainless-steel plate on which conductive gel- or saline-soaked pads were placed. However, the laser also had some serious drawbacks, including size, cost, difficulty of use, and damaging effects to adjacent tissue. So, electrosurgery was not replaced; instead, it evolved into a safe surgical method.

The second generation of surgical lasers used pulse technology, meaning the output was not continuous, which made it easier to control. The beam was still “open,” in that the probe was held 6–10 inches from the spot being worked on. However, with this “open” technique, the beam hit anything in the room as the surgeon moved the probe—which was especially hazardous if the surgeon habitually “talked” with his or her hands.

By the ’80s, the argon laser came into widespread use in ophthalmic cases, with Nd:YAG and KTP used in the emerging technology of laparoscopic surgery. By the ’90s, pulse dye lasers were used to remove birthmarks such as port wine stains and strawberry hemangiomas. Q-switched lasers were used for tattoo removal. These were followed by the “scanning” units that changed plastic and cosmetic surgery, allowing for very consistent skin resurfacing. Now, we are inundated with advertisements for laser hair removal, spider vein removal, corrective eye surgery, and “liver spot” removal from the skin of elderly people.

A Class of Their Own
Under the American National Standards Institute’s laser safety standards (ANSI Z136), lasers are classified into various categories.

Class I lasers are limited to 0.4 milliwatts (mW) of power and present no danger to the human eye. Lasers in this class are used in CD players, printers, and survey equipment.

Class IA lasers can have up to 4 mW of power, can be on for a limited time (1,000 seconds), and are used as scanners in supermarkets.

Class II lasers are limited to less than 1 mW of power with a pulse duration of 0.25 seconds. What is not specified is the beam’s minimum “off” time, so this output can appear to be continuous as the human eye cannot react to the “off” time. Class II lasers are typically used as pointers and range finders.

Class IIIA is basically the same as Class II but with allowed power from 1 to 5 mW. This class of lasers can cause damage to the eyes if they are viewed directly.

Class IIIB lasers range in power from 5 to 500 mW, or 10 joules per square centimeter. These will cause eye damage, and protective eyewear should be used at all times. Class IIIB lasers are often used in light shows, but they also are present in some laboratory devices.

Class IV lasers are the most powerful, require eye protection, and are used with nonreflective instruments during surgery. They are widely used in industry and medicine.

Safety Concerns
The optical gain of a relaxed eye is in the order of 100,000, meaning that a 1-mW beam can produce a retinal irradiance value of up to 100 watts per square centimeter (W/cm2). Looking directly at the sun is in the order of 10 W/cm2, so be careful when working around or on laser systems.

Another potential way that a laser can damage the retina is by acoustic shock waves caused by very short pulses; one that lasts less than 10 microseconds can cause tissue to rupture. Many of us are not aware of this problem, as we have concentrated more on burns than ruptures.

We also have to be aware of the laser’s wavelength, as that also can impact whether the beam damages the eyes and skin. Ultraviolet (UV) B and UVC wavelengths (100–315 nm) are mostly absorbed by the cornea, and any damage caused is not long-term in nature. A burn of the cornea is often called “welder’s flash” as the corneal tissue rapidly regenerates, thereby healing itself. UVB and UVC exposure to the skin will make it look sunburned; repeated events can lead to increased skin pigmentation, advanced signs of aging, or skin cancer.

Exposure to UVA wavelengths (315–400 nm) will contribute to cataract formation in the eyes, increased skin pigmentation, and, potentially, burns to the skin. The visible spectrum (400–780 nm) not only contributes to the formation of cataracts, but can cause color and night vision degradation, retinal injuries, and skin burns. The infrared bands—A (780–1,400 nm), B (1,400–3,000 nm), and C (3,000–1,000,000 nm)—can cause corneal burns, skin burns, and cataracts. So, eye protection is critical for the safety of those working with or around lasers.

In most states, lasers must be registered with the state office of radiation control—and keeping registrations current is often an afterthought.

Troubleshooting
Most biomeds do not repair lasers, but many do take a “first look” at problems, as we always should, so in-depth expertise is limited to those with very specific training and test equipment. Some simple problems include loose cables or fittings, open interlocks, or malfunctioning fans or gas regulators. The aforementioned problems are where approximately 75% of the problems occur. Most of the manuals include troubleshooting and preventive maintenance sections that cover these items. Each type of laser is different, so do not use the same procedures for all. Rather, tailor procedures to be model-specific.

David Harrington, PhD, director of staff development and training at Technology in Medicine (TiM), Holliston, Mass, is a member of 24×7’s editorial advisory board. Trever Tiller, is a TiM senior BMET in Farmville, Va. 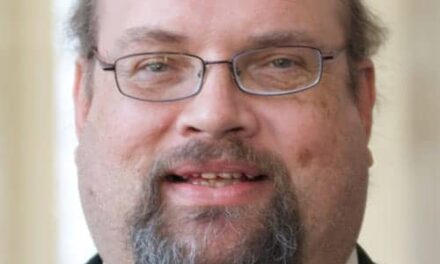