In the course of 6 weeks, four deadly hurricanes ripped through the Southeast portion of the United States, leaving behind a path of damage estimated between $8 billion and $16 billion.

Hurricane Andrew left the street in front of Frank Magnarelli’s home in Miami covered with debris in 1992.

The country responded to hurricane victims with aid in the form of fresh water, food, and shelter. While these items comforted millions, there were many impacted by the storms that sought only words advice as aid in the wake of the disaster.

Almost immediately after the first storm had cleared the coast, a number of messages were posted by biomeds asking for help with regard to handling and servicing water-damaged equipment. Outnumbering the pleas for help were the amount of replies from fellow biomeds located across the country who shared stories of similar experiences. These contributions came in the form of advice on what has been done in the past, what to do now, and what to do in preparation for next year’s storms.

Two days after Hurricane Charley came upon Florida’s southeastern coastline, a biotech by the name of Denis Librandi posted a message on an online industry message board asking for information from anyone who had experienced a heavy water and humidity event such as Hurricane Charley. Librandi stated that he was helping the Charlotte Regional Medical Center in Punta Gorda, Fla, when the hospital was hit full force by the Category 4 storm. The hospital lost all humidity control in the building for 7 days and had major water intrusion from breached roofs. According to Librandi, the hospital endured humidity levels of 94% and temperatures in the high 90s. He further explained that a significant amount of equipment was soaked with rainwater that had seeped into the building through insulation and drywall.

Soon after Librandi posted his request for advice, biomeds from across the country contributed information in an effort to help. Paul Sherman, a biomedical engineer from St Louis, was one of the first to respond to Librandi.

“I was interested in the water-invasion issues Librandi described in his posting,” Sherman says. “Water penetration was something I had an ongoing battle with during the two experiences I had securing equipment during violent storms. It seemed no matter how sealed we thought our building was, water still found a way to get in.”

While serving in the US Coast Guard, Sherman and his crew were responsible for two 3 million-watt transmitters that powered the navigation system for the US military base in Iwo Jima, Japan. In the course of 1 year, Sherman endured two typhoons that threatened to damage the base’s power supply.

“Shutting the transmitters down was not an option,” Sherman says. “If we shut them down, we put a lot of people at risk. We had an area that was at highest risk and we did what we could to prevent water from coming in. Our efforts were limited because the transmitters had shutters for ventilation, which gave us no safe way to seal them so that they could still run. We sealed them the best we could and monitored them for 24 hours straight throughout the 2-day storm. We kept the equipment from getting wet by using the ole’ mop-and-bucket technique. However, I got pretty nervous when I saw water coming in through the cinder-block walls. That was a reality check of how bad the situation really was.”

After Hurricane Andrew in 1992, the biomed department at Miami Children’s Hospital helped board up the damaged roofs of homes such as these.

Although none of the equipment at Sherman’s base suffered water damage, he offered words of encouragement and advice for those who will endure future storms.

“Get ready for water to come in through places you never expected, this includes ventilation systems and light fixtures. Depending on the level of risk, try to keep the system going as long as you can, but don’t be afraid to shut it down to minimize damage.”

Alan Ormsbee of Hilton Head, SC, also contributed what he learned about securing sensitive medical equipment while in the military. Stationed in Korea, Ormsbee endured high humidity and leakage in storage facilities where war reserve equipment was housed.

“Biomeds who have experienced water-damaged equipment are going to face ongoing and premature failures as the equipment is put back into service,” Ormsbee says. “Each pin, edge connector, lamp socket, and connector that is not completely cleaned and dried is a potential short.” Ormsbee warns that as the equipment ages, the components that were exposed to water will corrode and eventually build up resistance with their connectors.

Ormsbee also answers one of the most asked questions by posthurricane biomeds dealing with water-damaged equipment: Is the equipment safe to use again? If a piece of equipment that has been soaked by rain water passes all tests and continues to work as advertised, he recommends putting the equipment back into use. Additionally, Ormsbee strongly advises technicians to inform management of the damaged equipment.

As a seasoned veteran of hurricanes, Frank Magnarelli, director of clinical engineering for the Miami Children’s Hospital, Miami, shared his experiences of surviving the 2004 hurricane season and what his facility does each year to minimize damage.

“Because the location of our hospital is prone to hurricanes, we have a detailed hurricane plan that lists the responsibilities of each department before, during, and after the storm,” Magnarelli says. “Prior to June 1, the official start date of the annual hurricane season, each department head is asked to name the members of its Alpha and Bravo teams. The Alpha team is responsible for staffing the hospital during a hurricane, and the Bravo team relieves them once the storm ends.”

According to Magnarelli, the specific duties for clinical engineering staff prior to and during the storm are light. “We make certain that all backup equipment is stored properly and protected from water damage. During the storm we make routine rounds of the nursing and intensive care areas to provide support where it is needed.”

Fortunately for Magnarelli and his crew, most of the 2004 storms passed north of his hospital, minimizing structural and equipment damage. “The biggest problem we had was that the hurricane moved so slowly that the Alpha team was stuck at the hospital for 3 days and nights,” Magnarelli says. “Previous storms had moved through rapidly, usually within 24 hours. The challenges that we faced during this year’s storm involved coping with families and staff who were into their third day at the hospital. The hospital itself ran smoothly, which demonstrates the quality of our nursing staff and their ability to cope with difficult situations.”

While Magnarelli and his team experienced little damage as a result of the tumultuous 2004 hurricane season, he was eager to share with fellow biomeds a different side to technical support among hospital workers. In 1992, Hurricane Andrew caused damage, mostly due to water penetration, at the Miami Children’s Hospital. The hospital had only one piece of medical equipment damaged by the water, so the role of the clinical engineering personnel, in terms of restoring the hospital to normal function, was minimal. What Magnarelli and others at the hospital did not anticipate, however, was the severity of the damage throughout the community.

“Many of our employees had either lost their homes or their homes had suffered severe damage,” Magnarelli says. “One hospital south of us lost most of its medical equipment, and because the building was severely damaged, it had to be closed temporarily. At that point, we decided that, as a department, we would focus less on our hospital’s equipment needs and more on the needs of our employees and the neighboring hospital that had been damaged so severely.”

Magnarelli’s clinical engineering department helped procure loaner equipment by contacting equipment manufacturers and vendors across the country. The crew asked for the loan equipment, and within a few days, the equipment was delivered to the neighboring hospital.

“Assisting our fellow employees was a different issue,” Magnarelli adds. “Most of them needed roofs patched and windows and doors boarded so that they could leave their homes safely and come to work.”

The department decided that the best thing to do was assist with the patching and boarding process. The department’s finance director allotted $10,000 to be used toward the costs of building supplies. The department then set up a system in its nurse staffing office where nurses could call in giving their address and what they needed in terms of repairs. Each day for the next 3 weeks, Magnarelli and members of his department used the list to schedule repairs.

“The work we were doing was mostly patching roofs, boarding windows, and clearing downed trees,” Magnarelli says. “In retrospect, we never would have envisioned ourselves in this type of role. We thought that after a major hurricane we would be repairing damaged equipment, but that is not what was needed. Instead we became temporary construction workers. I found that the work was very hard, very hot, and very tiring, but when I look back on it, it was some of the most rewarding time I have spent during my career.”

Even if they had no technical advice to offer, biomeds across the country demonstrated their support to those in need by sharing stories of similar experiences as a way of providing comfort and displaying empathy to those struggling in the aftermath of the storms. When assessing the damage caused by four consecutive hurricanes, the sites of destruction and the pleas for aid can be overwhelming, especially from the perspective of those in need.

“Be flexible and be aware that there are many resources and people willing to help, but outsiders don’t always know what you need,” Magnarelli says. “Be specific in identifying your needs because, as we discovered, our greatest needs had nothing to do with our hospital’s medical equipment.” 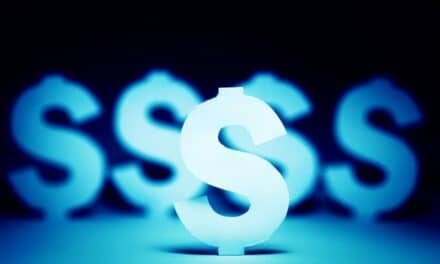 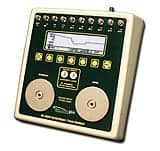