During the last week of April, there was an unsubstantiated bomb threat in Los Angeles. The news was broadcast because the location was specific, a mall near the Federal Building, not far from UCLA. As I listened to the news on my way to work, I wondered what hospitals and other health care facilities were doing to prepare for terrorist threats—biological and chemical as well as bombs. Had their plans been beefed up since 9/11? Were there new programs out there that would help them be better prepared? Most hospitals have updated emergency preparedness and disaster response plans since 9/11, but what more can they do?

I spoke to James P. Keller, Jr, of ECRI about this, and he described a bioterrorism-related project in which he is participating. The project involves, in part, identifying trends that might be seen in a particular region that suggest a terrorist attack or some chemical agent has been affecting patients. For example, he says, “People who are out in the field, like an emergency responder, would take symptom data from patients and download it to a central database. The database would start monitoring trends in the regions and identify clusters of particular types of disease symptoms that might be consistent with a certain biological or chemical agent. This data would be compiled and used to provide early warning that there might be an attack in some region to people in the field.”

Keller and David M. White, from Johns Hopkins University Applied Physics Laboratory, are reviewing this research at the Association for the Advancement of Medical Instrumentation Conference & Expo on Monday, June 7, as part of the Medical Innovations & Research Track. “The purpose of the track is to present new technology so the clinical engineering community has a sense of what is coming down the line. This research involves an early phase of a technology for which the CE may be involved with selecting, providing support for, or maintaining,” says Keller.

Biomeds assume much of the responsibility to ensure that hospitals and health care facilities are prepared to respond to disasters such as biological and chemical attacks. This session sounds well worth attending.

Oh yes, the bomb threat was a hoax. 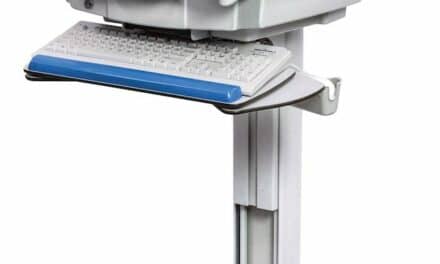