The full moon over long Beach on Saturday, June 14, should have been the tip-off: The tide would turn this 2003 Association for the Advancement of Medical Instrumentation (AAMI) conference — as far as biomeds were concerned.

Come 7 the next morning, the difference became apparent when representatives of biomed societies across the country sat down to a breakfast meeting with members of the American College of Clinical Engineering to hash out ideas that would benefit clinical engineers and biomedical equipment technicians, who may have more in common than they realize.

Meeting organizer Ted Cohen, ACCE vice president, had expected about 25 people to attend the meeting. As it turned out, more than 60 men and women took seats along both sides of a conference table and at overflow tables alongside.

A little later that Sunday morning, the emphasis on biomed continued, with AAMI’s own newly formed BMET Task Force meeting in person to continue the work its 15 members had begun by conference call a couple of months earlier. On Monday task force members got together again, this time to review the results of a survey that had been commissioned by AAMI to — among other things — gauge interest in a national organization.

Sandwiched in between the ACCE- and AAMI-led initiatives, however, was a third biomed-centered effort. That undertaking — born in the biomed community and nurtured by BMETS — offered the strongest undercurrent yet of a turning tide.

Techserve’s Mary Coker, who traveled to AAMI from her home in Virginia, introduced a packed room to the still-in-the-planning-stages “Clinical Technology Support Professionals Organization,” a national body that would be charged with several responsibilities, including — but not limited to — exploring educational standards, creating data repositories and networking local biomedical societies. (See “BMETs Meet at AAMI to Consider National Organization,” p. 8.) For about an hour, Coker and colleagues Steve Yelton of Cincinnati (Ohio) State Technical & Community College and Bob Stiefel, with Johns Hopkins Hospital, Baltimore, held the audience’s attention and answered questions.

Already there’s a proposed board (with more volunteer members than it can handle). Work groups, focusing on such topics as education, by-laws and biomedical organization, have been assembled. There’s even a mission statement.

“We need a national organization for a united voice,” Coker said, days after the meeting. “A lot of times you see the local biomed groups wax and wane, but if they have a consistent pivot point, that will help even out the high and low points.”

Mary, who also attended the ACCE breakfast meeting and has kept abreast of AAMI’s organizing efforts, sees those efforts in a positive light; they can only benefit biomeds in the long run, she thinks. At the same time, however, she can’t hide her enthusiasm for the national group she is working hard to bring to fruition.

“This is the closest we’ve ever come to actually seeing it happen,” she remarked.” The energy is there, the passion is there, the tools are there, and I know that if I back away from this, it won’t happen. And I don’t know when the stars will align again for it to be the right time for it to happen!”

If you’re interested in helping Coker and fellow biomeds flow in the direction of a national organization, give her a call, at (757) 870-7638, or drop her an e-mail, at techserve@cox.net.

This is my last column and final issue as editor of 24×7, as the magazine will be published out of the company’s Los Angeles office beginning with the September issue. I consider it an enriching experience to have worked with 24×7 for the past three years; but, no doubt, the best part has been meeting and talking with so many of you in the course of putting the magazine together. Thank you — for all of it. And who knows? We may cross paths again — somewhere, somehow! 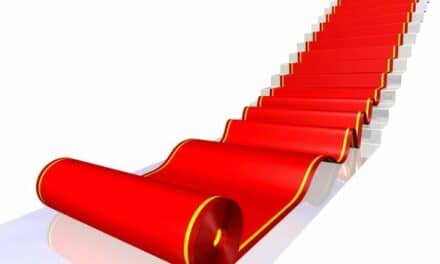