Siemens-Drägerwerk Joint Venture Gets EU OK
The European Union (EU) Commission on April 30 gave its blessing to a proposed joint venture between Siemens Medical Solutions (Erlangen, Germany) and Drägerwerk AG (Luebeck, Germany), but not without imposing several conditions to avoid a market monopoly.

Under terms of the EU approval, Siemens must divest its Life Support Systems segment, which specializes in anesthesia and ventilation devices. The joint venture also must make its patient monitoring systems compatible with patient monitoring devices made by other companies to avoid the emergence of exclusive standards.

The companies said that net proceeds from the sale of Siemens’ Life Support Systems unit will accrue to the joint venture.

Dräger Medical CEO Wolfgang Reim said in a prepared statement that the EU Commission’s decision “assured us that we will be able to get the joint venture under way as briskly as possible.”

The companies plan to develop a seamless integration of acute care information within a hospital’s information technology (IT) network.

BMETS MEETING PUTS PATIENT SAFETY ON THE TABLE
Patient safety was on the menu for members of the Baltimore (Md.) Medical Engineers and Technicians Society (BMETS) at the group’s April 23 dinner meeting held at the Sheraton in Towson, Md.

Members heard a presentation on 2003 patient safety goals issued by the Joint Commission on Accreditation of Healthcare Organizations (JCAHO of Oakbrook Terrace, Ill.), specifically Goal 6 regarding the effectiveness of clinical alarm systems. JCAHO recommends that clinical engineering departments implement regular preventive maintenance and testing of alarm systems, while also assuring that alarms are activated with appropriate settings and are sufficiently audible with respect to distances and competing noise with the unit.

Participants discussed various approaches being used to meet the goal; what hospitals, both large and small, are doing to comply with the goal; and the costs involved with compliance.

The meeting also featured speaker David Harrison, marketing manager, GE Medical Systems Information Technologies (GEMSIT of Milwaukee), Clinical Systems division. Harrison delivered a presentation titled “Clinical Parameters: Back to Basics and Into the Future,” which dealt with the differences in how vendors acquire and process clinical data before displaying it on high-tech monitors and/or wireless devices.

Copestakes, who founded PAMIA in 1973, told the gathering that he will retire from Capital Health System at Mercer (Trenton, N.J.) after 25 years’ service with Mercer and more than 40 years in biomed.

He started his career in 1961 as a medical electronics technician with Telemedics Inc., a division of Vector Manufacturing (Trevose, Pa.), which made telemetry equipment for the military. At Telemedics, Copestakes was involved in the development of the RKG-100, a radio telemetry system worm by a patient, and the Telectrode, the first disposable electrode.

“The search for a cheap connector was solved when our chief engineer, Charlie Rose, realized that the clothes snaps on his boxer shorts would make a good and cheap connector,” he recounts. “The company driver went to Woolworth’s 5 & 10 to purchase some clothes fasteners. The clothes fastener, a Band-Aid patch and a piece of silver screen was the first disposable electrode.”

Copestakes later worked for Roche Medical and, in 1970, took a position at Albert Einstein Medical Center in Philadelphia, where he worked until 1977, when he moved to Mercer Medical, now owned by Capital Health. His employer the last five years at Mercer Medical has been Aramark ServiceMaster (Philadelphia).

Agfa will deploy the Servigistics Service Parts Management (SPM) program across all business divisions, which include Healthcare, Consumer Imaging and Industrial Imaging. The software-only implementation will be managed out of Agfa’s headquarters in Belgium, with initial installations planned for the company’s European stocking locations followed by a roll out to its stocking locations throughout the United States.

Servigistics founder and Chief Technical Officer Michael Landry declined to put a dollar value on the deal but indicated it was a sizable figure.

“We don’t generally talk about size of contracts or revenue,” Landry remarked. “It was obviously a significant global license — [it covers] $100 million of global inventory. It is, as you would expect, a seven-figure deal. It’s that order of magnitude.”

The Servigistics SPM application will integrate with Agfa’s existing systems and eventually migrate to a SAP foundation.

“Agfa needed a solution that would deliver immediate value and seamlessly integrate to its legacy systems, as well as have the ability to transition to SAP and virtually any other transaction system,” Jan Pieter Duijiker, general manager, Agfa Global Logistics Services, said in a prepared statement. “[It] is a strategic asset that will help Agfa exceed the expectations of its global client base across all business units.”

“It’s just as important for decision-making,” Servigistics’ Landry offered, “as far as what inventory should be in what location, the demand, the expectation, the lead time, the importance of the part. That kind of information all goes into the optimal plan and buying, moving, sourcing decision.”

Landry said it is up to Agfa to decide who can access the system at what level. Since the system is Web-based, multilingual and offers data-driven security, parts of the system can be made available to one group and denied to another, he explained.

Implementation was in process in April, with expectations to “go live” in the next couple of months, Landry said.

At the same time, the company promoted Bruce Maden to operations manager from service manager.

Triana will manage new-product development and will be responsible for corporate strategic planning.

He brings to MedEquip an extensive educational background and a wealth of managerial experience garnered during 15 years of employment with GE/Marquette in positions of engineering, technology management and training. Most recently, Triana had been responsible the development of the multivendor depot repair center for GE Clinical Services Inc. (GECSI), headquartered at its service center in Jupiter, Fla.

Since joining MedEquip in 2001, Maden has been a highly visible representative. In his new position, he continues to promote the company, spending more time “on the road,” while also taking on responsibility for coordinating all company operations. In the last couple of years, MedEquip has grown from seven to 25 employees, Maden noted.

For 20 years prior to joining the company, Maden worked for and managed various in-house biomedical programs. He is also an active participant in local and state biomedical organizations throughout the country.

DEMAND GROWS FOR RADIATION THERAPISTS
The call is going out for radiation therapists.

In an annual survey of healthcare recruiting trends and incentives, healthcare staffing firm Allied Consulting (Dallas) has found that the demand for radiation therapists is surging, as more patients require cancer treatment.

Among a radiation therapist’s skills is the ability to operate a linear accelerator to direct cancer treatment for patients.

“It takes a considerable amount of training to operate these machines and there are fewer than 15,000 certified radiation therapists in the country,” John Hawkins, vice president of Allied Consulting, noted in a prepared statement. “We expect there to be approximately 5,000 cancer treatment center sites soon, so the workforce is being spread very thin.”

According to Hawkins, the types of diagnostic imaging devices and the situations in which they are used have increased in recent years, driving the need for imaging technologists.

The number of searches Allied Consulting conducted for certified registered nurses anesthetists (CRNAs) grew 64 percent in 2002, while average salaries offered to CRNAs increased from $118,000 in 2001 to $129,000 in 2002. Some facilities reportedly offered CRNAs salaries as great as $180,000 last year.

DATEX-OHMEDA ADDS MEASUREMENT MODULE TO ‘ADEQUACY OF ANESTHESIA’ SYSTEM
Datex-Ohmeda (Madison, Wis.) recently added to its System 5 product line with the M-Entropy module, touted as an addition to the company’s “Adequacy of Anesthesia” concept.

The M-Entropy measurement module is part of an integrated Adequacy of Anesthesia system that helps clinicians gain a complete picture of the patient’s status. The company says the new module may enable anesthesiologists to ensure faster and more predictable wake-up and extubation, while also helping to prevent unexpected recovery and unnecessarily deep anesthesia.

Entropy is a monitoring modality that provides information on the electrical activity of the central nervous system during general anesthesia. Entropy monitoring uses the Datex-Ohmeda entropy algorithm, an application of spectral entropy based on information theory, to acquire and process raw electroencephalography and frontalis electromyography signals.

Datex-Ohmeda is a division of Instrumentarium (Helsinki).

‘So come up to the lab, and see what’s on the slab’
BrainLab Announces First Installation of BrainSuite

BrainLab Inc. (Westchester, Ill) has embarked on the first worldwide installation of its BrainSuite neurosurgical operating room (OR).

The recipient is Staten Island (N.Y.) University Hospital. Plans are to complete the installation in September and to begin treating patients in October.

“It allows [neurosurgeons] to perform all the high-grade diagnostic scans — MR spectroscopy, functional MR, perfusion tests — they would require to define how well they have done with surgery,” said Doug Garrabrant, BrainSuite manager for North America.

BrainSuite applications include tumor resections, vascular neurosurgery, and aneurysms, as well as less complicated procedures, such as catheter and needle placements. Garrabrant said that some prospective facilities have discussed the possibility of spine procedures and head and neck biopsies with BrainSuite.

“From the neck down, there is not a lot being done now with interoperative MR,” added Garrabrant, “but many sites are interested in looking at this application for procedures, such as prostate seed implants.”

The estimated cost of BrainSuite is between $5 million to $6 million, depending on configuration. The OR would include the Siemens’ Magnetom, related surgical and scanning devices and MR-compatible anesthesia equipment.

As for infrastructure, a facility would need magnetic shielding of the room and a floor that can hold a MRI magnet of approximately 12,000 pounds.

“All the new images are automatically loaded to the image-guided platform and [doctors] are navigating on all new images,” Garrabrant added. “There is no delay.”

BrainLab’s corporate headquarters are located in Munich. The company could have an installation in Europe and four or five orders before the end of the year.

Staten Island University Hospital is a multisite, academic medical center, which offers services such as stereotactic radiosurgery, the Heart Institute of Staten Island, a regional burn center, trauma center, breast imaging center and Center for the Surgical Treatment of Obesity.

The WarmTouch Convective Air Warming System consists of a selection of patient blankets that are filled with warm air though a blower unit, creating a warming system to help control patient body temperature and prevent hypothermia during and after surgical procedures.

Mon-a-therm temperature monitors and probes are designed for use in various clinical settings, including the operating room, the emergency department, postanesthesia care and intensive care units. 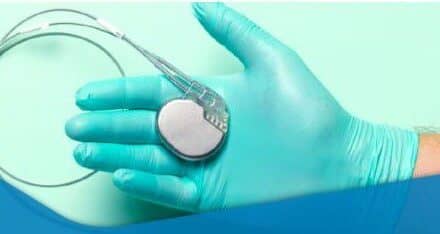 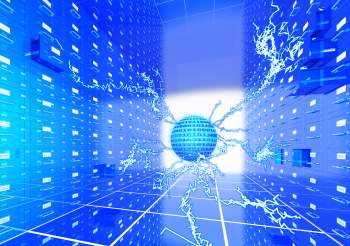