"Follow the money” are three words that too many people who are trying to regulate healthcare don’t seem to care much about. They create new requirements, pass laws and establish new “protocols” without ever looking at how much they will cost. Every new program has another form that must be filed and another set of regulations, often conflicting with what is in use. And there’s always another department to administer the new requirements.

We have people with no knowledge of the field setting rules and giving guidance. For years we have followed the “food pyramid” for healthy eating and have gotten progressively heavier as a nation. Now we learn that the “food pyramid’ was set up by a group of lawyers, not nutritionists or physicians. As was said many years ago, “Say it often enough and loud enough and people will believe it.” It appears that we have been eating wrong for years, and now we pay for the mistakes of others with higher healthcare costs. Can we sue the lawyers for false information?

It is almost impossible to read, watch or listen to the general media without getting blasted by ads for pills to correct everything from dandruff to flat feet. Buy this pill for $1 that cost us 2 cents to make, and your problems are solved! Why the mark up? Well, there was the research, probably done in a medical school on a National Institutes of Health grant paid for with our taxes, then sold to the drug company. There are the marketing costs, the legal costs of defending the drug against other drugs or the side effects of this drug, plus large salaries and payments to consultants and investment bankers. So the patient gets 2 cents worth of medicine, which may make his or her problem worse. But don’t worry: Your insurance will pay for that drug — if it is on your insurer’s approved list and provided you fork over a healthy co-payment. If not, take out a second mortgage.

In the technology arena things are not much better.

We consistently over-buy and under-utilize technology. Just walk through the imaging department at 4 o’clock some afternoon and count the number of ultrasound machines and X-ray rooms with no patients. Would it make sense to run these units a little longer each day and give patients the choice of coming in after work for an exam instead of having to take time off from work?

Or look in an ICU and count the number of invasive blood pressures in use: Does one in 10 sound about right? We spend extra for modular monitoring systems then fully load every bedside, probably overspending $4,000 per ICU bed just because we may need that parameter some day. I am not saying that you should have no reserve capacity, but keep the reserves two or three times the average use, not 10 times or more. Good purchasing preplanning can do a lot to eliminate overspending in the future — if the biomeds get involved.

Hospitals are very concerned about lawsuits against them, so concerned that many have a separate department that seems designed just to keep information on problems from those who may be able to fix the problems. One hospital was experiencing a high number of falls out of geriatric chairs. It was only after the biomeds heard about the problem at lunch that they got involved. The chair had no power cord so no one thought that the biomeds would know anything about it.

Investigation found that there were several problems: the restraints were missing, the chair alarms had no batteries in them, and the seats were tilted forward and slippery. In 20 minutes the problem was solved, but only long after some serious settlements were paid to injured patients.

In another series of cases, patients were not receiving the strength of medicine prescribed via IV. The pump would come to the shop with a note: “under delivering.” It would be run through a performance test, and the pump accuracy was within 2 percent. The biomeds started to ask questions about what solutions were being used and, finally, what was being added to the solutions. The drug in question was being absorbed by the normal PVC tubing — information the biomeds learned when they called the supplier of the tubing. When that was reported back through the normal channels it took seven days to get to the right person who could change the administration protocol for that drug. How many thousands of dollars could have been saved with good communication and cooperation?

These are just a few examples of where money goes in healthcare, other than for patient care. A good part of the solution on high healthcare costs will come from the biomed community with the better utilization of technology, so please share your ideas and experiences with others. 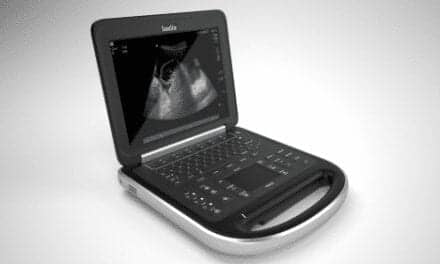